Russia, Ukraine and the facts. An opinion piece by Gregory Lauder-Frost 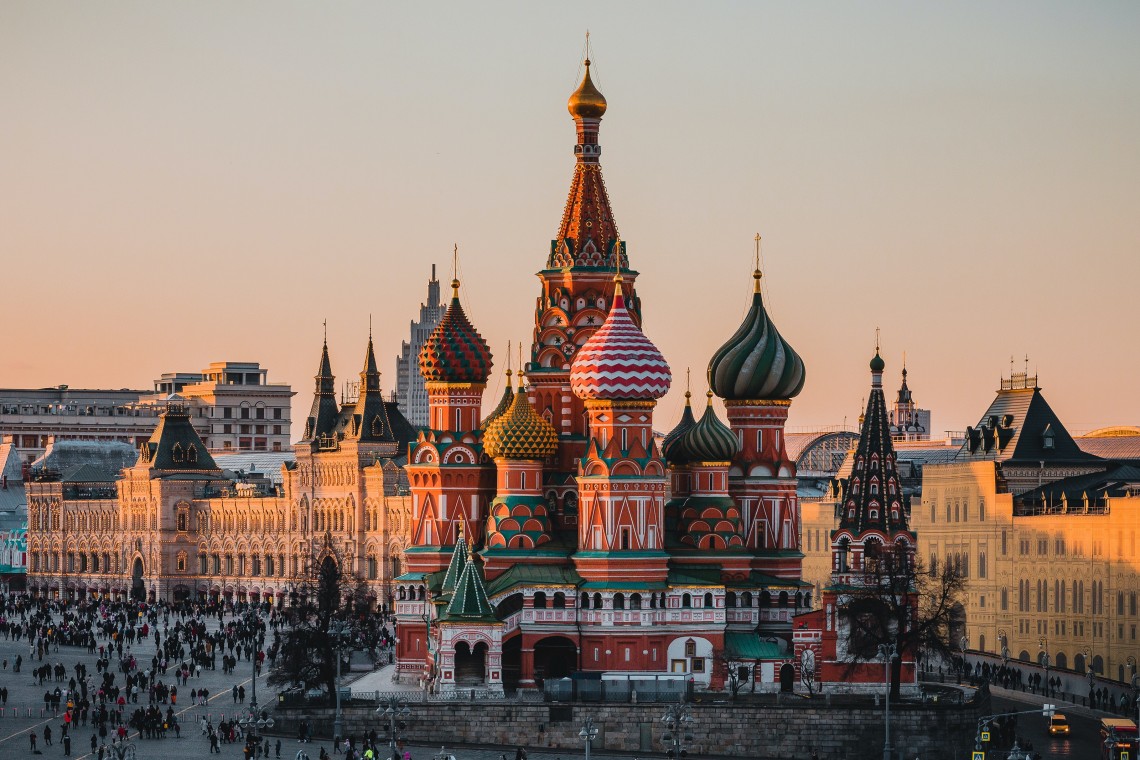 Russia, Ukraine and the facts.

Yes, Putin was a minor KGB operative 30 and more years ago. Most people of any stature in the old Soviet Union played their part in the communist state (see Heller’s: Cogs in the Soviet Wheel). But the Soviet Union collapsed internally in 1991/2.

Yet the CIA/USA/UK/NATO propaganda machines have continued to keep up the Cold War Russophobia with a vengeance, when we should have all all been falling over ourselves to be friends of the new non-communist Russia. In a speech on Saturday 19th March, 2022, Red Chinese Vice-Foreign Minister Le Yucheng criticised the far-reaching Western sanctions imposed on Russia after the conflict with Ukraine commenced and said the root cause “lies in a Cold War mentality and power politics.”

The USA and their poodle, the UK, were involved in the Budapest Memorandum of 1994 agreeing to the old USSR administrative borders of the Ukraine which, two years previously, had unilaterally declared their independence. This was not only clearly wrong but absolutely ZERO to do with the USA and the UK. But as usual Britain simply did the USA’s bidding. NATO, the USA’s proxy force (but sadly which includes Britain) has since 1997 vastly extended right across all of eastern Europe (as well as still including alien Turkey!) and now straddles the Russian borderlands. This was despite NATO saying this would not happen. A document in the British National Archives was cited in a report by the German newspaper Der Spiegel and revealed that the former Soviet Union was promised NATO wouldn’t expand eastward. The document is the Minutes of a meeting between foreign ministry officials from the USA, France, Germany, and Britain, in Bonn, Germany, on 6th March, 1991. Officials referenced the “two plus four” negotiations that were held with the Soviet Union in 1990 to reunify East and West Germany. NATO and Russia agreed to the river Elbe as being the furthest East the expansion would progress.


This pledge by the Western plutocratic powers was broken.

Ukraine is obviously too big, and the USSR internal borders need revision. Russia recovered Crimea, which for centuries they have spilt rivers of blood for, and had a free and fair referendum where three-quarters of the population voted in favour of reunification.

Ukraine meanwhile refuse to discuss anything regarding fictitious borders (as with Poland 1919-1939). The people in eastern Ukraine (which had been part of Russia for 1300 years) took matters into their own hands and started an insurgency aiming at secession. Russia had been pushing Ukraine to implement the Minsk agreements which envisioned a special status for the separatist-controlled territories to give them more autonomy within Ukraine. Kiev rejected this.  It was reported on 16th February 2022 that the Russian parliament, the State Duma, had voted in favour of sending a Resolution to ask President Vladimir Putin to recognize two territories in eastern Ukraine held by the separatists as independent states. The Duma speaker, Vyacheslav Volodin, a member of the ruling United Russia party, said, after the move was approved by lawmakers the previous day, that he will sign the resolution immediately and send it to Putin for consideration. Is this not democracy in action?

In 2014 the USA engineered a coup in Kiev ousting the sitting government and replacing the President with their stooges, and have been busy in Ukraine ever since. When it looked like Ukraine was going to join NATO with American missiles aimed into the heart of Russia, that was a step too far. Russia invaded. Since then the USA has committed $2.7 billion dollars in “security assistance” to Ukraine, proving my points.

It has been argued that Russia by invading Ukraine has broken the undertakings she gave in the Budapest Memorandum of 1994. However, President Theodore Roosevelt previously stated: "The nation has as a matter of course a right to abrogate a treaty in a solemn and official manner for what she regards as a sufficient cause, just exactly as she has a right to declare war or exercise another power for a sufficient cause." (In Theodore Roosevelt, by Henry F. Pringle, 1956, p.309, cited by Professor Edward Hallett Carr in The Twenty Years' Crisis 1919 - 1939 Macmillan, London, 1939, "The Sanctity of Treaties", p.234.)
I see this as having everything to do with Russia and her history, and zero to do with communism. Whatever Putin’s faults, he is a Russian first.

Many traditionalists in western Europe and Britain see Russia as embodying traditional virtues, and I am certain Russia sees the West and the UK as liberal degenerate societies and they would not be far wrong (even though probably a majority of people are neither liberal nor degenerate). Everything we ever held dear and British is being dismantled and/or destroyed by the Liberal-Left and our children are being openly brainwashed with degeneracy and fake history in our educational establishments (if they can still be called that). Laws suppressing free speech are now many.

In those respects Russia is standing firm, and good for them. They have rebuilt cathedrals, churches and monasteries destroyed by the Bolsheviks and set aside part of the budget for the continual maintenance of them all.

In Britain we close churches and give sex lessons to five-year-olds.

Clearly Red China is the world’s greatest threat, but the behaviour of the ‘free’ West has, for the moment, rather driven the Russians into their arms. They were not always on such good terms, notably during the Vietnam War when they were decisively at odds.

But it is wrong to say that Russia today has designs to attack or invade anyone in the West, not least overcrowded Britain. It is also a mistake to say Russia today is totalitarian. Authoritarian maybe, but has that not been the case in Russia for over 1000 years; and would we not prefer a more authoritarian government in Britain to deal with, firstly, the 30,000 illegal aliens crossing the channel annually into our beloved homeland.

The USA/CIA/NATO/UK propaganda continues apace but we need to see the deeper picture? The USA wants world hegemony. They invaded Iraq and over one million people have perished there as a result. They bombarded Lebanon and Beirut (on behalf of Israel) turning it into a pile of rubble where before it had been a delightful outpost of French colonial architecture. They then got their proxies, the Saudis, to arm the insurgents in Syria against President Assad’s government. Syria was a stable country with countless very ancient ruins. Damascus is the oldest inhabited town on earth. Now the country is a ruin. The USA completely destabilised the Middle-East. Then they bombed Libya into rubble and totally destabilised it, then invaded Afghanistan and were ultimately defeated and driven out, as in Vietnam. The UK and NATO shared in this humiliation. You might well ask how the North Atlantic Treaty Organisation has anything whatsoever to do with Afghanistan (or for that matter, eastern Europe or the Middle East).

This Slav family war in the east is none of Britain’s concern whatsoever and we would be well-advised to tell the USA to go to hell and mind its own business, as well as the UK withdrawing altogether from NATO and attending to our own affairs.

Our standpoint should be 'what issues are of interest to us in the UK?'  Given we have no economic interests and no citizens in the Ukraine, we therefore have no reason to be involved in a sphere of the world that does not concern us.  What does concern us are the consequences of sanctions (against a country with whom we are at peace) and these will be severe.

By imposing sanctions on Russia (but not on the USA for its invasion and bombing of countless countries), the UK and the West generally has in reality imposed sanctions on itself, as well as commencing a programme of starvation upon many nations in Africa, which relied on both Russian and Ukrainian foodstuffs.  This will become increasingly evident as the year progresses.

Fuel prices rose sharply after the imposition of sanctions, and so did our energy costs.  The elderly will be unable to afford high energy prices to keep themselves warm next winter.  Many average families will struggle to make ends meet.  This is because the price of energy is traded internationally. European industry that relies on cheap gas from Russia is gradually grinding to a halt, confronted with high energy costs and an absence of supply.   The beneficiary is, in particular, the USA, from which European countries will have to buy expensive alternative supplies.  So laughably, the proposal appears to be to stop being dependent upon nearby Russia and instead become dependent upon far-off USA.

The cost of fertilizer has risen for a typical farmer from £200/ton to £1000/ton because of sanctions.  Simultaneously, diesel prices have risen and there is also a shortage of diesel.   Many farmers are now unable to afford to plant crops and are searching for alternative uses for their land and some in the UK will return it to nature, availing themselves of the ludicrous public subsidies for so doing.  Those who continue to farm, both in the UK and overseas, will charge multiples of last year's prices, because of massive rises in their costs.

In the West, the cost of living will escalate beyond experience as the year continues, and some nations will impose rationing. Across the world, there will be food riots.  Some governments will doubtless be toppled.

This is the reality.  The corpulent blond, blustering oaf in Downing Street is, in his subservience to NATO - now an arm of American imperial policy - visiting hardship and oppression upon the British nation and is bound to face a reckoning.