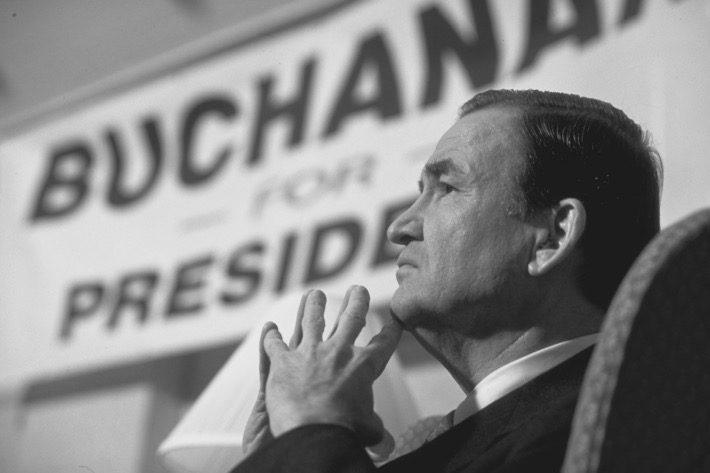 Pat Buchanan discusses the cultural and political implications of a majority non-White United States of America.

John Hope Franklin, the black historian at Duke University, once told the incoming freshers, "The new America in the 21st century will be primarily non-white, a place George Washington would not recognize."

In his June 1998 commencement address at Portland State, President Clinton affirmed it: "In a little more than 50 years, there will be no majority race in the United States." The graduates cheered.

The Census Bureau has now fixed at 2041 the year when whites become a minority in a country where the Founding Fathers had restricted citizenship to "free white persons" of "good moral character."

With my publication of Suicide of a Superpower: Will America Survive to 2025? this writer takes up what this portends. And while many on the left are enthusiastic about relegating the America of Eisenhower and JFK to a reactionary past, I concur with the late Clare Boothe Luce.

In this world, she said, there are optimists and pessimists.

"The pessimists are better informed."

What are the seemingly inevitable consequences of an America where whites are a shrinking minority?

First, the end of a national Republican Party that routinely gets 90 percent of its presidential votes from white America.

California is the harbinger of what is to come.

Carried by Richard Nixon in all five presidential elections when he was on the ticket and by Ronald Reagan all four times he ran, California, where whites are now a shrinking minority, is a state where the GOP faces extinction. John McCain's share of the California vote was down to the Barry Goldwater level of 1964.

When Texas, where two-thirds of the newborns and half the schoolchildren are Hispanic, goes the way of California, it is the end for the GOP. Arizona, Colorado and Nevada, also critical to any victorious GOP coalition, are Hispanicizing as rapidly as Texas.

In every presidential election since Bush I in 1992, Hispanics have given 60-70 percent of their votes to the Democratic ticket.

For Hispanics, largely poor and working class, are beneficiaries of a cornucopia of government goods - from free education to food stamps to free health care. Few pay federal income taxes.

Why would they not vote for the Party of Government?

Second, the economic crisis of California, brought on by an outflow of taxpayers and a huge influx of tax consumers - i.e., millions of immigrants, legal and illegal - will be mirrored nationally.

For though the majority of immigrants and illegals comes to work, and work hard, most now come from Third World countries and do not bring the academic or professional skills of European-Americans.

Third, the decline in academic test scores here at home and in international competition is likely to continue, as more and more of the children taking those tests will be African-American and Hispanic. For though we have spent trillions over four decades, we have failed to close the racial gap in education. White and Asian children continue to outscore black and Hispanic children.

Can the test-score gap be closed? With the Hispanic illegitimacy rate at 51 percent and the black rate having risen to 71 percent, how can their children conceivably arrive at school ready to compete?

Should this continue for three decades, what will it mean for America if Asians and whites occupy the knowledge-industry jobs, while scores of millions of black and Hispanic workers are relegated to low-paying service-sector jobs? Will that make for social tranquility?

Affirmative action is one answer. But this is already causing a severe backlash, and the reason is obvious.

When affirmative action was first imposed, whites outnumbered blacks nine to one. The burden of reverse discrimination on the white community was thus relatively light. Today, however, not only blacks, but Hispanics and women - two-thirds of the entire population - qualify for affirmative action in hiring and school admissions.

And the burden falls almost entirely on white males, who are one-third of the country but three-fourths of the dead and wounded coming back from Afghanistan.

Sociologist Robert Putnam, author of Bowling Alone, has also found that the greater the racial and ethnic diversity in a community, the less social capital there is - i.e., people in diverse settings are far less disposed to cooperate for social goals. They retreat into enclaves of their own kind.

Putnam found social capital at the lowest level he ever measured in Los Angeles, the most diverse community on earth. Yet, by 2042, the demography of every American city will approximate that of L.A.

Can Western civilization survive the passing of the European peoples whose ancestors created it and their replacement by Third World immigrants? Probably not, for the new arrivals seem uninterested in preserving the old culture they have found.

Those who hold the white race responsible for the mortal sins of mankind - slavery, racism, imperialism, genocide - may welcome its departure from history. Those who believe that the civilization that came out of Jerusalem, Athens, Rome and London to be the crowning achievement of mankind will mourn its passing.