A scar on the ‘valley of visions’ 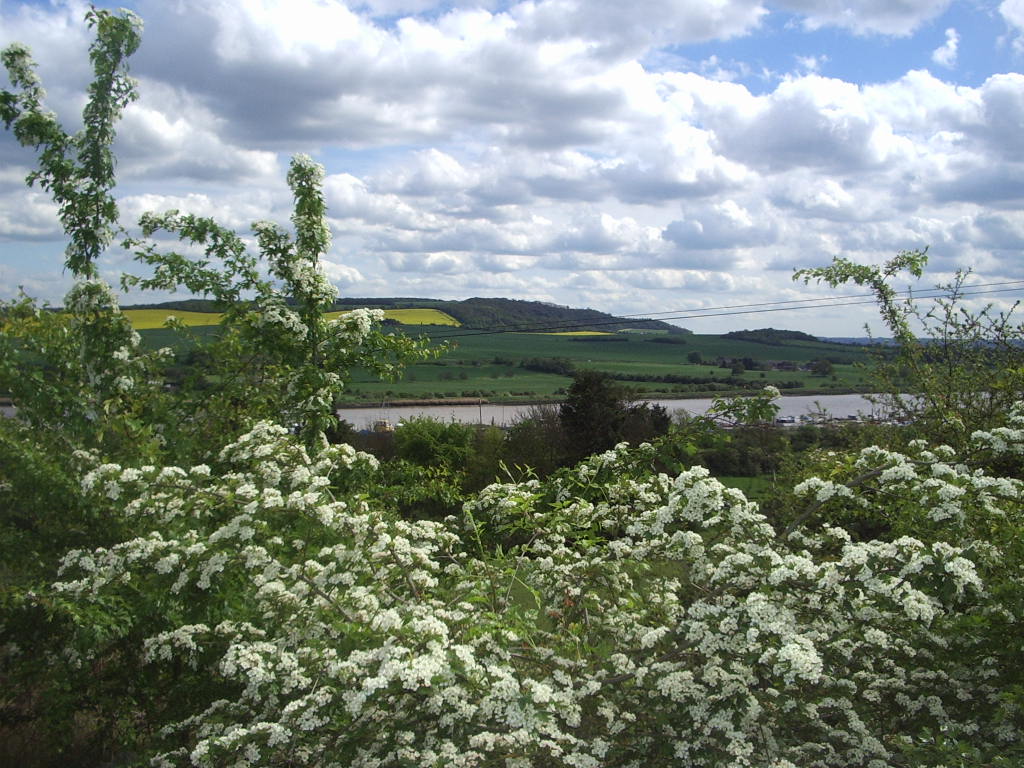 The once semi-industrial Medway Valley in Kent is facing major new housing and road development. Will anywhere be left in South-East England where rural tranquillity and traditional villages survive?

Until recent times, the era when all major industries were either “restructured”, neutralised or disbanded, the Medway Valley in Kent – which includes the villages of Halling and Aylesford, and the town of Snodland – supported a number of important mills and factories. Although not heavily industrial (there were no ironworks or coal mines here), the Medway – tidal for a great many miles – had beside it clusters of papermills and chalk workings, supporting a community of working men which, perhaps, might not be immediately associated with the county known as “the garden of England”. A cement industry thrived, and near the communities of Halling and Snodland, a small railway even ran to and from a wharf, ensuring that a constant procession of ships which came up on the high water were supplied with the result of the quarrying and toil of the Kentish Men*. Today, the cement works have gone: demolished – all traces of their work and legacy having vanished from the landscape, save for the last tattered remnants of the wharf-side. And at the beginning of this year, it was announced that the famous Aylesford papermill would close, with the loss of many much-needed industrial jobs (and apprenticeships). Already, speculators and “entrepreneurs” are bidding for the site, with one excitable interested party offering to develop a “digital park for tomorrow” – repudiating in his sales pitch the idea of old industries. They have had their day, according to this builder of a brave new world. Even many local Kent ruralists are saddened that Aylesford’s reassuring plume of steam, which used to rise from “somewhere down there in the Medway valley”, is no longer there.

Leafing through books and archives of old Kent, the mills and docksides – far from ruining the countryside – seemed almost to complement to it: the Downs and the valley cradling not just the livelihoods of the villagers and townsmen of Snodland, but also the woodlands and wildlife, and the lanes and railway line (with its – now – antique signal boxes and level crossings). With the death of industry in this part of England, came a sense of crumbling and desolation, and it was decided by one of those earnest “partnerships”, which involve local government, developers, conservationists and the odd quango or two, that a “multi-agency” approach would rescue the Medway valley. Instead of wrecked cars and litter blocking bridleways, new routes for walkers would be opened up. And in place of the old buildings associated with cement or paper (officially, brownfield sites) desirable residences would be built, with attractive names and enough parking space for German, French or Japanese-manufactured family vehicles. The working title, Valley of Visions, was coined, and within this initiative, a prominent role was assumed by the Kent Wildlife Trust – a body which works tirelessly for the protection of the habitats which support our animals, birds and flora. Quite simply, without the Trust, many unique and defining Kentish landscapes would have been lost – nowhere more so, perhaps, than at Holborough Marshes, near Snodland.

Holborough, on the west bank of the river, is an area haunted by ghosts of the old industries, but its scrubby, marshy fields, reed beds, thickets, bushes, and a freshwater stream that runs to the Medway – secured in perpetuity by the Kent Wildlife Trust – offer a sanctuary for species ranging from the nightingale, the cetti’s warbler and the barn owl. The month of May has brought a white flowering of cow parsley (or Queen Anne’s lace), but it is more difficult to hear the nightingales at the north-eastern edge of Holborough, because of a fate that has befallen the land to the east of the river. Just across the water, the bulldozers and heavy machinery are at work, levelling off (what is, admittedly) disused, brownfield land; preparing the way for the construction of an estimated 1,000 homes – possibly more – and, even more depressingly, yet another new Kent road which will cross the river at a bridge, now under consruction, at the very edge of the reserve. At present, walking at dusk toward the Medway, the visitor sees only the chalk downs in the distance, and an empty landscape – save for established villages, such as sleepy Wouldham, home to a church which has been standing since the Norman Conquest. Although not a true wilderness, as the valley has a roadway on either side (the A228 on the western bank, which runs to urban Rochester, and a smaller but busier road on the opposite side, running from the Medway towns to Aylesford), there is – nevertheless a sense of the revival of wild nature, with the world of human activity – shopping centres and stress – having receded.

Before too long, the semblance of peace – of an evening sky, unpolluted by the yellow of street lighting and the lights from houses and cars – will have disappeared. The Kent Wildlife Trust’s reserve will, of course, continue to exist, but how can we make sense of this spot as a wild reserve, when road bridges and housing estates run right to its very boundaries? It is all reminiscent of David Cameron’s pronouncements, at the time of the Localism Bill and the launch of new Planning provisions, in which he confirmed that areas of outstanding natural beauty and National Parks would be protected – but that in theory, development and “growth” could cover every other inch of the land. For areas of outstanding beauty to mean something, there has to be “ordinary countryside” leading up to the high hills, moors and crags; gradually leading us away from suburbs, and into greenbelt, then open country, and then, into the wilderness.

With such distinctions blurred or lost; with development now grinding at the very edges of delicate natural habitats and places of history, we face a future in which the countryside will exist as fragments, or islands, surrounded by a surge of traffic, and housing estates, with road names – Orchard Close, Riverview – which, ironically, remember or mirror the very landscapes and views which have been irrevocably lost.

Stuart Millson is a freelance writer, based in Kent.

*In Kentish folklore, the inhabitants to the west of the Medway are Kentish Men. To the east, live the Men of Kent.