Branchline Britain: the remedy for our transport chaos? 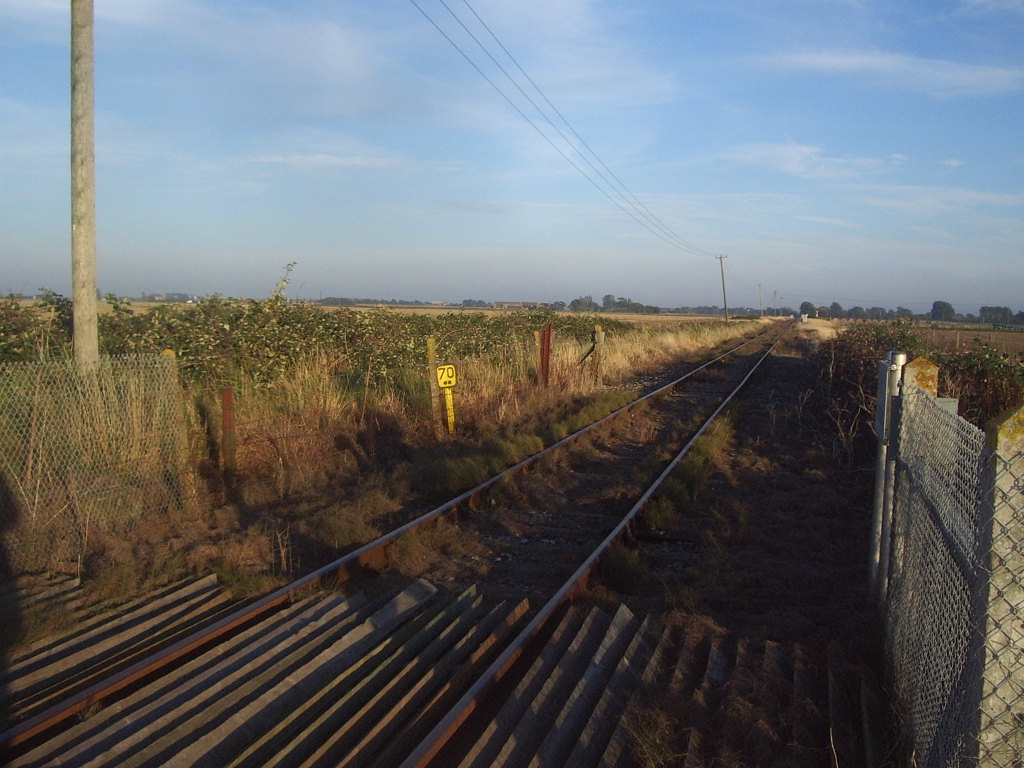 Britain’s motorway and road systems are choked by heavy traffic. Yet the Government remains obsessed by high-speed rail, air traffic, and the building of… more motorways. Is it time to re-open our branchline railways?

Britain’s motorway and road systems are choked by heavy traffic. Yet the Government remains obsessed by high-speed rail, air traffic, and the building of… more motorways. Is it time to re-open our branchline railways?

The Kent town of Lydd is, even by the standards of rural England, a remote community. Set in the region of Romney Marsh, this sleepy backwater seems to be content with its lot: proud of its imposing mediaeval church known as the Cathedral of the Marshes which keeps watch over a flat, silent landscape – save for the occasional light aircraft landing at Lydd Airport (a facility which some would like to see turned into a rival to Stansted). Nearby at Dungeness beach, the shingle expanse which points into the narrow shipping lane of the English Channel, a large RSPB sanctuary ensures the survival of rare species of plants and birds. Another increasingly rare species also manages to survive here: the English owners of small fishing boats – the dwindling descendants of the once-significant national fishing fleet which existed in these islands. The Common Fisheries Policy and the slow strangle of the EU fish quota system has ensured the slow decline of this local and lucrative industry.

Another important landmark in this part of the world is Dungeness nuclear power station, a structure which dates from the earliest days of Britain’s post-war atomic development programme. Built at what was the terminus of the old Southern Railway (one of the four famous railway companies absorbed into the nationalised British Railways), the power station is still served by the old, pre-electrified track – which would have carried slow branchline steam trains to Lydd, Lydd-on-Sea, Greatstone and New Romney. When Conservative ministers and the British Railways Board of the early-1960s decided to abandon the very rail network Britain had pioneered and created – to invest instead in (“cheaper”) road transport – a scientist and fan of “progress”, Dr. Richard Beeching, was appointed to rip up several thousand miles of line. Vast numbers of railway stations, serving towns and villages such as Lydd, were closed, along with valuable goods depots and local freight sidings. (Beeching proposed that a third of the country’s railway stations should be axed.)

However, Lydd station – or at least, the station buildings – and its line did survive – if only to serve the weekly trundle of traffic to and from the power station. Occasionally on Romney Marsh, through quiet rural halts such as Brookland, a Diesel engine pulling two or three wagons of nuclear waste can be seen. And yet, despite the existence of the railway which could be turned once again into a useful transport link for the people of the town and its marshy hinterland, the citizens of Lydd remain – in a sense – stranded. Bus services are few and far between, and if you do not own a car, life can be inconvenient, especially if you are trying to keep an appointment at Ashford hospital. Meanwhile, the roads which serve the area, and which lead to the congested London-Ashford-Folkestone M20 motorway (not forgetting the Channel Tunnel and the Port of Dover) are increasingly busy: fraught and frenetic highways which seem to have no time for anyone travelling even at 55mph. Often, the M20 is completely closed, as the Kent Police bring ‘Operation Stack’ into force – a solid line of articulated lorries (French, Polish and some British) which, by virtue of their huge numbers, are unable to pass easily or freely through the country’s exit routes. In other words, Britain is blocked.

The intensity of road traffic in Britain – particularly the hard-pounding legion of freight and goods vehicles – is now emerging as a major problem. Road surfaces, especially in Kent, are deteriorating at an alarming rate, and not even Kent County Council’s brave attempts to repair pot-holes or replace carriageways with low-cost surfacing seem to offer a long-term remedy. It has been suggested, too, that foreign hauliers pay a toll at Dover, or at the Channel Tunnel, to assist with the upkeep of the British roads which enable them to deliver their goods. Yet it is highly doubtful if any conventional British Government would introduce such a scheme: the howls of protest from Brussels and the powerful voices of the European road-transport lobby would ensure the stillbirth of such a “retrograde” and “discriminatory” measure.

Further into the Kent countryside, many villages are disrupted, sometimes on a daily basis, by large articulated lorries whose drivers follow “Satnav” instructions – a system which navigates vehicles, not according to the most sensible choice of road (which in the case of road hauliers should be A-roads and motorways), but simply by the shortest route. How is it, with Highways Agency and police patrols on our main roads, that articulated behemoths from Eastern Europe are permitted to drift into narrow village streets, blocking roads for an hour or more, whilst desperately trying to reverse and return to the motorway? And why should such traffic be entirely road-bound in the first place? Surely it must be more logical to convey such cargoes by rail?

The truth is – like so many of the problems which we have to endure as a society – our transport difficulties will take many years, decades, to reverse and resolve. (The image of the Polish pantechnicon, slowly reversing along a Kentish lane could not be a better symbol of our dilemma.) But there has to be a change in thinking, especially as we enter into a period in human history in which oil may be in shorter supply. Our railway infrastructure – so cruelly eliminated by the short-termism of Beeching and his bean counters – needs to be resurrected: the Britain of branchlines, connections, goods depots and stations which serve communities and people.

We cannot rely on the much-vaunted, futuristic, airline-style HS2 scheme: a railway for high-speed businessmen, rather than ordinary people, and real goods and services. Nor can we warm to Boris Johnson’s “vision” of automatic ticket-systems, stations with no ticket office or staff: a bland, inhuman, and unsafe experience for “the customer”. And no longer can we sit back, and join the traffic jams or the ranks of “Operation Stack”. Britain must return to its railways – otherwise, in a hundred years from now, we will be going nowhere.

Stuart Millson is a Kent-based freelance writer and commentator