Christianity and the Millennium revisited 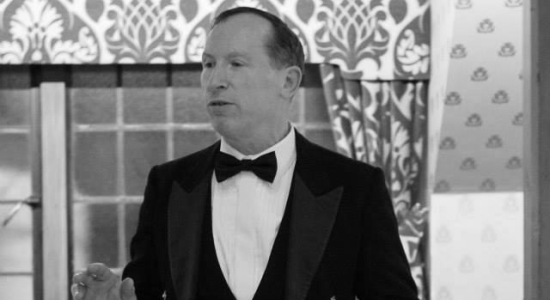 By Gregory Lauder-Frost - 'We were once told that the basis of our laws, our culture, indeed our entire civilisation, was Christianity. We were, it was taught, a Christian Kingdom and part of the Christian World. Our children were baptised into “the one true faith” and brought up to believe that the Holy Scriptures were the Word of God.'

In them, it is written, The Almighty said, from the heavens and with a multitude of witnesses: “This is my beloved son with whom I am well pleased.” Jesus himself taught that one may only come to The Father through Him. It all seems clear enough, doesn't it? The Victorians, following the teachings of the New Testament, went forth throughout the world to convert non-believers for the latter's salvation.

Today when our brainwashed and educationally neglected children enter classes on Religious Education they are told that Christianity is just another religion, just as important and equal (that word!) to all others. At a stroke the teachers of this blasphemy have denounced their own ancestors and the New Testament as “unfair” and “wrong”. This happens in private as well as State schools. As with so much other wrecking of our ancient accepted traditions and institutions, this post-1960s trendy generation arrogantly asserts a superior wisdom to all those who came before them and asserts that they know better.

In the wake of this rejection of the most basic teachings of Christianity, we have religious services on our great national occasions to which Rabbis are invited (the lineal ancestors of whom, some would argue, denounced Our Lord as a fraud and brutally crucified him) plus a whole host representing heathen faiths. Our most gracious Sovereign, by Statute “Defender of the [Christian] Faith” is advised by her liberal-left ministers to accept and welcome such representatives. HRH The Prince of Wales has even talked of being “Defender of faiths” when he ascends our throne! How does he equate this with his own religious convictions and his open support for the traditional “Book of Common Prayer”? Maybe it is the language of the book he likes and not The Message?

Throughout this great land of ours, planning consent has been given by supposedly representative local government for the erection of heathen temples of every description, in itself a rejection of the most fundamental concepts and the message of the New Testament. Moreover, so-called Christian leaders have also collapsed into this miasma. Take the much applauded Bishop Tutu who publicly announced that he is a socialist and supported for decades the Communist ANC. The Bishop of Oxford called for the age of consent for homosexuality to be lowered to 16. Now we have governments actually promoting these practices. So much for the Old Testament lesson on the destruction of the evil city of Sodom and its inhabitants.

As the Millenium approached one had to ask how many people and families heard that the occasion was actually the 2000th anniversary of the birth of Our Saviour, Jesus Christ? Instead it was widely heralded as a mere change in the calendar of one century to the next - an extended celebration of the annual Christmas season of the Festival of Turnover. A great, pointless, commercial dome was built at Greenwich, costing millions of pounds to emphasise the point.

Should instead our 'Christian' government not have been encouraging everyone into our cathedrals and churches for the real reason of the anniversary? Most Christians would rather have seen the Millenium celebrated in a manner far more appropriate to its real meaning, a national holiday - when everything commercial would be closed - dedicated to prayer and reflection throughout Great Britain. A great service could have been held in Westminster Abbey, with our Royal Family present representing this Christian Kingdom.

The battle against the secularists and atheists apparently now dominating thinking in our country must continue.