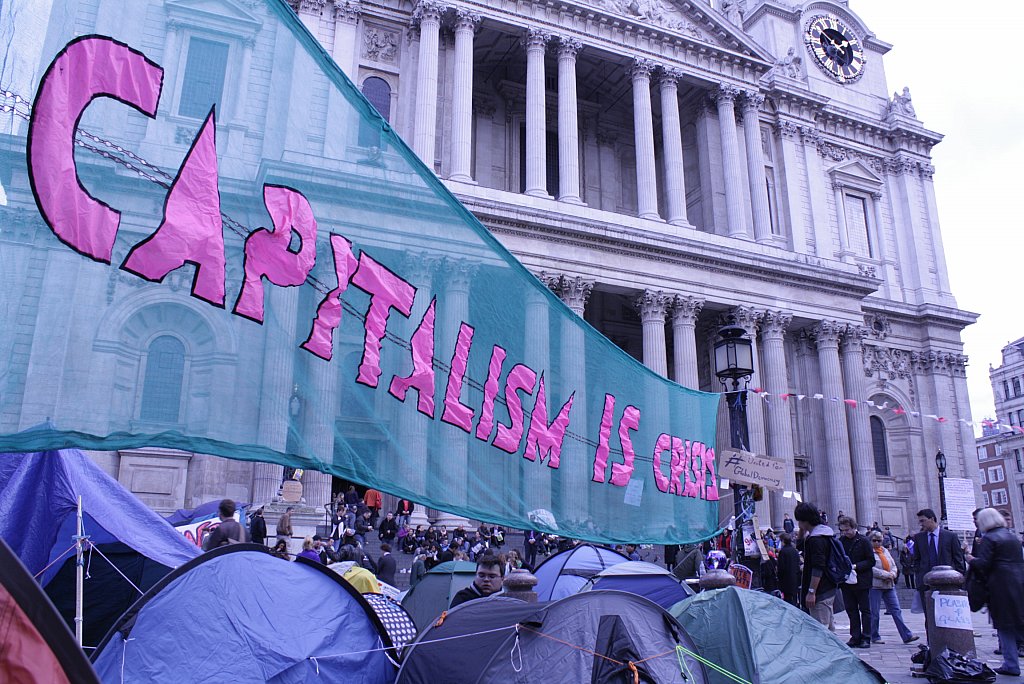 From a prison cell in 1920s Italy, Marxist Antonio Gramsci railed against the ‘cultural hegemony’ of the bourgeoisie. Through institutions, and particularly the media and education, the masses are indoctrinated with bourgeois values, or so Gramsci maintained. Shift forward to 2011, and Gramsci’s idea of a cultural hegemony rings true in Britain, only now cultural Marxists are in the driving seat. The BBC and our education system promulgate values which are anti-national, anti-traditional, anti-religious, but of course pro-left and pro-multicultural.

From a prison cell in 1920s Italy, Marxist Antonio Gramsci railed against the ‘cultural hegemony’ of the bourgeoisie. Through institutions, and particularly the media and education, the masses are indoctrinated with bourgeois values, or so Gramsci maintained. Shift forward to 2011, and Gramsci’s idea of a cultural hegemon rings true in Britain, only now cultural Marxists are in the driving seat. The BBC and our education system promulgate values which are anti-national, anti-traditional, anti-religious, but of course pro-left and pro-multicultural.

With taxpayers’ money, the BBC churns out vacuous soaps such as Eastenders, where characters of all nationalities drink in The Queen Vic in multicultural harmony. Where are the politically incorrect remarks one would usually expect to find in pubs? The off-the-cuff jokes that border on racism but are still funny? Pubs are in fact one of the last few bastions of traditional British culture and the Queen Vic does not represent them, but rather promotes a multi-culti utopian agenda. Where is the gang crime in Eastenders? Where are the EDL and Muslims against Crusaders? Where are the ethnic minorities who neither speak English nor integrate in to British society? They’re nowhere to be seen, because the storylines centre on a myth of a multicultural society unified by the core values of beer, extra-marital affairs, and going to the launderette. Syed, the ‘Gay Muslim’ of imprecise origins who falls in love with an Englishman who just happens to be called Christian is the BBC dream of a multicultural wonderland; an attempt to normalize minority lifestyles and present it as the core component of our National Culture.

The ideology of multiculturalism is promoted even more flagrantly on BBC News. Quota-selected newsreaders and carefully- chosen ‘experts’ told us that mass immigration was ‘good for the economy’ and we now have an economic crisis. They tell us the fact that many British cities no longer feel British at all is nothing more than ‘market forces’. We’re told UKIP is a ‘fringe party’ but the Green Party isn’t. We’re advised to be careful of the ‘extreme far right’ in Europe, even when they’re neither extreme nor right-wing.

When Geert Wilders raised concerns about the multiculturalization of the Netherlands, BBC newsreaders invariably slapped the ‘far-right’ label on to his ideas as though he were beyond the pale of civilized discussion. Never mind the fact that Wilders is essentially a robust liberal who supports Feminism, Zionism, Gay Rights, Economic Liberalism and Globalization; things true right-wingers and traditionalists are against. The mere fact that he questioned the BBC’s sacrosanct value of multiculturalism makes him a far-right extremist, a sort of heretical blond Hitler who cannot be taken seriously. The recent diktat from the BBC stating that the way we have always chronologized history by BC and AD must be abandoned is just the latest of a long run of assaults on our traditional Christian heritage.

State schools-who take their cue from the BBC, are equally guilty of this leftist hegemony and institutional rot. Children now leave school with a better understanding of climate change theory than of our national religion. Religion-when actually taught in schools-is presented as though it were of no more consequence than choosing one sweet over another in a Haribo Pick n' Mix. This is not a call to end religious freedom, but institutions of any healthy society always promote a preference to instil a sense of national unity, and Christianity is bound up with our traditions and unwritten constitution. Even in school History lessons, children learn more about Martin Luther King than King Edward I, and more about Nelson Mandela than Admiral Nelson. State Education is under a liberal-left sway which militates against tradition and systematically attempts to multiculturalise our national story. When they do bother to teach children about British Historical figures and events, there is usually an inordinate focus on a wife-killing Monarch or how Europe is supposedly responsible for slavery, oppression and the poverty of the third world. It is not History, it is propaganda designed to undermine our sense of national pride and identity.

This malevolent Ideology promoted by our institutions is influential but it is not unstoppable, and there’s no better time to undermine it than in an economic crisis. The middle-classes camped outside Saint Paul’s Cathedral are rudderless, mild, and without conviction. They know international financiers and casino-capitalists have ripped them off, but they just don’t know what to believe in anymore because everything that really matters has been traduced by the leftist-liberals who run our institutions. People want change, but they need to be shown that there can be a right-wing critique of casino capitalism as well as a Marxist one; that market forces do need to be subject to proper institutional regulation but that man is not homo-economicus either; his culture and identity matter as well as GDP.

It’s not just the economy stupid; it’s the institutions and the culture they promote that need to be changed. A grass-roots right wing movement can challenge the certainties of the smug left-wing elite by exposing their intellectual laziness in criticising anything they don’t like as ‘extreme’. The right need to be firm and open in our demands and speak truth to power. We do want repatriation of powers from the EU. We do want to close our borders to unskilled foreign immigrants because we have enough of them here already. We do in fact want to prioritize British workers for British jobs. We do think that the school curriculum should emphasise British virtues and achievements. We do think the tax payer-funded BBC should celebrate our Christian heritage as something that has guided the British to greatness for hundreds of years, instead of persecuting it out of the public sphere. We do think speaking English is obligatory if you live in Great Britain, and we do think we should have the right of free speech without Dictators of Political Correctness telling us what we are allowed to think and say.

Numbers is power, and the more people who are open about these things the more chance we have of changing our institutions for the better. Slurs and insults will no doubt be thrown at those who hold these views but insults will not do as arguments. Let’s have a bit more free speech, debate these issues and influence our damaged institutions.