Death Of A Suburb 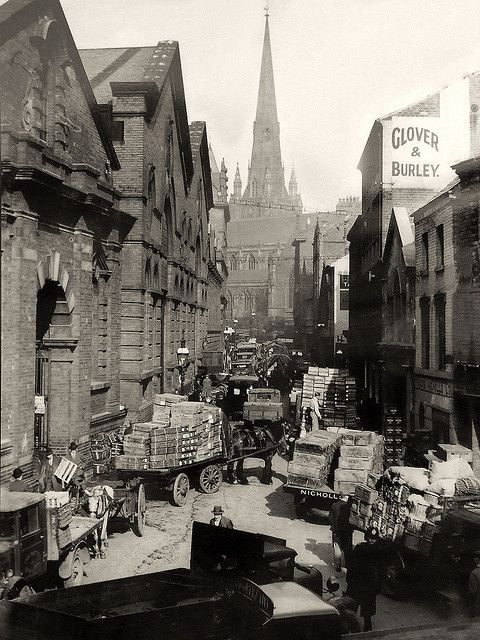 Previous English norms vanished. Where were the dog walkers chatting amiably in the street? You simply did not see dogs any more. Where was the sound of lawnmowers on summer days? Where were the children walking to the local primary school clasping their satchels?

A view of a TBG correspondent on the total transformation of his family's neighborhood.  Similar to the BBC documentary the "Last Whites of the East End" this is occurring across the country, breaking up centuries old communities. Familiar cultural practices and faces become rarer, community connections and the sense of belonging that previously existed are lost.

Death of a Suburb
by Des C. 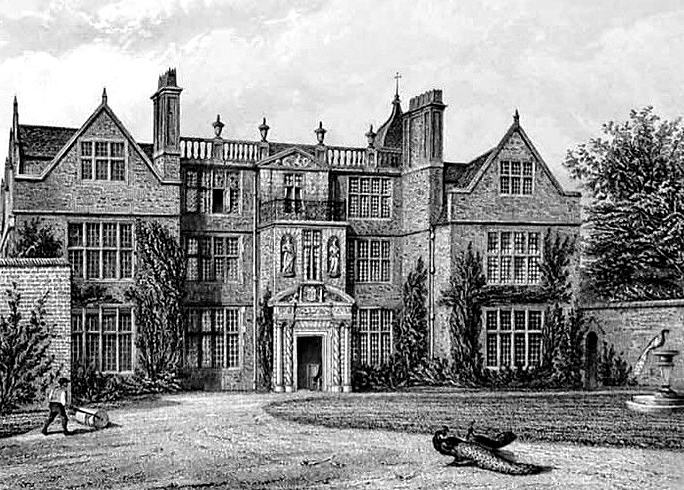 The suburb that I was born and brought up in merited a brief mention in the Domesday Book - a few small holdings each with a handful of livestock. The 17th century seems to be the time when what was to become this suburb began to define itself. The local landowners were the Devereuxs and  they amassed enough wealth to demolish the Tudor hall in 1603 and build a handsome brick building which James Lees-Milne (the first secretary for the National Trust) described “as an excellent example of Jacobean elegance.”

The first record of a public house here was the Golden Cross, built in the 1630s. It was situated on the crossroads between the growing settlements of Birmingham and Aston.  In the mid-18th century the Devereuxs were replaced by the Bridgemans, who bought both the hall and the estate. This heralded a long period of stability and growth with the estate and the local population gradually increasing. The area retained a mix of agricultural activities plus a couple of saw mills and was largely untouched by the industrial revolution.   The next period of major change came in the 19th century. Birmingham had become a city in 1889 and it was expanding rapidly. New homes began to appear on the borders of the estate and soon small pieces of it were being sold off for residential development. These were to be the typical detached homes of the Victorian/Edwardian middle and professional classes. Their owners would make daily journeys to their workplaces in the city.

By this time the Bridgemans had been elevated to the peerage and had taken the title of Bradford. Lady Ida Bradford was one of Queen Mary’s bridesmaids and thereafter a lady in waiting. Later in 1913 a large impressive cinema was built in a Gothic style named The Beaufort. The Golden Cross pub was also demolished to be replaced by a mock Tudor building and re-named the Fox and Goose.

In the late 1920s a substantial number of new homes were built with much of the land being bought from the Bradfords. The city limits now extended up to the borders of the Bradford estate. These new houses were of the standard mock Tudor semi-detached variety of the time, bought by the middle classes. The district was becoming increasingly industrialised with factories springing up – in particular large aircraft and tyre factories. This meant there was a need for engineers, designers, managers and administrators. These became the occupants of the new homes.  The growth in population (a population that was increasingly affluent) required new shops and the inevitable Burtons Menswear appeared followed by a Co-op, post office, grocers etc. Several elegant ladies’ dress shops also opened. This was now a truly bourgeois area with a few superior older houses. A golf club had been established in 1906 and overall was becoming increasingly prestigious.

The last firm link with the old order ended in 1934 with the death of Lady Ida Bradford. She was the last of the family to live at the hall, with the rest of the family having decamped to their Shropshire estate some years earlier. To confirm the areas growing social status a residents' association was started in 1938.

Despite the proximity to industry (in particular the massive factory that made Spitfires,) bomb damage during WW2 was light. In 1949 the golf club was bought for housing development and the club relocated several miles away. More of the Bradford estate was sold to allow for this. The Jacobean hall had been requisitioned by the War Office during the conflict and was left in a poor condition. Indeed it was never a family home again. The new houses were more of the same i.e. semi-detached, but not quite as up-market as their 1930s predecessors.

The 1960s witnessed the impact of social change. Blue collar workers started to move into the semi-detached homes and the middle class residents slowly sold up to move to areas like Solihull and Sutton Coldfield. My working class parents moved to one of these houses in 1966. It was a step-up from the Victorian villa they had lived in since the late '50s.

In the '60s Birmingham City Council started a clearance programme whereby the Victorian back to back housing that was ubiquitous in the inner city were demolished. Consequently large council estates were built that surrounded the Groves and Avenues of semi-detached suburbia.

There was a well-established primary school and a secondary school was opened in the mid '60s.

This was the environment that I was raised in. One that had been subject to major social change in recent years but one that had a clear thread of continuity running through it. I left school and took what was to be one of a series of office jobs. In 1989 I bought my first flat and moved to Sutton Coldfield.

I returned home frequently and life there seemed to be carrying on as before. Then in 1991 there was a critical development. In the space of a few months two of the semis in our road were bought by Pakistani families. Whilst working around surrounding roads I noticed similar incursions. There was some comment but little concern among residents as to the new arrivals.

However, more new arrivals followed. Virtually every home that went up for sale was bought by a similar family moving in from inner-city districts where they had settled upon entering the country in the 1950s and ‘60s. Our suburb appeared to be the in-vogue place to move to.

It was said that the newcomers were all from a cluster of villages in Pakistan and their social closeness seemed to support this. In the following years virtually every house that sold was bought by people from this background. The indigenous population grew increasingly uneasy. It was not that the newcomers were overtly hostile but they were so of 'the other'. The area had never been monocultural.  I recall a couple of Jamaican families, a Polish family and Irish families. However, the Pakistanis were a different kettle of fish. It was not just in appearance; it was a lack of English language skills of so many of them (despite being in the country for years) and the clearly subordinate status of the women. Also, the unwillingness to participate in community affairs e.g. they refused to join the previously active residents association.

Aesthetically things changed too. Front gardens were paved over to accommodate cars and vans – often 3 or 4 per household. Many houses had extensions added that were so substantial it begged the question as to whether the planning application process had been adhered to. Formerly well-kept back gardens were neglected, with grass growing knee high, discarded white goods strewn around and trees that were never cut back. The latter caused an Amazon like canopy effect that was disconcerting.

Previous English norms vanished. Where were the dog walkers chatting amiably in the street? You simply did not see dogs any more. Where was the sound of lawnmowers on summer days? Where were the children walking to the local primary school clasping their satchels?

Children were still there, but were now all in head scarves. No more housewives wearing aprons polishing the brass on front doors.  Or if there was any polishing being done it was performed by women wearing burqas or hijabs.

By the millennium the die was cast. The remaining white residents were well into middle age or elderly. The place was virtually unrecognizable. During my still frequent visits I asked people why they were leaving and moving to the shires. I often received evasive answers such as “things have changed around here” although I also heard the more frank “I don’t want to live in a slum”.

And this experience has often been repeated in cities and towns across the country. Sometimes happening quickly or sometimes gradually but with the same results. An entire community and way of life erased. An imperfect English suburb killed and replaced by something more alien. They often have little understanding of this nation’s past and have indifferent or destructive views as to its future. The population growth dynamic means that this could be the face of Britain in the future – with no shires left to move to.

A people betrayed by their own governments who have allowed uncontrolled migration by people from vastly different cultural backgrounds. This was done initially in the name of cheap labour and latterly a self-destructive obsession with the gods of diversity and multiculturalism.

What is most unbelievable is that we allowed it to happen because even when the writing on the wall became clear we continued to vote for the people who pursued these changes to our own country.