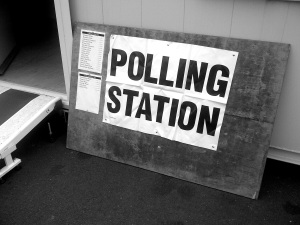 By Edward Spalton - By "Democracy" most people also assume a limited government, securing property rights and constrained by law but that is not inherent in the word itself which simply means "rule by the people" who can be stupid, brutish, selfish, capricious and destructive.

"Democracy is two wolves and a lamb voting on what to have for dinner.
Liberty is a well-armed lamb contesting the vote".
(attributed to Benjamin Franklin)

If you have been on holiday to some of the more popular foreign
destinations and seen our fellow countrymen and women en masse, it
certainly gives you second thoughts about the desirability of being
ruled by such people.

By "Democracy" most people also assume a limited government, securing
property rights and constrained by law but that is not inherent in the
word itself which simply means "rule by the people" who can be stupid,
brutish, selfish, capricious and destructive.

The American founding fathers were very conscious of this and built in
checks and balances to restrain the potential power of the people to
overturn law and decency. The form of government they adopted was
"republican" rather than "democratic". As one of them remarked, too
"democratical" a constitution would mean "We have but exchanged King
George for King Numbers". A lynch mob is democratic, proceeding by
majority. A jury is limited by rules and requires unanimity.

Even with their entrenched, super-statutory constitution, Americans of
our sort of outlook have much the same grievances about the duopoly of
party power and erosion of rights and freedoms which, they believed,
were secured for all time. Growth of central government has been the
main cause, impelled by two world wars and never checked. Even the
independent Supreme Court, supposedly the ultimate guardian of such
rights, has succumbed to legal activism and seen fit to interpret the
constitution in ways which destroy states' and individual freedoms which
the founding fathers would certainly have regarded as essential.

The Whig historian Macaulay, writing in the early nineteenth century
with the benefit of a classical education, observed that no democracy
could long survive the discovery by the people that they could vote
themselves funds from the public purse.

From the fairly Spartan safety net provision envisaged by the Beveridge
report, the Welfare state has grown monstrously into a very popular
universal provider. It was one of the aims of the "Civilised society"
envisaged by Roy Jenkins to erase every last distinction between
"deserving" and "undeserving" recipients of state benefits of all sorts.
His was the era when single motherhood became a reasonable career option
for women of modest attainments. The state became the complaisant
husband, providing for the offspring of successive "baby fathers".

So a huge function of government is now redistribution of wealth in the
cause of "equality". This has moved into the field of law and mind
manipulation in a very intensive way. It was within the power of the
Conservatives to have stopped Harriet Harman's monstrous "equalities"
Act in the wash up at the end of the last Parliament. But they let it
through and are enthusiastic supporters of its perpetual search for
discrimination of all sorts - hence the promotion of homosexual
"marriage" as a supposedly conservative value. From reaching into
pockets, the state now reaches deeply into minds - and it seems to be
widely and passively accepted. When canvassing some years ago, people
would often start to tell me their minds and then check themselves
suddenly, asking "Am I allowed to say that?"

This level of mind control has not been achieved by brute government
force but has been made possible by the cooperation of the mass media.
Without it, the state would not have been able to achieve this level of
automatic self-policing of thought and speech.

Political parties used to represent real constituencies of interests and
opinions. To operate, they needed extensive local organisations, largely
staffed by volunteers giving their time and effort for the cause and for
their perceived self interest.

With the advent of sophisticated mass media manipulation, that is all
very old fashioned and unnecessary. Activist members expected to have
their opinions heard and debated at meetings and national conferences -
the antithesis of the modern, smooth projection of the party and leader,
united behind the carefully crafted phrases and logo-branded programme
and message. Party members can be very inconvenient for the leadership.
The full weight of anti terrorist legislation was brought down on an old
gentleman who dared to shout "rubbish!" at a Labour Party Conference. In
the late Nineties, a senior UKIP figure of the day told me "Why should
we want more members? They only create expense". He was certainly on the
ball with regard to the way the main parties are organised today.

Parties are now marketing brands, dependent on the perceptions which
they create through the media. In exchange for franchised use of the
brand, politicians largely surrender their independence of speech and
action. The bargain is "Toe the line and we will get you elected and
keep you there".

The Leveson enquiry is revealing the astonishing licence which the
"Fourth Estate" has been granted by the political class. Newspapers and
other media outlets would never have dared to behave in the way they
have done, if they had not had a nod and a wink from politicians
ultimately responsible for their regulation. Close social relationships
were fostered between cabinet ministers and editors. This is rather
different from a newspaper proprietor occasionally lunching with a
minister. Now, media and politics are essentially mutually dependent
parts of the same increasingly corrupt, manipulative business.

Real parliamentary reporting has almost disappeared from serious
newspapers. It used to be a mainstay of the broadsheets but, in an era
of soundbites, it is beyond the capacity of the average reader to
absorb. Additionally, the whole parliamentary process has become a
charade with the real decisions made elsewhere. So most debate is a
ritualised sham, like the circus around Prime Minister's Question Time.
Where in the Commons today would you find an orator of principle and
passion who could bring MPs from their bars and offices just to listen
to the performance, knowing it would be something significant?

The parties would not go banging on about "equality" or "equalities" so
much if their focus groups did not tell them it was popular. Back in the
Sixties Labour demanded an educational system which would give not just
equality of opportunity but equality of outcome. So, paradoxically, the
elite has to appear to campaign against "elitism". It is a fraud, of
course. The progressive educationist, who campaigns for local dialects
or Jamaican patois to be recognised as equal to standard English, got
his position and eminence because of his own mastery of standard English
of a jargonised sort - as did every other Frankfurt Marxist university
lecturer. Their ascendancy is now so entire that the Conservative party
has surrendered to the doctrine in its attempt to stop being "the nasty
party" and to "detoxify the brand".

By definition fifty percent of the population will be of below average
intelligence and attainments. A considerable proportion of the upper
fifty per cent , often in positions of power and leadership, has been
persuaded that it is "caring and compassionate" to play on the
resentments of the less successful and make their careers out of it.
The proponents of comprehensive education demanded that children should
"rise with their class not out of it". Leicestershire was the first
county to go comprehensive in the Fifties and the Leader of Ashby de la
Zouch Urban District Council expressed the aim rather succinctly. "Good,
working class lads go to grammar school, get good jobs and vote Tory.
We're going to put a stop to that." My teachers ( who, I guess, were
mostly Labour voters) were horrified. That aim has been achieved and now
further state intrusion in the selection of children on class grounds
for university entrance is necessary to correct the effect of the
policy!

Notoriously, the most enthusiastic closer of grammar schools was one
Hilda Margaret Thatcher. The Conservative party, then as now, saw that
soft-headed equalitarianism was popular with the people and so sticks to
the same policy to this day.

People who have come to accept this type of state and its deliberately
aroused expectations of prosperity and equality of outcome "for the many
not the few", largely regardless of merit and effort, are unlikely to be
very keen on real democracy where they would have to take responsibility
for the consequences of their choices. Far easier to expect "proper
planning" and that "they" should do something about it and to become the
dupes of the grievance mongers when their expectations are not met.

Every revolution and successful political movement has depended not on
"the people" but on a committed elite of one sort or another who knew
what they wanted and organised to get it. Whether it was the Whig nobles
who organised the Revolution of 1688, the totally devoted ideological
cadres of the Bolshevik party who brought about the appalling Russian
revolution or the "aristocracy" of the Labour party which emerged and
developed over only a few generations - the Harmans, Toynbees, Milibands
and the like. Conservatives tended to place their trust in established
leaders of society. They felt they could trust a gentleman but those
days of deference are gone. No longer could a Willie Whitelaw put on his
Guards Brigade tie to crush a rebellion in the party ranks and tell them
that "like it or not", this or that was going to happen.
The solution has been largely to get rid of most of the party rank and
file. As Stalin remarked of dealing with his own little, local
difficulties "No people, no problem".

So where will we find the necessary, credible, committed elite to lead
a tamed, apathetic people, brainwashed to be risk averse, to the
difficult idea of actually ruling themselves?