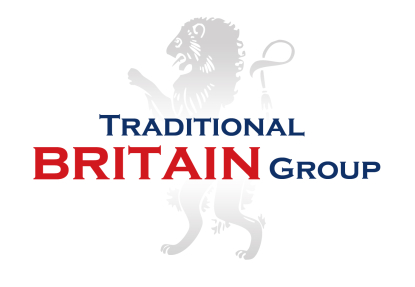 There is something about Western society that is troubling us all. There’s a sense of loss in the air; a feeling that somewhere, in the timeline of the 20th century, something regrettable has happened. Many of us who identify as conservative believe the answer to be staring us right in the face. We have simply lost our sense of what it means to be a conservative, something which we desperately need if we are to win over our Left-Wing opponents, being the destructive radicals that they are.

In order to defeat what has become alarmingly common i.e. censorship, division, hostility, crime, poverty and selfishness, it seems to me that we have to re-examine what we think it means to be a conservative. These days, proclaiming to be a conservative automatically puts you in the camp of so-called ‘Toryism’ with an intense fetish for Margaret Thatcher and David Cameron. We needn’t spend longer than a moment to recognise that this kind of instant categorisation is blatantly nonsense. There is a habit among the Left to think only in terms of the present; the present economic climate, present elections and present politicians. They forget that everything we do now is a product of that which has already taken place in the past, and that everything we do now will affect what will happen in the future.

It is true conservatism – in my mind – that recognises the importance of collective unselfishness. The self-awareness that you have inherited something valuable; the instinct to maintain the equilibrium of a given social order and those institutions which make that order durable. It is recognising that long before your birth, countless numbers of past generations made sacrifices in order to preserve the thing with which they held onto with great loyalty. More generally, we could ascribe their loyalty to something Thomas Hobbes referred to as ‘The Social Contract’. Of course, those on the Left also want a social contract to be agreed upon, however the instinct of the revolutionary is to impose this ideal contract from the top-down with no real consent from the people of whom they claim to speak for.

The difference between the revolutionary and the conservative lies in how one believes any social contract can be agreed upon in the first place. The reason why those on the Left want to impose their ideals from the top-down is because they believe human nature to be something that is created by a system. The conservative realises that actually, the agreement on which any contract is based, must depend on some deeper form of attachment. That attachment is ultimately our culture.

Edmund Burke expanded on this view by understanding that this deeper form of attachment is not just a phenomenon of the present, but actually includes those who are dead and those who are not yet born.

Armin Mohler eloquently summarised this view with the following,

“That the dead are as much a part of the present as the unborn is a fundamental conservative idea.”

This may seem like a boring truth, but that is in part the explanation as to why the Left prefers to go down the exciting route. They cannot recognise the folly of their endeavours because they are too busy fantasising about unattainable ideals and by opposing things. If one thinks about it more carefully, the Left appears to be in constant anger, precisely because it simply opposes something; they are critical of traditional culture and seek quite vehemently to destroy it in the name of an alternative, but they never seem to define what that alternative is. They have some abstract notions of ‘Fairness’ and ‘Equality’ yet still cease to provide an adequate definition of what that means for society, let alone how we can achieve it.

Soon after the two world wars came to an end, the 1960’s shortly ensued. What happened during the sixties and seventies was a cultural repudiation of traditional customs and values. One may also describe it as a revolution, but what was strikingly odd about this particular uprising was that the forces which had produced it had no intention of overthrowing the system with the use of violence. Rather, with the birth of the university generation and all the Marxist academics that sprang up as a consequence, the Left became entirely focused on trying to change society from within. Much of this thought can be traced back to Michel Foucault and Antonio Gramsci, who believed that in order to radically change the nature of society, it was necessary to infiltrate all of its existing institutions, which conservatives had maintained, so that they could be undermined and finally destroyed.

This is exactly what has happened to the West. Piece-by-piece, our culture has been transformed beyond almost all recognition. The courtrooms, the media, the schools, the Houses of Parliament and even the Church of England (where traditional values should be upheld most strongly) are all withstanding, but the nature of all these institutions has been overthrown. Regrettably, right under our noses, with neither our consent nor our awareness.

In the eyes of some early 20th century writers, this tactic was easily foreseen. Oswald Spengler notes,

“The secret of all victory lies in the organisation of the non-obvious.”

In the end, we are faced with only one option, and that is to revive the very way of living which took hundreds of years to establish. This includes taking back the meaning of conservatism, by the Thatcherites who hijacked it in the first place, after they transformed it to mean nothing but free-market consumerism as an end in itself. It includes restoring the idea of community that used to exist among small beautiful villages, but is now virtually extinct amidst the megalopolis. We conservatives are no doubt pragmatic, but we ought to start speaking the language of the Left; we need to, as Swift says, stop trying to reason people out of positions they did not reason themselves into. Once we start cherishing the culture we once had and start arguing for it with conviction and alluring wisdom, maybe then we can reverse the decline of western values and return to civil society.