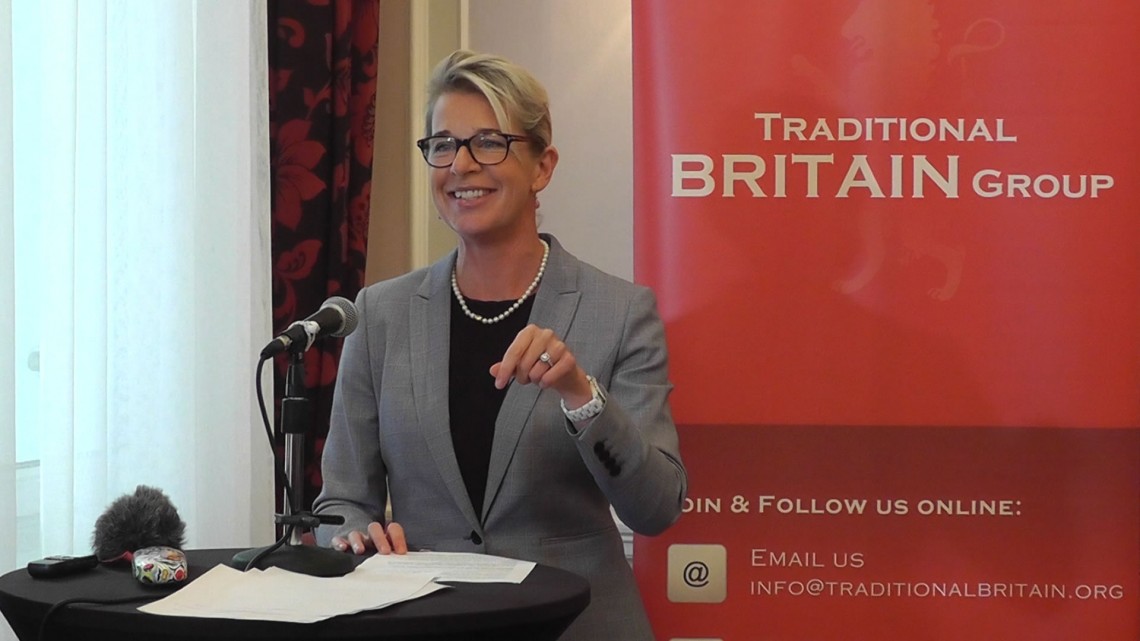 Katie Hopkins. "This is our time. We will not let this country fall. We will get furious and we will fight back for Britain, for a traditional Britain"

Katie Hopkins needs little introduction as an internationally recognised media personality, who has consistently shifted the Overton Window, encouraging the general British public to speak more openly on what they previously assumed were taboo subjects.

Her talk was on ‘The Fight for Western Culture’.

Katie's Rebel media page can be found here and her own website here as well as on Twitter.