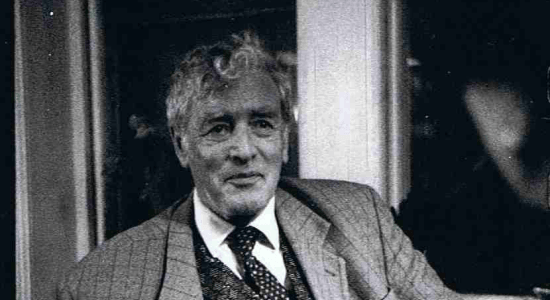 His Lordship reflects on the issues and ideas posed within Sam Swerling's new memoir. Mr. Samuel Swerling (b. 26th October 1940) BA., LL.B. has been actively within traditional Tory circles for all of his adult life.

ONE. (What is the right definition of Liberty or Freedom which Swerling incorporates into the title of his book?)
Society should not consist of individual rights, especially to happiness, but of duties and obligations. In that respect Liberties in the Middle Ages have to be understood quite differently from what the Enlightenment took to mean by Liberty. Could Swerling give us his own definition of liberty or freedom? In modern times we expect a right to happiness which we were not born to. Bon mot on happiness: an empty in-tray, an empty out-tray, and a full ashtray.

TWO (The Front National in France and ‘Action Francaise’)
Does Swerling see any link on the political right between Le Pen's Front National and Charles Maurras's ‘Action Francaise’? The one time Editor of the Monday Club's old magazine Monday World, David Levy, was a gifted interpreter of the political thought in Maurras' Oeuvres Capitales, from a good line of descent it can be traced back to Joseph De Maistre's Considerations on the Revolution in France, to which Isaiah Berlin gave us his own private dose of liberal interpretation in his essay on de Maistre in his book of essays, The Crooked Timber of Humanity. Like Mussolini, Maurras was a Corporativist who never believed in one man-one vote democracy. Instead he believed that the body politic should consist of the various powers and interests - or Liberties as they used to be called - of the land, and where these interests happen to conflict a hereditary monarch becomes the best arbitrator. Mediaeval England was a Corporativist State. Mediaeval Corporativism provides a proper safeguard for significant minority interests which suffer under democracy with its system of majority voting. Farming is the best example. It was because England had become an urban democracy with its urban majority that the Conservative Government failed to follow Joseph Chamberlain's lead when he advocated Protection for agriculture during his famous speech in Birmingham in 1903. Land should not be expected to pay for itself, but should be looked upon as a trust.

THREE. (A constitutional principle at stake: the Tory Dozen and the Treaty of Utrecht)
Swerling is opposed to the EU, and tells us that on 22 May 2016 Simon Heffer revealed there is truth in the story that in the event of a Remain victory in the referendum, over whether to leave the EU, Cameron would create 25 peerages for the Remainers.
During the reign of Queen Anne the Tory Party secured the creation of 12 peers, known as the ‘Tory Dozen’, to ensure acceptance by the House of Lords of the Treaty of Utrecht to end the war with Louis XIV. Against the wishes of reluctant monarchs the threat of a similar kind of action was enough to secure acceptance by the House of Lords of the 1832 Reform Bill and the Parliament Act of 1911. Both Blair and Cameron have created overwhelming numbers of Life Peers of their own political persuasion to ensure easier acceptance by the House of Lords of their legislation. Ever since Magna Carta, or soon after, it has been the historical role of the House of Lords as the senior branch of the legislature to curb the power of the Executive which used to be the Crown and is today the Prime Minister who commands a majority in the House of Commons. A serious constitutional issue arises where the Executive which controls the House of Commons should remove the independence of the House of Lords by packing it with members of its own choosing.

FOUR. (Usury)
Swerling quotes the National Front saying [c1970] it had no wish to endanger its unity by taking in members of the Monday Club whose nineteenth century views on free enterprise oblige them to condone international Usury. I am flatly opposed to Usury, and to say why I have written a pamphlet for a Parliamentary Pressure Group, the ‘Forum for Stable Currencies’.

FIVE. (The sound Tory policy never to interfere with the internal affairs of foreign powers)
Throughout his text Swerling re-iterates this theme, in particular to say the Tories should never have supported Blair's war in Iraq. Unwarranted interference of this kind started with Gladstone remonstrating against the Turkish massacre of the Bulgarians. Then we were a great power, and could afford such liberal thinking. Hitler did not want to go to war with England, and by the time we decided on war against him because he oppressed his Jewish minority we were in a more vulnerable position. We could not have won the war without borrowing from America. Under GATT America used our debt as a weapon to put multilateral trade in place of Imperial Preference which had held our Empire together.

SIX. (Football)
Swerling is an addict of football which is the opera of the working classes, and I know nothing about it except to observe the best way to deal with its hooligans is to throw loose women amongst them.

SEVEN. (Political Correctness)
Missing from Swerling's account of the perverse thinking of the Left is an analysis of Political Correctness. Does he know where it came from, and can he explain how it has come to exercise such an extensive hold on everybody's imagination? Saki was a marvellous manifestation of Political Incorrerctness. In his wake I wrote a series of Saki-esque short stories all of which were accepted for publication in The Tatler by Tina Brown till this wretched woman changed her mind because it worried her that the kind of people I described so fondly did not exist anymore. Undoubtedly my mental tapestry was highly preconceived. Eventually I managed to find the right home for my short stories in London Miscellany, published now out in Calcutta.

EIGHT. (Liberal Orthodoxy)
Swerling should have said something about how Liberal Orthodoxy has come to prevail in our universities to the extent that it is this Orthodoxy which now forms our Establishment. The distinguished exception is Peterhouse, Cambridge, whose old Master, Herbert Butterfield, in his book The Whig Interpretation of History exposes so much of what is misconceived in liberal thinking, especially where we come to their eighteenth century belief in Progress which would not have been understood in the Middle Ages when God and not Man was the centre of the universe. How lucky we are that Peterhouse should have given us Sir Roger Scruton.

NINE. (Is homosexuality degenerate?)
Swerling appears to think so.
Homosexuality flourishes best in those societies where women are subordinate - amongst the Arabs, and the Ancient Greeks where no women participated in Plato's Symposium. In his Enemies of Promise Cyril Connolly remarks upon the link - which is a conundrum - between homosexuality and fine writing. In ancient times Plato was the outstanding example. He has a lovely style which requires no salesman, and without being a philosopher shows himself in the Symposium to have been a first class novelist. In modern times examples are provided by my favourite authors - Proust, Norman Douglas, Ronald Firbank, Lord Berners and Osbert Sitwell.
Decadence arises where Form exceeds the Content, and all of these authors are too decadent for Swerling because their interest lies less in what they have to say than in how they say it. The abstract which gives us Form had too strong a hold on Plato's mind. No author has touched Proust for his power of analysis. F. R. Leavis loathed Firbank because he is entirely frivolous. Osbert Sitwell achieves his preciosity most effectively for the sake of his grand insolence.

TEN. (Denis Walker and the Monday Club)
Swerling has much to say about the woes of the Monday Club of which both of us have been Chairman, but stops short of when Denis Walker from Ian Smith's Rhodesian Cabinet assumed control of its administration. Both my friends Gregory Lauder-Frost and Henry von Blumenthal (whose father Charles Arnold-Baker gave us his rather remarkable Companion to British History) had served on the Grand Council of the old Monarchist League & Gregory was also an officer of the Monday Club. Denis Walker was a member of both organisations and in each of them Gregory, Henry and I gradually came separately to the identical conclusion that Denis Walker suppressed everything he personally disagreed with and ultimately took over. Henry has made the intelligent guess that it was a condition of Denis Walker's grant of asylum from Rhodesia that he should infiltrate the Monday Club and the Monarchist League, then both active fringe groups, like a Trojan horse in order to subvert them.
Swerling tells me I could have contested the underhand way (without giving me any warning of it) in which Denis Walker organised my departure from the Chairmanship of the Monday Club when a form of blackmail on his part was involved. Really, I was relieved. Denis Walker is second to none as an administrator, and used this talent to assume total control of the finances and administration of the Monday Club and the Monarchist League, a bad result for the Club as he then argued that it could have no more meetings because there was “no money to pay for them”. Before 1993 the Club had a plethora of meetings which cost nothing.