Music in the Landscape 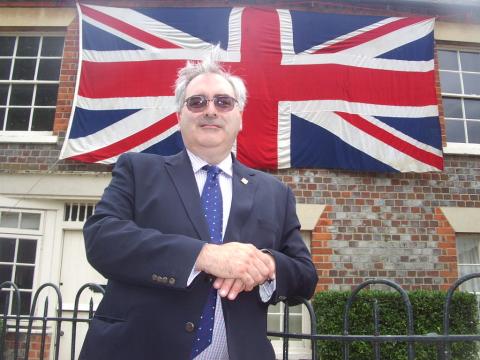 As the English Music Festival publishes its 2015 programme, Stuart Millson reviews a major work on the artistic heritage of the land.

In the haunted, mediaeval Fen Country, or wandering across the lonely expanse of Egdon Heath in Dorset; on the distant South Downs, or tide-eroded Suffolk coast and Channel Islands, or communing with Nature in the blue-remembered hills of Shropshire and Worcestershire, Britain’s composers have drawn profound inspiration from the landscapes of our isles. Specific places, and general impressions and memories of coves, castles, hills and hamlets have shaped our musical culture. For Em Marshall-Luck, Founder and Director of the English Music Festival, and author of this attractive book, the works of Elgar, Vaughan Williams, Bantock, Ireland, Britten, Bax, Boughton and Holst can only be understood by reference to the land which nurtured and inspired them. And so complete is the relationship between place and mood, and a true understanding of what makes national music national, that the English Music Festival takes place, not in an anonymous concrete concert-hall in a large metropolitan centre, but in the old town of Dorchester in rural Oxfordshire – the centuries-old Abbey serving as the stage for orchestral, chamber, choral and operatic performance.

Music in the Landscape contains page after page of information concerning the main English, or British composers; the men (and some women, such as Dame Ethyl Smyth) who began and continued what is often known as “the English musical renascence” – a great flowering of talent and genius, usually accepted as encompassing the very late 19th-century (the time of Elgar’s great emergence as a musical voice of international significance) to the 1920s and ‘30s – the decade in which Elgar, Holst and Frederick Delius all said their musical farewells to this world, but not before planting the seeds of an enduring tradition. The author carefully shows the local, native characteristics, sympathies and home-spirit of each composer: the countryside of Worcester and the visionary views from the Malvern Hills forming Elgar’s own personal land of lost content; the beach at Aldeburgh and the grey North Sea, with flickering sunlight breaking through cloud and turning the ocean silver, made manifest in the Four Sea Interludes from Britten’s 1945 opera, Peter Grimes.

Yet not every British composer gained inspiration from purely rural or English landscapes. John Ireland – whose Legend for piano and orchestra recalled a supernatural incident on the South Downs – lived in and loved London, bringing such scenes as “Soho forenoons” and “Chelsea Reach” into the piano repertoire; and evoking (by turn) the brooding and jolly city in A London Overture – complete with the bus conductor’s cry of “Dilly, Piccadilly!” – something now lost to us in the age of bendy-buses, urban diversity and Oyster cards! Sir Arnold Bax, an Englishman, felt more at home in Eire and, as a young man, espoused the radical and romantic idea of Irish independence – despite later becoming, as Master of the King’s Musick, a quintessential figure of the establishment. Nevertheless, even in Bax’s Coronation March, the listener begins to find himself not at a flag-waving celebration in the Home Counties, but beholding an ancient druidic procession – past stone-circles and heather – of Celtic princes and princesses! For Bax, landscape and Britishness tended to mean the Glengesh Pass, Donegal, and Glencolumbcille – although the cliffs of Cornwall and their Arthurian associations inspired his most famous and most performed work, the symphonic tone poem, Tintagel.

In the programmes of the English Music Festival, an “alternative” repertoire for our music has been established and (in some cases) unearthed. Usually, the main British orchestras and festivals present the somewhat safe and well-known warhorses of the native repertoire – the Enigma Variations, The Planets etc. But instead of the familiar, the Festival opens a new dimension: Ivor Gurney instead of the “Enigma”, Vaughan Williams’s The Garden of Proserpine, instead of his better-known garden of wasps! (I refer here to the much-played Overture, The Wasps – after Aristophanes, but still with a naturalistic, buzzing introduction!) And Em Marshall Luck’s book follows this same course, illustrating the highways and byways, the names and compositions, which – to a great many people – will come as a surprise because they are all so unknown. After all, what does the general listener to Radio 3 or Classic FM know of Rutland Boughton? And what of E.J Moeran, or that Fauré-like figure, Gerald Finzi, or the great conductor and composer, Sir Hamilton Harty (1879-1941) – a star of his time – but almost forgotten today? His orchestral work, The Wild Geese (which celebrated the exploits of Irish soldiers who fought at the Battle of Fontenoy) is every bit as thrilling as a score by Berlioz or Tchaikovsky, but it remains very much in the shadows of an eclipsed musical world.

Em Marshall Luck’s book – and the Festival which she founded – may yet succeed in turning the tide in favour of Harty, Finzi and, what can only be described as this “lost generation” of musicians. Informative and persuasive, with many minor, day-to-day details of composers’ lives brought to the fore, and all interwoven in a pageant of magnificent photographs of the countryside, the skies, the towns and villages of our islands, this is a book that you will turn to again and again. Explore our musical heritage – go to the shires and coasts to see where the great composers made their homes and sketched their works. And don’t forget to take this magnificent guidebook with you!

For further details of the English Music Festival, go to the following link:

Music in the Landscape How the British countryside inspired our greatest composers By Em Marshall-Luck (Robert Hale, 296pp, hardback, £27.50, ISBN 978-0-7090-8468-6) (This article first appeared in The Quarterly Review.)