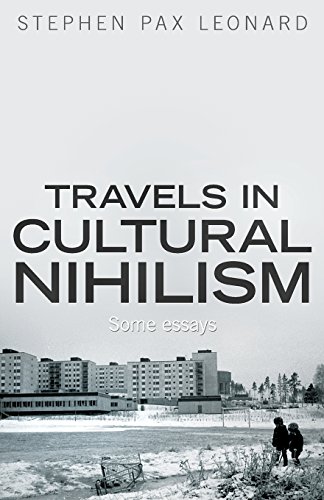 Arktos author Stephen Pax Leonard examines the problems of multiculturalism in Scandinavia and its symbiosis with left-liberal politics within the European Union.

In 2015, the magnitude of the migration crisis was such that the future of Sweden, the country that had welcomed more migrants than any other country (on a per capita basis) and that is frequently described by the UN as the ‘best country to live in in the world’, looked less than certain. Its neighbour, Norway, began preparing for its collapse. And yet, the majority of Swedes approved apparently of the changes imposed on their model society.

The essays in this book attempt to deconstruct the ideology of this liberalist multiculturalism. However, the essays’ thematic focus reaches far beyond Sweden, addressing topics as diverse as political correctness, the psycho-cultural problem of groupthink, the threat of Islamism, infringements on the freedom of speech and the flawed democracy of a federalist Europe. What ties all the essays together is an urgent need for a new kind of green conservative thinking that can more effectively challenge the discourse of globalisation, the ideology of liberalism and that can prioritise the local over the global.

There is some evidence that the tide is beginning to change. In one of the most momentous events in living history, Britain voted to leave the European Union. Political parties that wish to preserve national sovereignty have gained in support. With the referendum result, Britain can perhaps begin to look ‘over the brow of the hill’ to a more independent, outward-looking and free future. But for countries like Germany and Sweden which struggle with a liberal guilt complex, it is not yet clear whether their people will break free from the liberalist ideology, and grasp once again basic common-sense. Or whether they will become in the name of ‘multiculturalism’, the new failed States of the European Continent.