Palladio and The British 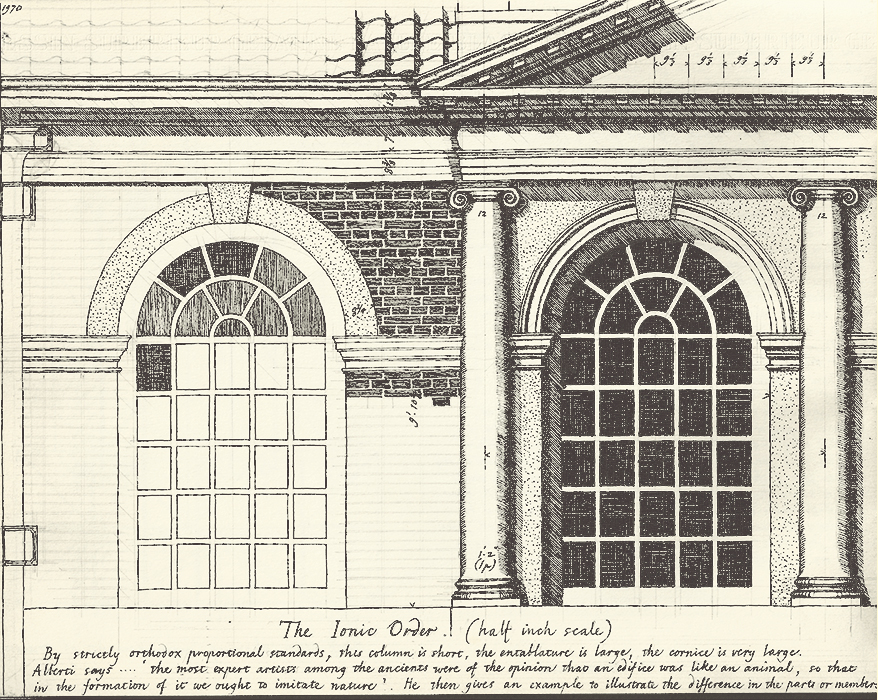 Of all the famous architects in the world, only Palladio has achieved a name that has become an adjective in common parlance for generations of Englishmen.  We don’t say Wrenian or Jonesian when referring to the work and influence of Wren or Inigo Jones, but we all understand what we mean by Palladian, and we also know that Wren and Inigo Jones were also Palladian.

The reason for his fame, ironically, is that his genius lay in his humility to copy - yes, copy - Roman buildings 1500 years before him and to record what he saw and re-use what he learnt in his work.

His book - I Quattro libri dell’Architettura - (the four books of Architecture) is the most famous book on architecture of all time.  It was first published in Venice in 1570 and proved immediately to be a book of the greatest importance and was soon republished and later translated into many languages and has been frequently republished in every succeeding century including our own.

The reason for its popularity is that he writes in simple sentences that can be understood by ordinary people with clear illustrations, first in the form of woodcuts but later editions had engravings which craftsmen could copy.

His first book is about building materials; and the five classical Orders - Tuscan, Doric, Ionic, Corinthian and Composite with such clear dimensions and proportions that every builder, stonemason, carpenter and student could understand.  His second book shows some of the buildings he has designed.

His third book is about bridges and basilicas; and his last book - the longest - is illustrations of ancient temples he had measured in Rome and elsewhere which show his understanding of Roman baroque and early Christian buildings among others.

Although his influence has been world-wide, he has always been the enduring favourite in Britain and America where this tension between moderation and abundance suits our character.

To me the most fascinating aspect of the work of all the architects who followed Palladio was that although their works could have looked like sixteenth century Italy, in fact they always look English or American and of their own century. Thus Inigo Jones built the Banqueting House, Whitehall which looks the essence of the English establishment. Colen Campbell who was inspired by Palladio’s Villa Rotunda, built Mereworth in Kent in 1722 and it looks to us the epitome of the English 18th century, and Thomas Jefferson who faithfully copied Palladio’s detail at Monticello and the University of Virginia, appears to us as the essence of colonial America.

Today we are told that to copy Palladio is to falsify history, because we now live in a modern age using modern materials so we must look forwards and not backwards.  How wrong we are!  To be an enthusiast for the work of an earlier and more gifted age than ours does not falsify - but makes history.

And speaking as an unashamed latter-day Palladian I am not ashamed to copy the work of such a master of form and proportion and detail today, which - ironically - will soon look defiantly English and 21st century.  For without the values of Palladian architecture there appears to be - like modern Britain- no history and no future.