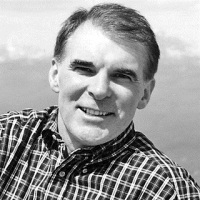 Professor J. Philippe Rushton 1943-2012: May his Memory be a Blessing by Dr Frank Ellis

There is a certain type of scientist, writer, philosopher and very rarely a politician for whom the
pursuit of truth really does matter and is not some slogan lifted from a university charter or
party manifesto to be mouthed at a public forum and then to be dishonoured when expedient.
These scientists and others like them - whom I shall the Newtonians - are primarily driven
by an intense curiosity about the world and a desire to satisfy that curiosity. They are not
particularly concerned about whether others are favourably disposed towards the outcome
of their research: they are solely concerned that their research meets the highest possible
standards in terms of experimental design, collection and analysis of data and the clearest
exposition of the results. Professor J. Philippe Rushton was an outstanding example of a
Newtonian.

In the preface to one of his early works, Educability and Group Differences (1973), Arthur
Jensen analysed the nature of scientific proof and research and in so doing provides the
precise summary of the methodological approach adopted by Professor Rushton, an approach
that was to yield a rich harvest of scientific insight. To quote Jensen:

It [empirical science] aims to find the best explanation of phenomena by ruling
out other alternative explanations on a probabilistic basis. Progress consists
of weakening the explanatory power of one or more competing hypotheses
and strengthening that of another on the basis of objective evidence. It is a
most complex process into which enter consideration of the basic assumptions
underlying a given theory, the range of phenomena that can be comprehended
by one theory as opposed to another, and the number of ad hoc hypotheses (and
the extent of their mutual inconsistency) that must proliferate to take care of
each new failure of a theory’s predictions as the evidence mounts. On all these
grounds, in my opinion, a largely genetic explanation of the evidence on racial
and social group differences in educational performance is in a stronger position
scientifically than those explanations which postulate the absence of any genetic
differences in mental traits and ascribe all behavioural variation between groups
to cultural differences, social discrimination, and inequalities of opportunity – a
view that has long been orthodox in the social sciences and education (p.4)

Scientific knowledge advances from lesser to greater levels of probability, and
most complex subjects do not make this ascent in one leap. Statements such
as ‘Circumstantial evidence does not constitute scientific evidence’, do, I believe,
misrepresent the process of science. Though they do indeed contain an element
of truth, they permit the overly simple interpretation that there are two clear-cut
categories of evidence - ‘circumstantial’ and ‘scientific’ – while in fact all we ever
have as scientists is circumstantial evidence which varies along a probabilistic
continuum in quality and quantity and theoretical consistency. What emerges
finally as scientific truth is a preponderance of self-consistent evidence which
points to one theory to the exclusion of others. In complex subjects this is a
gradual process punctuated by ambiguities and doubts, gaps and inconsistencies,
as the work progresses and a preponderance of evidence favours certain key
hypotheses and leads to the abandonment of others (p.5)

Given his personal qualities and his interests, among others, in the evolution of human
differences and the real-world consequences, Professor Rushton was bound to arouse the
hatred of Marxist fanatics and other politically correct zealots many of whom occupy
important positions in Western universities and the mass media. Rushton’s unforgivable
crime in the eyes of the left – from trendy pink to hard-core Marxist – was to collect and to
disseminate data showing that the role of genes and evolution imposed definite limits to the
kind of remedial social and educational programmes being proposed and implemented by
Western governments. Furthermore, and unforgivably as far as the left was concerned, his
application of r-K theory to the three main human populations provided powerful evidence
for the view that the ability to create, to sustain and to advance technologically complex
civilizations is not uniformly and equally distributed among them. Put bluntly, this means
that, based on evidence, not Marxist wishful thinking about what should, could or must
happen, or what might be possible in another two millennia, a cure for AIDS, for example, is
far more likely to emerge from a laboratory in Connecticut, London or Frankfurt than in any
research facility created by Robert Mugabe or Nelson Mandela’s Communist ANC.

For me, as a Slavist, one of the striking things of interest about Professor Rushton’s research
and the appalling judicial, bureaucratic and psychological persecution, including threats of
violence to which he and others, most notably Arthur Jensen, were subjected was just how
closely these methods - methods used in a liberal democracy let it be noted - paralleled those
deployed against Soviet scientists whose research was deemed to be ideologically incorrect.
Obvious parallels are what befell Nikolai Vavilov, Zhores Medvedev and the damage done to
Soviet science during the post-1945 Zhdanov Terror. Moreover, at the same time as scientists
of real ability were being persecuted and destroyed on ideological grounds, others, such as the
infamous charlatan Trofim Lysenko, were being promoted and fêted by the communist party
as the true face of something called proletarian science. In the 1960s China would make its
own contribution to the genre of the ideological freak show with the glorious Monty Python
gems of Mao-Tse-Tung Thought.

I would also like to place on record my deep gratitude to Professor Rushton for his
support when I was under fire at Leeds University in March 2006 for having argued that
multiculturalism was a gruesome failure. Eventually, I was suspended pending an internal
hearing. One of my main crimes, as far as Leeds University was concerned, was that I had
cited a long article co-written by Professors Rushton and Jensen (see J. Philippe Rushton
and Arthur R. Jensen, ‘Thirty Years of Research on Race Differences in Cognitive Ability’,
Psychology, Public Policy and Law, Volume 11, Number 2, June 2005, pp.235-294). From
sources inside the university I know that Professor Rushton’s intention to turn up, along with
other prominent scientists in this field, as a witness for the defence terrified Leeds University.
In the same year, a few months after the Leeds University case against me collapsed in
disarray, I also had the great pleasure and honour to be able to share a conference platform
with Professor Rushton. Professor Rushton’s presentation dealt with the biological basis of
patriotism and xenophobia and provided a powerful framework for understanding why trust
and cohesion disappear when racial and cultural diversity becomes too diverse.

Not only was Professor Rushton an outstanding scientist – his prolific publishing record in
top-flight journals speaks for itself - and was undoubtedly a very serious contender for a
Nobel Prize nomination, but he was also a man of high moral and physical courage who
refused to be deflected from his path. Were I in a trench about to be assaulted by the massed
ranks of the Taliban, I would find it very reassuring to know that Professor Rushton, rifle in
hand, was standing alongside me. In a perverse sort of way I suspect that those who sought
his destruction understood all too well that Professor Rushton’s research was much closer to
the truth about the ascent of man than they cared to admit; and that his published research and
the discussion of its findings undermined the propaganda of UN-sponsored Oneworldism and
the cult of multiculturalism. All the best liars know the truth and they hate those who will not
live and work by their Lies. This is why the left and its gullible stooges tried and failed to
destroy Professor Rushton’s high reputation and honour. What a wretched, ugly age ours is
when such men of talent can be mocked and derided by envious devils. But a new adventure
begins. Professor Rushton’s devotion to truth and knowledge will ensure that he shall be
warmly welcomed by Plato, Thucydides, Socrates, Tacitus, Galileo, Spinoza, Newton,
Einstein, Darwin, Sakharov, Solzhenitsyn, Grossman and Leonidas. Professor Rushton
embodied courage, honour and wisdom, qualities recognised by all man’s races, tribes and
nations. In every age and in every time they are always intoxicating, always inspirational,
urging us on to explore and to seek and when necessary to stand our ground. These are the
timeless qualities that bind and separate the tribes of man not the trickery and false teachings
of UN-Marxism.