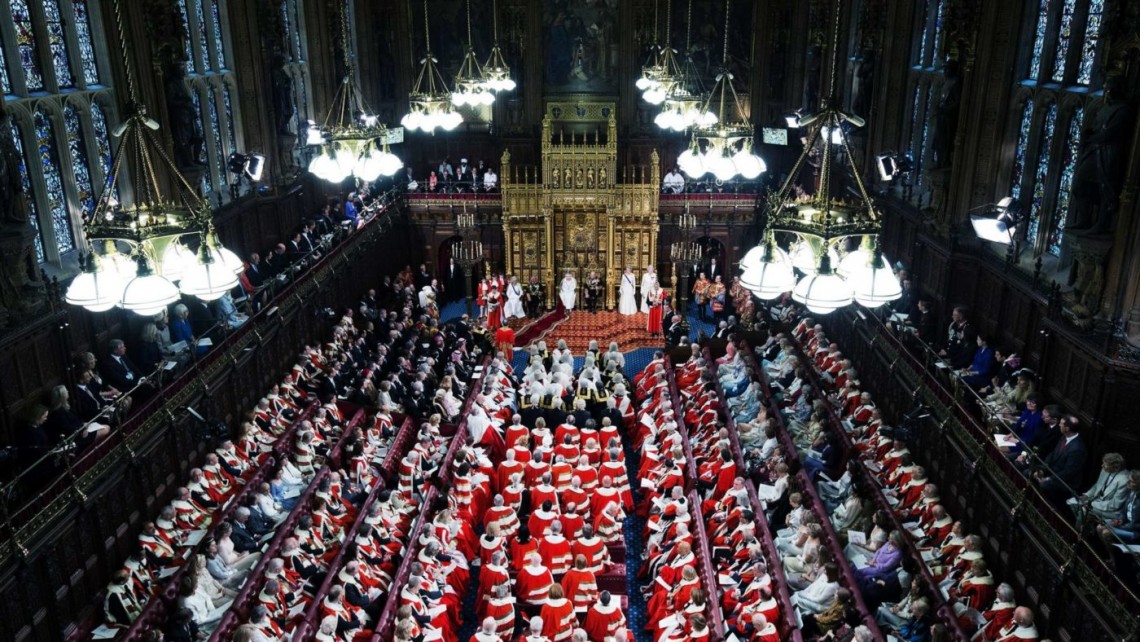 Lord Sudeley has written a remarkable new historical study of the House of Lords. Writing from an inside perspective as a hereditary British peer, he argues for the restoration of the hereditaries. Their return to their rightful position would remove politically appointed place-holders and recreate two fully functional chambers.

PEERS THROUGH THE MISTS OF TIME

In 1981 Sudeley cleared a Bill in the House of Lords to uphold the Book of Common Prayer. From Saxon times his family has held six peerages – under Edward the Confessor a Saxon Earldom (before Earldoms became hereditary); at the Norman Conquest a Barony by Tenure (such Baronies have become extinct); a Barony by Writ of Summons to attend Parliament (such Baronies have become rare survivals); two Baronies created by the current mode of Letters Patent); and an Irish Viscountcy (created by Charles I to celebrate the antiquity of the descent of Sudeley's family from Charlemagne).

Most of our history has been written by Whigs, absorbed by the increasing ascendancy of the House of Commons, which has left a yawning gap in English historiography. An important institution in its own right, the House of Lords has been overlooked.

Has the House of Lords been sufficiently democratic? A principal flaw of democracy is its failure to safeguard minority interests, of which farming has been the most significant. Sudeley considers the role played by the House of Lords under our earlier constitutional arrangements. In the Middle Ages England was a corporativist state, made up of the various powers and liberties of the land, and where they happened to conflict a hereditary monarch was the arbitrator. The eighteenth century favoured a Mixed Constitution derived from Aristotle. It was a blend of Democracy (which is elective) and Monarchy and Aristocracy (both of which are hereditary).

The Glorious Revolution gave us Locke's constitutional theory of Checks and Balances, developed by Montesquieu into a theory of the separation of the powers Executive, Legislature and Judiciary to be seen at its best on the American Constitution. Sudeley shows the role played by the House of Lords as the senior branch of the Legislature ever since Magna Carta to curb the power of the Executive. Owing to James II's excessive use of the Royal Prerogative, it was the peers who invited William of Orange to assume the throne. Since then the power of the Executive has passed from the Crown to the House of Commons. In 1893 the House of Lords threw out Gladstone's Bill giving Home Rule to Ireland through the use of Salisbury's Referendal Theory that it was the duty of the Lords to refer matters to the electorate where there were grounds for believing the Commons lacked a mandate. For enough support in the Commons Gladstone had to rely on his Irish allies.

Sudeley examines also how in the Middle Ages the House of Lords evolved that hereditary composition which has ever since given its independence of the elected House of Commons, the variety of its judicial roles, and its procedures and records.

Of special interest to readers will be Sudeley's exposure of the Cranborne Deal in 1999 to spare temporarily 92 of the hereditaries. Peers accepted the Deal because deceived into thinking it came from Cranborne. In point of fact the Deal came from Blair as the best way to split opposition.  Cranborne fell for Blair’s strategy. In 2004 Blair sought to evict the remaining hereditaries. At last leadership of the Conservative Opposition in the House of Lords was properly organized. The Leader of the Opposition, Lord Strathclyde, told Blair that unless he could come up with a sensible plan of further reform to replace them, the Lords would hold up all his more important legislation. Blair backed off.

Sudeley makes the case for the restoration of the hereditaries. After all, it happened before, after the failure of Cromwell’s Republic, and it worked very well. The only other two alternatives are an Appointed or an Elected Upper Chamber. Both are unsatisfactory. Sudeley received a cheque for £1,000 from a Greek shipping magnate, Dmitri Marchessini, to thank him for his letter to The Times saying it is a serious matter where one chamber of Parliament appoints the other. And an elected House of Lords would end in gridlock. Ever too jealous of its own authority, the House of Commons would not wear an elected Upper Chamber in competition with itself.