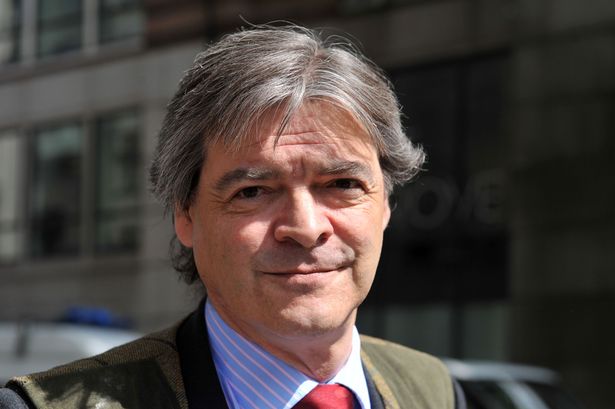 Rhodri Philips, 4th Viscount St Davids is the living embodiment about why the hereditary peerage, far from an anachronism, is conversely something worth cherishing in our increasingly anodyne society. In a world of sound bites, insincerity, and dull-grey individuals St Davids adds colour and soul to our relentlessly monochrome, ill-at-ease country. He is what he is, he believes what he says, he cannot be bought or sold, and his beloved family will still be deep in the soil of our country centuries after Facebook, the Twittersphere, Blairites, Corybinistas, Cameroons, and Mrs May and her failed election have all been long forgotten. Of course he has his human frailties like every other living, breathing soul but his many friends speak well of him. He is renowned to be articulate, generous, kind, self-deprecating, immensely loyal - and contrary to the recent, loathsome allegations, far from a racialist. Something that could certainly not be said about his major accusers.

And what - in the cold light of day - has the noble Viscount done which is so wrong, so worthy of now shamefully being locked up at Her Majesty's pleasure, and at vast expense to the taxpayer? Misjudgement - above all else. The misjudgement of posting a not especially funny piece of satire for private consumption (which it is claimed the world read) on a narcissistic, social networking site that will hopefully soon be obsolete. Did he expect anyone to seriously take up his offer of a £5,000 fee to assassinate the always attention seeking Mrs Miller? For a start he'd have to offer a hell of a lot more than that, even for Mrs Miller; although I've heard on the grapevine that some dispossessed in the North, whose whole communities have been destroyed by the very globalisation espoused by Mrs Miller and her self-satisfied ilk may be willing to do it for nothing...... And as for his description of Mrs Miller as a first generation immigrant, that comment may have been unnecessary, maybe even unchivalrous, but it is indeed a statement of fact. She was not born in the then British Guyana.

Rhodri St Davids, if anything at al, is guilty of misjudgement - that of being on the destructive and dangerous Facebook in the first place - and also perhaps being a little unchivalrous to a publicity addicted woman who has made much repeatedly of being a 'business woman', whilst almost obsessively plotting her own place in the PC history books. But worthy of a criminal record and clogging up the court system, I think not. And think of the police whose time has been so wasted and abused investigating this piece of vitriolic nastiness and snitching on behalf of the person who made it his full time occupation to shop the affable, eccentric peer?? With terrorist plots to foil and modern Britain in an increasing state of social anarchy, should we have really added this pathetic burden to their shoulders?

All that can be said is that public life is far the richer for having the likes of St Davids still on the radar - even if only just. Whatever can be said of him, he is not a phony, a snitch, an attention seeker, a repeated bully, a hypocrite, or a sadist - one that derives constant armchair, internet infused pleasure by trying to bring down others greater than himself.

My later Father always used to say if ever a piece of unpleasant gossip was placed on his desk, before even interviewing the accused, his first instinct was to question the unsavoury motives of the whistleblower. The Court system would do well to remember this...