The TBG on Social Media 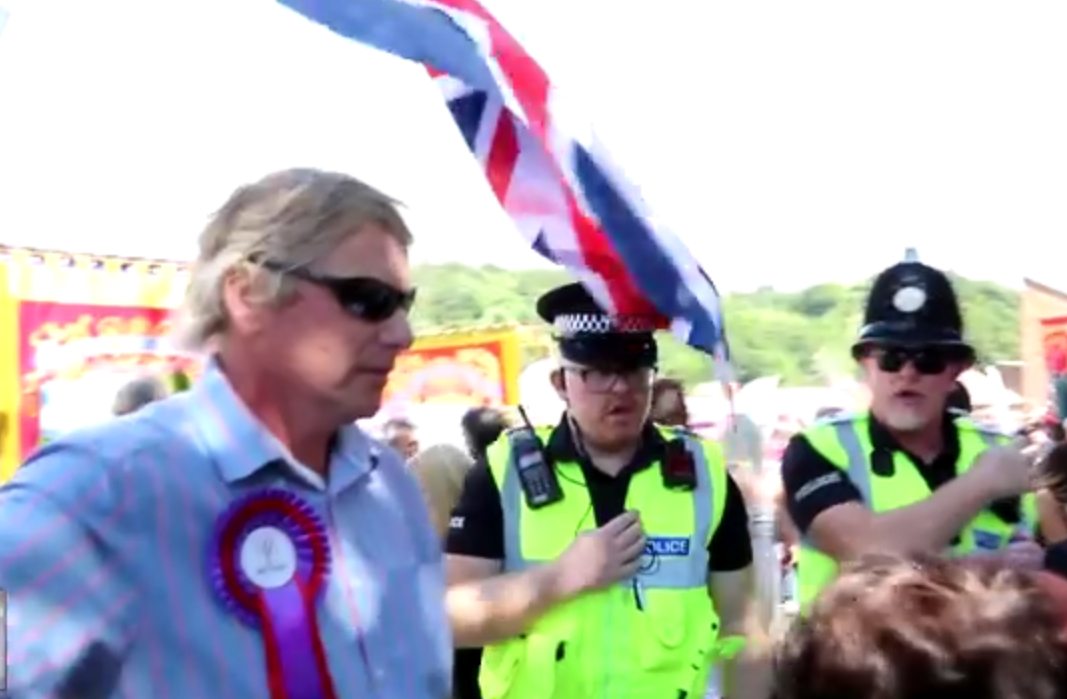 This afternoon the main Traditional Britain page on Facebook (generally known as Stasibook in these quarters) was removed with a spurious 'standards' complaint over a post on transsexuals protesting Trump (a video link was headlined 'how many are flying over the cuckoo's nest', in reference to the famous film). A post that did not even receive the standard time-out penalty for our posting admin.

To us at TBG Towers, the real reason for the page being unpublished was clearly another  video that in a couple of hours had generated hundreds of thousands of views and many thousands of shares. Views and shares that were increasing exponentially as the day went on and had caused a discernible ripple of public outrage and not a little anger towards Durham police.

The video related to British policemen threatening attendees at the Durham Miner's Gala with arrest if they continued to fly our Union flag. They were then walked out of the town and told not to return or face Public Order arrests. The video in question, which you can view below, could not thereafter be uploaded to other Facebook pages giving further credence to our belief in the real object of Facebook's wrath.  After being shadowbanned for two hours and our online response here and elsewhere, it was eventually able to be shared again.  The interesting question, if our assumption is correct, is where did the pressure to do this come from?

On the same day this occurred, we learnt that an Irish company CPL Resources, based in Dublin, is responsible for policing our thoughts on Facebook, flicking the kill switch at ideological infractions. A programme on the subject was broadcast on July 17th on Britain's Channel 4.

Interestingly we appealed and the page was eventually restored. Since this point there has been a concerted effort on the part of the Durham Miners Association to tell us not to believe our lying eyes and that the police really acted because the For Britain group are a ...wait for it, 'far right group'. Which with trades unions (or the ghost of a trades union which DMA now is) effectively means anything to the right of Labour.

Alternative social media is clearly the way forward, but until the wider population starts to desert these social media behemoths, those who want to communicate another vision with them are forced to sup with the devil and use platforms we'd otherwise be much less likely to. Such is life.