Stuart Millson Our friends in the North 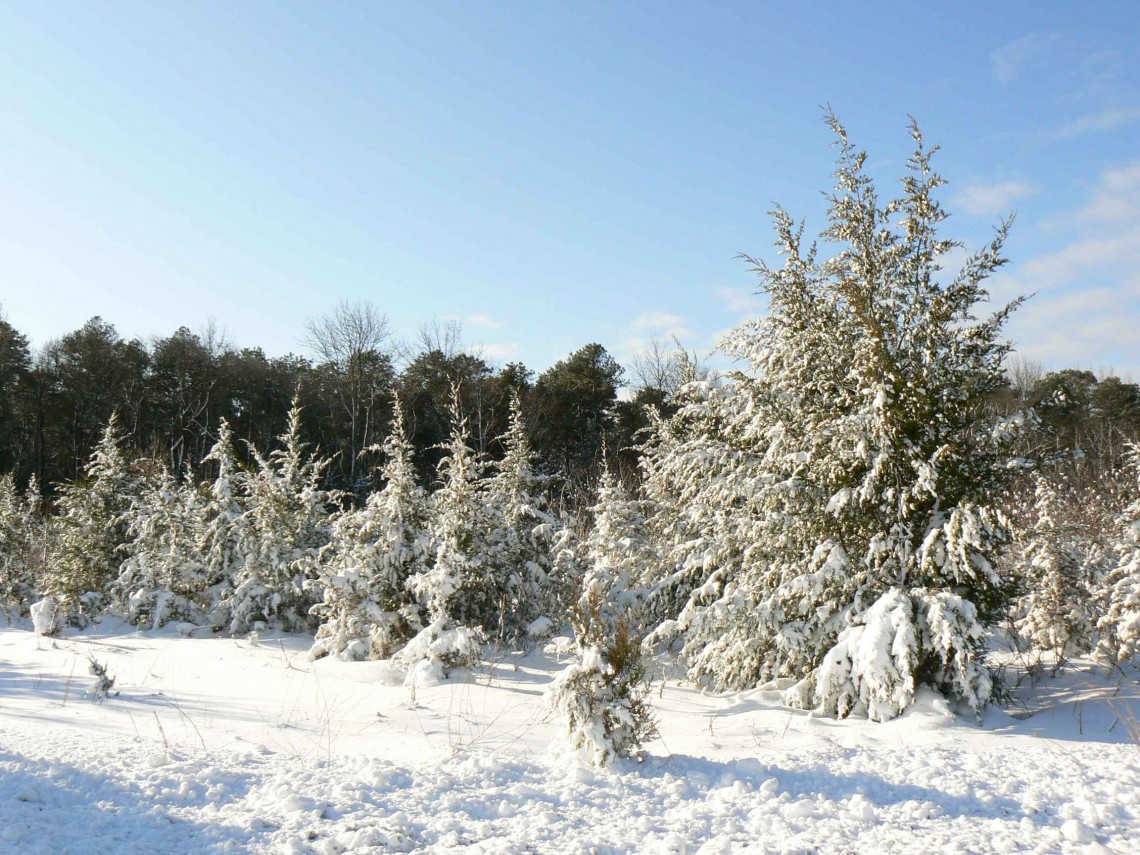 The Estonian conductor Neeme Jarvi must be one of the busiest recording artists in contemporary classical music. Endnotes has covered many of the fine recordings he has made for the Chandos label – everything from Parry, Wagner and Johann Svendsen, to the symphonies of the 20th-century Swede, Kurt Atterberg. Returning to Scandinavian territory, Jarvi brings the Bergen Philharmonic Orchestra (one of Europe’s emerging ensembles) into the recording studio – in this instance, the Grieghallen in Bergen – for a cornucopia of fascinating, enjoyable, colourful pieces by the Norwegian, Johann Halvorsen (1864-1935). Halvorsen was a true romantic in music, a member of Grieg’s circle, and – in so many ways – a sort of alternative Grieg: offering us a Bryllupsmarsch (Wedding March), a Brudefolget drager forbid (Bridal Procession), Sorte Svaner (Black Swans – although swans are more associated with Sibelius), a Wedding of the Ravens, ancient Norwegian dances, rhapsodies, ‘Fairy Tale Pictures’ (Eventyrbillder, Op. 37), snowy scenes from the Nordic imagination and melancholy melodies of great touching tenderness.

We also discover on this four-CD box-set, three symphonies – the Symphony No. 2, subtitled ‘Fate’, and inspired by Halvorsen hearing a 1920 performance in Amsterdam of Mahler’s Sixth Symphony; and a Dance Scene entitled ‘Queen Tamara’, based upon the writings of Knut Hamsun – a tale about a mediaeval Christian Queen and a romantic entanglement with her enemy, a Muslim Khan. Probably inspired by Tchaikovsky, Halvorsen wrote his own Rococo Variations (on an ‘Old Melody from Bergen’) and, like the Dane, Carl Nielsen, produced a ‘Mascarade’ Suite. There is so much to enjoy in this collection: the sense of clear air in fjords and on high hills, of a local fiddle-player leading a country procession, and in music that vividly evokes the dramas and ancient sagas of the composer’s country. There even seems to be an overlap with Delius – another composer inspired by Grieg and the far North: one of the tunes Halvorsen chose in his folk-tapestry (Bridal Procession) appears in the Chandos collection, ‘Delius in Norway’ (conducted by Sir Andrew Davis, again with the Bergen forces). Clearly, there is a heritage of local tunes and myths upon which so many artists have drawn – all enveloped in the atmosphere and overwhelming beauty of the peaks and valleys of Scandinavia. As to the performance standards, there can be no criticism. Work after work is presented with passion, verve, feeling, true and total identification – it is as if the Bergen Philharmonic players are setting down the very stamp of their country and its authentic voice in music. Credit must also be given for the soloists who grace this set – Ragnhild Hemsing (the Hardanger fiddle in Fossegrimen, Op. 21 – a Dramatic Suite for Orchestra), Marianne Thorsen (the violin soloist in assorted Norwegian airs and dances) and Ilze Klava (viola – in the Op. 20, No. 2 Passacaglia Duo for violin and viola).

If Halvorsen embodied the Nordic world, Edward Elgar (alongside Ralph Vaughan Williams) carried both within his music and general bearing, the spirit of England. And from Somm Records comes a work of that title, his Op. 80, 1917 The Spirit of England – a choral-orchestral three-movement sequence that is both a call to arms (“Now in thy splendour go before us, Spirit of England, ardent-eyed…”) and an elegy for the war which Elgar mourned… “They shall not grow old, as we that are left grow old…” Setting the famous words of the patriot-poet, Laurence Binyon, this piece was the most substantial of the composer’s “war works” (his heroic, Belgium-inspired Carillon also appears on the new CD); and suggests contrasting feelings about the world conflict that was raging about him. In Jerrold Northrop Moore’s massive biography of Elgar, A Creative Life, we are told that the artist (too old to fight) enrolled as a Special Constable near his home in North London, determined to do what he could for the war effort. Yet he recoiled at the devastation of Zeppelin air-raids, and was horrified by the stories in the newspapers of the deaths at the Western Front of army horses – “oh, my beloved animals…” he wrote – whilst railing against the “human beings” who created the endless suffering. Such contrasting emotions surface in The Spirit of England, as the great, noble, Cenotaph-evoking surge at the beginning descends into a darker, disjointed passage – almost exactly like the snapping Demons’ Chorus in the oratorio, The Dream of Gerontius. For the Somm CD, John Wilson (well known for his reconstruction of MGM Musicals at the Proms) conducts the Philharmonia Orchestra and London Symphony Chorus, with Judith Howarth, soprano. It is a noble performance, full of Elgarian and period feeling, with great drive from Wilson, and I enjoyed it enormously; and the CD pressing (not to mention front cover and booklet production) is a clear indication of Somm’s prestige and expertise as a major force in the British recording industry. But I have to say that the acoustic of Henry Wood Hall, London – a recording venue for many of the capital’s orchestras – was, to my ears, just slightly dry, certainly when compared to the more majestic and reverberant setting of Paisley Abbey, Scotland, for Sir Alexander Gibson’s classic (and dare I say?) definitive version of Elgar’s Op. 80. The shorter, Carillon – set down at the Watford Coliseum – gave a richer sound to the ensemble (which for the latter work was the BBC Concert Orchestra, with the equally rich-of-voice, Simon Callow, as narrator).

During the Great War, Sir Edward and Lady Elgar escaped to a cottage in Sussex, Brinkwells, which provided solace and new inspiration; generating several chamber works, of which the Piano Quintet was the most ambitious – and possibly one of the finest works of 20th-century English music. A String Quartet also came from this period – and more about this, toward the end of this review. But just after the Armistice, Elgar – again taking his cue from a reading of Binyon (the poet’s retelling of the legend of King Arthur) – produced another serious piece, this time for the theatre. It is often said that the post-Great War period, and the time after Lady Elgar’s death, resulted in a complete loss of inspiration for this sensitive composer, whose time had passed with the sweeping away of Edwardian England. His music, though, for Arthur – some of which found its way into the extraordinary realisation of sketches for a Third Symphony (began on his own deathbed) – paints a picture of a creative force still very much with something to say; and with no diminution of the dramatic voice and capacity for pathos and a memorable tune which characterise the output of one of our greatest, if not, the greatest English composer.

Here, Somm has recorded the 25 items from the complete Arthur incidental music for the March, 1923, performance at the Old Vic, with brilliant, vivid playing by the 14-strong Orchestra of St. Paul’s, conducted by the gifted, original and thoughtful maestro, Ben Palmer. At first, I missed the wider, larger orchestral sound to which I was accustomed on my George Hurst/Bournemouth vinyl record of the King Arthur suite. However, after the third or fourth playing of the CD, the theatre-orchestra sound – its chamber-like detail – seemed the perfect accompaniment to the shadows and lost memories of the “once and future King”. The score has those uplifting, striding-out, martial Elgar tunes, and quiet moods and beauty, especially in the lovely cadence of the clarinet, part way through the Introduction to Scene 4. If you buy the CD, as I hope you will, this is track 13, and it is delightful. The item has one of those inimitable phrases and touches by Sir Edward: wistful, innocent, and full of a sense of the Malvern Hills and autumn countryside. The clarinet is played by Sarah Thurlow.

Finally, we return briefly to Elgar’s String Quartet, played as part of the West Malling Music Festival “Bach Pilgrimage”, and the last item in a 2pm, late-September recital at St. Margaret’s Church, Addington, near “Town Malling” (as it was once known). Performed by the dazzling and young Sacconi Quartet, the work contained what Lady Elgar described as “wood magic” (the atmosphere of the Wealden woodlands that suffused her husband’s chamber works) – a nostalgia, concluding with a torrent of invention, that sat very favourably with the graceful nobility of J.S. Bach’s Contrapunctus No. 1, from The Art of the Fugue. In a church at the foot of the North Downs and the Pilgrims’ Way, as the year changed from late summer to autumnal colours, the West Malling Festival reminds us of the importance of local music-making. It is, perhaps, worth paying tribute, not just to the players, but some of the people who make such events possible – including Kent County Councillor, Mrs. Trudy Dean MBE – whose personal contribution to the arts in this one part of the land is an example to us all.

STUART MILLSON is the Classical Music Critic of Quarterly Review.