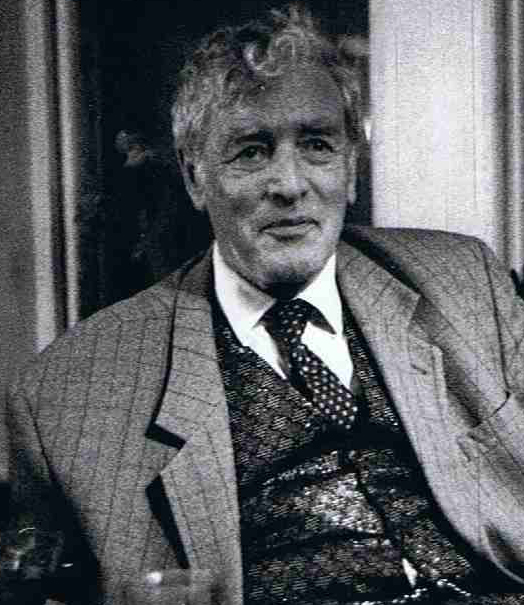 How should the British Empire be best defined? It depended upon our naval supremacy, when, in the Victorian period, our Royal Navy had to be larger than the next two biggest navies combined; and our Empire was established upon the principle of the import of raw materials from the colonies in return for the export of products manufactured at home. Exports were insufficient to pay for imports without the invisible earnings derived from banking, shipping and insurance. The huge invisible earnings of the Empire were invested in railways, especially in Canada and India, irrigation, especially the Aswan Dam, and docks and harbours, especially at Singapore.

The imperial policy of exchanging raw materials for manufactured products was not always successful. To list a few examples, we lost America, partly, because we tried to arrest the development of its own manufacturing industry. During his campaign for us to quit India Gandhi opposed our export of textiles from Lancashire. Our presence in China was established under the Unequal Treaties through the use of gunboat diplomacy, and it is impossible to understand the Boxer Rebellion without seeing that China did not want our manufactured products any more than our missionaries.

At times the Flag was reluctant to follow Trade. Gladstone was opposed to imperial expansion owing to the need to keep down government expenditure. Salisbury tried to extend the British Empire on the cheap by sub-contracting out to private enterprise. In 1886 there was the Royal Niger Company, in 1888 the Imperial British East Africa Company to cover Kenya and Uganda, and in 1889 the British South Africa Company to cover Rhodesia. But none of these ventures worked out in the way, which had been intended. Reluctantly, the British government had to step in, annexing territory.

Often the Flag did not follow Trade at all, to give us the Informal Empire, which Nicholson does not consider, and about which the books by P. J. Cain are excellent. To provide some examples, there was India before the eighteenth century through the operations of the East India Company. In the nineteenth century there was China, to include our trade in opium, needed to pay for the administration of India. The expansion of British trade and investment in the Ottoman Empire led to the formation of Anglo-Greek firms like the Rallis and the Rodoconarchis. Following the Napoleonic War, there was our economic penetration of the Spanish colonies of South America. The other powers, which had defeated Napoleon, may have felt that under their Holy Alliance they should act in defence of absolute monarchy to suppress further revolutions. At the Congress of Verona in 1820, however, Castlereagh drew up his own separate instructions not to help the Spanish Crown, but, on the contrary, to recognise de facto governments in South America, resulting from successful revolutions. The old high Spanish imperial tariffs were lifted, and we became large investors in Latin American railways, utilities and government bonds. By the early twentieth century we were importing massive quantities of guano from Peru, nitrate from Chile, and refrigerated beef from the Argentine.

The principle merit of Nicholson’s book lies in his understanding of the importance of our own imperial tariffs for the protection of British agriculture and industry, and of the harm, done to our Empire by our participation in both world wars.

Hitherto Britain had been wedded to the Liberal doctrine of Free Trade as an article of quasi-religious faith held in the belief it would bring a new global order of universal peace. The need, however, arose from the 1870s for the abandonment of Free Trade and the introduction of Tariff Reform. Nicholson tells us everything about why Tariff Reform was belaboured by such a slow start. European agriculture could not compete with the imports of wheat grown on the virgin soil of the North American prairies, refrigerated meat from the Argentine, and wool from Australia and New Zealand. Virtually all European nations responded by imposing tariffs on imported foodstuffs. England failed to follow suit because it had just become a democracy where all decisions depend on voting by majorities. Any government, which raised the price of food, risked being voted out of office at the next election. The principle defect of democracy lies in its failure to protect minority interests, of which farming was – and still is – the most significant.

The consequence was the ruin of British agriculture. Because farming could no longer pay for itself, much cultivated land was abandoned, and many farmers had to emigrate. Industry suffered too. There was the need to alleviate deep seated anxieties about Britain’s industrial performance in comparison with the USA and Germany. In a famous speech, delivered in Birmingham in 1903, Joseph Chamberlain’s sound Conservative response was a magnificent scheme of imperial consolidation by the setting up of an imperial Customs Union, or a free trade zone encompassing the whole Empire, sheltered from the rest of the world by high protective tariffs. Unhappily, Chamberlain’s speech offended deeply rooted Liberal prejudice attached to Free Trade. The Conservative defeat at the election of 1906 was so catastrophic that Tariff Reform had to be delayed for 25 years.

During his premiership Salisbury depended on our naval superiority to maintain his policy of splendid isolation to avoid Continental alliances, about which he observed we would draw out less than we put in. We would have been better off never to have joined the alliance already formed between France and Russia. It was our entry into that alliance which deprived Germany of the quick and easy victory it would otherwise have obtained in 1914. And Nicholson gives the disadvantages to the Empire of our failure to follow Lansdowne’s plea for a Negotiated Peace with Germany in 1917. To compensate for their huge losses, the Allies were tempted into a policy of territorial greed, which was of no benefit to them. At the outset of the First World War Asquith said the British Empire had no wish to expand. Nicholson assures us that the Third Empire in the Middle East, which Britain acquired at the end of the First World War, was far from being a wholly desirable possession. In Palestine Britain would have preferred an Arab state with a Jewish minority. When, however, the USA came to see a Jewish state as a necessary solution to the problem of Europe’s surviving Jewry, Britain handed over its mandate to the United Nations.

The belated opportunity for the Conservative Party to introduce Joseph Chamberlain’s scheme of imperial consolidation under the guise of Imperial Preference came with the Depression of the 1930s. For the reasons, which we will be giving shortly, it was not permitted to survive the Second World War.

Without any negotiated peace to end the First World War the Allies were able to impose upon Germany the war reparations, which occasioned the rise of Hitler and the Second World War.

It is unfortunate Nicholson has to tell us he cannot agree with Sir Oswald Mosley it would have been better for us never to have become involved in the Second World War. In his wish to unite the German peoples Hitler was looking east, to take him to war with Russia where he had to bite off more than he could chew. Most definitely he did not want to go to war with England. Hitler was the unsung hero of Dunkirk who let the British Expeditionary Force get away because we needed it for the protection of our Empire.

The two most unfortunate consequences of the Second World War came in 1947 with our loss of India, jewel in the Crown of the Empire; and one year later, in 1948, with the General Agreement on Tariffs and Trade, or GATT, which destroyed Imperial Preference.

Nicholson tells us how, before the Second World War, the architects of British Indian policy were able, still, to consider our withdrawal from India to be neither desirable nor necessary. British rule continued to enjoy the overwhelming support of the Indian princes, Hindu and Moslem alike, to whom under our policy of Paramountcy we had given so much autonomy, even to the extent that Hyderabad had its own currency. Our mistake was never to have listened to Salisbury’s advice that, whilst it was in order to teach Indians arts and crafts, we should not have given them a western liberal education. British rule became resented by the educated middle classes living in Calcutta, Bombay and Madras who took the advantage, given to them by the Second World War, to damage so many of the instruments of our control. Hitler, who did not wish to go to war with England, offered us his own avuncular advice.  Shoot Gandhi, he said, and if that does not work out, then ten Indian Congressmen to follow. Once war was declared, Gandhi extended the movement, which he had led in Congress, of non-co-operation with the British into a policy of refusal to support the war effort unless India was granted full independence. By 1942, under the shadow of Japanese military expansion, Gandhi went further still by extending his Quit India campaign into an organised obstruction of the British war effort, which he called Open Rebellion. His followers in Congress were aiming for a centralised Hindu Raj.

The Moslems in India became united by the violence, associated with Gandhi’s Quit India campaign, once it had degenerated into an attack on themselves as well as the British. The Moslem League demanded a handover of political power to independent Moslem states in the north-west and the north-east, which became Pakistan.

After the Second World War, British withdrawal in 1947 and the Partition, which followed, were hurried through with an undue haste causing vast human suffering. The number of deaths is estimated to have been between 10 and 20 million. Deceptive assurances were given to the Indian princes, who had been so loyal to the Crown, that if they joined India or Pakistan their interests would be protected. Instead, they were abolished by successor governments, which never intended to protect their interests. Hyderabad was actually invaded.

How in 1948 did the rest of the British Empire come to be dismantled under GATT?

Winning the war against Hitler necessitated being in debt to the USA, which took the opportunity, confirmed under GATT, to use that debt as the weapon with which to destroy Imperial Preference and put Multilateral Trade in its place. American Secretary of State Cordell Hull liked to boast how Multilateral Trade was the knife with which to open the oyster shell of the British Empire. So the Special Relationship we are supposed to have enjoyed with the USA was a lie. On winning the war on paper against Germany, in effect, we lost it to the USA. Some of us could not pass the American Embassy without stopping to spit on the pavement.

Let me end by giving four quotes out of Nicholson’s commendable text to illustrate the argument that America was not our friend.

ONE. In 1941 Keynes was told America would preclude Britain from maintaining Imperial Preference.

TWO. Britain’s pressing financial need for US armaments and financial help provided an opportunity for Cordell Hull to advance his ambitions. The US sought the dramatic expansion of American exports and economic influences.

THREE. When the war was over Truman scrapped Lend Lease and replaced it with the Washington Agreement requiring Britain to eliminate Imperial Preference.

FOUR. In the view of Julian Amery, biographer of Joseph Chamberlain, and to whose memory Nicholson’s book is dedicated, GATT arrested the expansion of the Commonwealth along the lines, which Imperial Preference had initiated.

Nicholson is an old fashioned Conservative, who, in his next book, intends to show most revolutions have had disastrous consequences. It is indeed the way with most revolutions that they introduce a harsher order than the one before, the French and Russian Revolutions being outstanding examples. Yet, Nicholson believes the big exception to have been the Whig Revolution, which fostered the growth of the British Empire through a massive expansion of trade.