The Banner of St. George 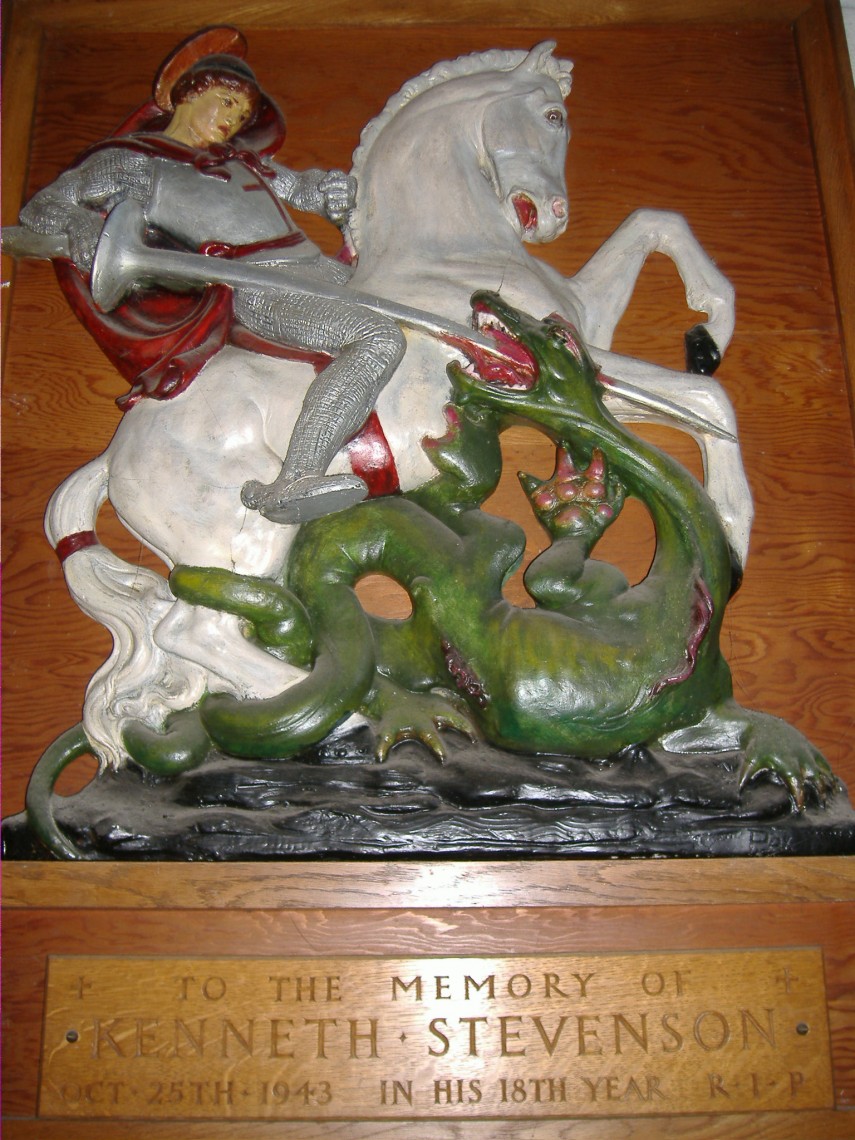 On England’s national festival day, patriotic works by Elgar rekindle memories of a proud and united past.

David Cannadine in his book The Pleasures of the Past, noted that if Elgar had died at the age of 40, his name would, today, live on only in specialist books about English music – his few, mainly choral works given the occasional outing at provincial or esoteric festivals. Elgar was 39 when his Norse saga, King Olaf, was written (for a festival in North Staffordshire – the year was 1896): his masterpiece, the Enigma Variations (championed by the great Wagnerian, Hans Richter) would come three years later.

Fortunately, Elgar lived a long and full life, drawing inspiration from many sources: the lanes and hills of Worcestershire, Herefordshire – and even on one occasion, the coast of West Wales – and (in 1918), the woods of Sussex. He was also attracted by a sense of British imperial destiny and history; and from numerous legends, poems, stories from Shakespeare, and sagas from the pen of Longfellow – and it is from the latter that King Olaf derives.

A “blue-eyed Norseman” and a Viking in reverse (Olaf converted to Christianity, was baptised in the Scilly Isles, and later set forth on his expeditions to fight for the new religion with great zeal), the spirit and action of Elgar’s drama almost lends itself to opera. Noble and dramatic ideas pulse through the score, and the choral contributions are exciting and point very definitely to the true majesty that would come in The Dream of Gerontius and The Kingdom.

The year 1897 saw the Diamond Jubilee of Queen Victoria, and true to form, Elgar responded to the mood of the times with an Imperial March, and a cantata, The Banner of St. George, with words by a fine-sounding Victorian fellow, Shapcott Wensley (the pseudonym of writer, Henry Shapcott Bunce): the flag of the Saint coming from England’s “misty ages”, with “deathless heroes” and “glorious deeds of old” abounding. How different all this seems from the response which can be expected from many of today’s leading poets and authors: men and women who would go out of their way to avoid any identification with their native land and its many good deeds.

Yet Elgar himself was, in many ways, an outsider – a man whose Roman Catholicism and social origins in the lower-middle-class (his father ran a music shop in Worcester) might well have put him against the grain of Britishness and the establishment. It is a testament to our country’s cohesion and unity in those far-off Anglo-Saxon days of Empire and monarchy, that the composer saw himself, above all, as a loyal Briton – keen to serve the country, rather than (as the Bloomsbury set and others did) detract from it. Elgar, the Catholic, would emerge as a supporter of Sir Edward Carson – signing Carson’s pledge to defend British Protestant Ulster from absorption into an Ireland of Home Rule; and expressing throughout his life a dedication to the cause of monarchy – the Coronation Ode (1902) and Second Symphony (1911) embodying the British love of ceremony and remembrance. During the First World War (too old by then to serve on the Western Front), he enlisted as a Special Constable, and helped to keep spirits high in his musical capacity by conducting many of his own patriotic “potboilers”, including The Fringes of the Fleet (with words by Kipling).

Elgar remarked that in the old days of the troubadors, it was no disgrace for a man to step in front of an army and inspire them with a song. His Pomp and Circumstance Marches, and post-Great War Empire March symbolise this feeling of pride – the artist identifying with the fighting man. However, the desolation and destruction of the Western Front filled the composer of ‘Land of Hope and Glory’ with an equivalent sense of loss and hopelessness. Elgar was horrified by the death of a generation, but it was not just the dead soldiers of our regiments which he mourned. The plight of the cavalry and artillery horses of the Great War – “my beloved animals” – affected him: “let God kill His human-beings”, he wrote in bitterness.

The years 1918-19 saw a greater introspection – the Piano Quintet, inspired by rural Sussex, was said by Lady Elgar (who would die in 1920) to represent a “wood magic”; and his Cello Concerto (probably one of his best-known works) is sometimes viewed as a memorial, perhaps, to a lost England – although many fathomless, complicated feelings are at work in this and other pieces. The 1920s and ‘30s were said to mark the end of Elgar’s inspiration, but he did produce dark and lyrical music for a production of King Arthur at The Old Vic, and large-scale sketches were made for a BBC-commissioned Third Symphony – which he wrote on his deathbed. Astonishingly, the symphony received its premiere in the age of Tony Blair, 1998 – a message in music from 1934, and probably the only BBC commission to have filled a major London concert hall.

The landscape of a pastoral England and the drum-taps of marches echo in many of the works of this remarkable romantic composer. Yet we would do well to remember how international Elgar was in his day: the great European, Russian and American conductors lined up to perform his music, and Lady Elgar recalled how they were feted at their appearance at the prestigious Lower Rhine Festival. But on England’s national festival day, let us remember Edward Elgar for raising aloft the flag of our musical tradition: the very banner of St. George.

Stuart Millson is a freelance writer, and the Classical Music Critic of The Quarterly Review.