Devolution, however, though well-meaning ... has, in general, created an unstable country.

Scottish Tories and the SNP alike have condemned Boris Johnson’s comments regarding devolution. But has devolution really been the success its proponents claim, asks Stuart Millson.

The breath of relief from ordinary voters following our departure from the EU, has been shortlived; the euphoria of the Leave vote now replaced by anxiety over the future of the Union of Britain.

A sequence of events, which whilst not derailing the Brexit process, have made our progress towards national independence more difficult than we might have supposed – the difficulty arising from the Brexit result in Scotland, in which the Remain side emerged as the majority. During the time of their legal actions to obstruct Brexit, Britain’s Remainers had hoped that devolved assemblies of the United Kingdom, particularly the SNP-dominated Scottish Parliament, might be given some form of appeal against – or say in – the leave process. The Supreme Court, whilst upholding Remain’s case – that Parliament and not the Government could only begin the withdrawal process – nevertheless ruled that the devolved administrations of the United Kingdom were not able to exercise any role in, what is legally, a foreign-policy matter.

And therein lies the next constitutional and emotional obstacle in the Brexit saga: the barely-suppressed anger and refusal by the SNP Government to accept the democratically-settled outcome of Brexit; with Edinburgh’s First Minister even demanding another Scottish “independence” referendum – in truth, secession from the UK, with Westminster replaced, not by (pre-1707 Act of Union) Scottish sovereignty, but by the corporate bureaucracy of the EU, permanently enthroned as it is in the capital of Belgium. 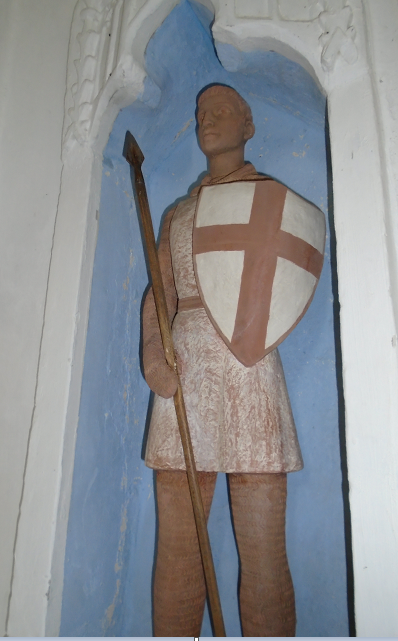 Although the Scottish Government was correct in observing that voters wanted their country to remain in the European Union, the First Minister seems to believe that Scottish Remainers – by rejecting Brexit – automatically constitute an anti-British, anti-Westminster popular movement. The 2014 referendum on Scottish separation seemed to suggest that the SNP might have overplayed its confidence in such a notion – as even Gaelic-speaking islands (with SNP Members of Parliament) returned a vote for Scotland to stay within the United Kingdom. And yet the clamour for separation continues, partly due to the fuel poured onto the fire by Boris Johnson’s recent comments to his backbenchers, that devolution in Scotland had been a “disaster”. Without wishing to be too generous to the UK Prime Minister, the likelihood is that he probably meant –  “disaster” (from his point of view) – as the dominance of the Scottish First Minister and her party over political life, North of the Border.

Devolution, however, though well-meaning – and generally successful as a concept in Wales and Northern Ireland, where the First Ministers accept the principle of the Union of the Kingdom – has, in general, created an unstable country. During the Covid crisis, for example, the population of our borderless island has come to live with several systems of lockdown; different health policies for the regions and nations; and a sense that the Government of the United Kingdom is now, in reality, the Government of England. Yet England has no assembly or Parliament of its own, a clear example of how devolution has been unfair to the largest nation of the UK – especially when one considers the strong SNP Parliamentary party at Westminster which continues to vote on matters affecting many policies and lives beyond their own native Scotland.

The devolution conundrum does not end, though, with the story of Holyrood v. Westminster. Quiet Cornwall has also recently flexed its muscles. Like a storyline from the comically fantastical 1960s’ film, The Mouse that Roared, the ancient Cornish nation has demonstrated, through its flag (the Cross of St. Piran); and through a revival of its indigenous language and proud County Council administration, an almost national status. Meanwhile, Northern Ireland maintains its Unionism, despite signs that a new, gentler, more political form of Irish nationalism, through Sinn Fein and the descendants of the old SDLP, could – over the generations – form a majority in the Province.

Although a true Unionist, I would (in this short article) like to think that an imaginative way out of our present constitutional mire can still be found – and that is why we should be prepared to ask bold questions: is the Republic of Ireland, for example, really a “foreign” nation? Or is Eire, like Ulster, or England – or Scotland – a British nation, simply with a different temperament and ideals – and national experience? Could Eire ever become part of a new Union of the British Isles, which is what the United Kingdom in a century from now could become?

The Brexit vote enabled us to find our strength and will to self-government, once again. We voted in the June 2016 EU referendum as one Kingdom, and we must also remember how, in 2014, Scotland expressed its desire to remain in that 300-year-old arrangement. But it must be recognised that Britain, although wrapped in red, white and blue, is also the home of regional, localised identities – and the time may have come to create a federal (but still united) country: with English and Scots meeting at Westminster for foreign policy and defence, but governing themselves – taxation, transport, environment – within their own nations.

The challenge for Unionists – for all of us who believe in the maintenance of our collective country on these islands – is to bring our influence to bear in the Welsh, Scottish and Northern Ireland assemblies. To be a Welsh patriot, or a Scottish nationalist, need not mean rejecting the flag for which millions of Britons died in two world wars. Yet if the nation known and celebrated around the world – the United Kingdom – is to thrive, perhaps a way must be found to overcome devolution’s current anomalies. We need to decide: either return to a single, Britain-wide Parliament and Government, or re-adjust devolution, to ensure balance and “Home Rule” across the individual nations – yet within a reborn United Kingdom.