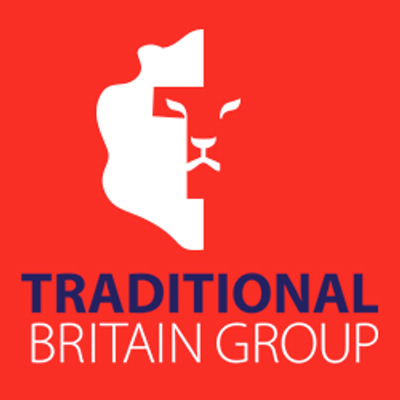 The Traditional Britain Group believes that the strongest and most immediate issue in December's General Election is the reality of Alien Immigration.

We at the Traditional Britain Group are concerned with a very wide range of issues including the take-over by the Marxists and general Liberal-Left rabble of the media, the educational institutions, the Church, the nation’s morality, the advertising industry, and countless other things. But the most important issue of all which trumps all others and will settle the future of our children and our country is:

The dictionaries tell us an alien is someone who does not belong here. This is not a new word. It is standard in the USA State Dept., as it should be in our government offices. Enoch Powell always used it.

Margaret Thatcher said in a speech that “The British People feel that they are being swamped by immigration.” No-one listened.

Over fifteen percent of the UK population are now aliens. They are often having children at rates way ahead of the indigenous population, out-breeding us. By 2040 as the older generations die the principle replacements will be from an alien-origin background. We will have passed saturation point.

In addition to this, new alien immigration continues at record levels and it is evident that governments are deliberately complicit with this process, to globalise our nation state. In fact Labour wants an open-door policy.

Aliens can wander into our country and then assert their “rights”. The British are now a minority within the nation's capital city. Would you accept strangers asserting their right to just walk into your house/home? If not, why permit it into the UK? What is the difference?

Our welfare systems, the NHS, the water and sewage, the garbage and refuse, the schools, all of these were built and provided for OUR people and not for the rest of the world. No-one should be benefiting from any of these things except the indigenous or settled population.

Britain should have a declining population. Gone are our great heavy industries which required armies of manpower.

Every day our media carries reports of terrorist and other atrocities committed against OUR people in OUR country. The government appears oblivious to this or just impotent, and instead attempts to sidestep the issue by talking about the benefits of diversity and tolerance. No-one is aware of the benefits of either. Moreover the government has a new sideshow: “Far-Right” threats. It is quite pathetic.

In the Conservative Party 1970 General Election Manifesto they promised to HALT immigration and encourage voluntary repatriation of aliens’ to natural homelands. This needs to be resurrected urgently as more relevant than ever today than in 1970.

Radical action is needed which includes a retrospective overhaul of the Nationality Acts, and full deportation immediately of ALL illegal aliens.