The Spirit of Cambria 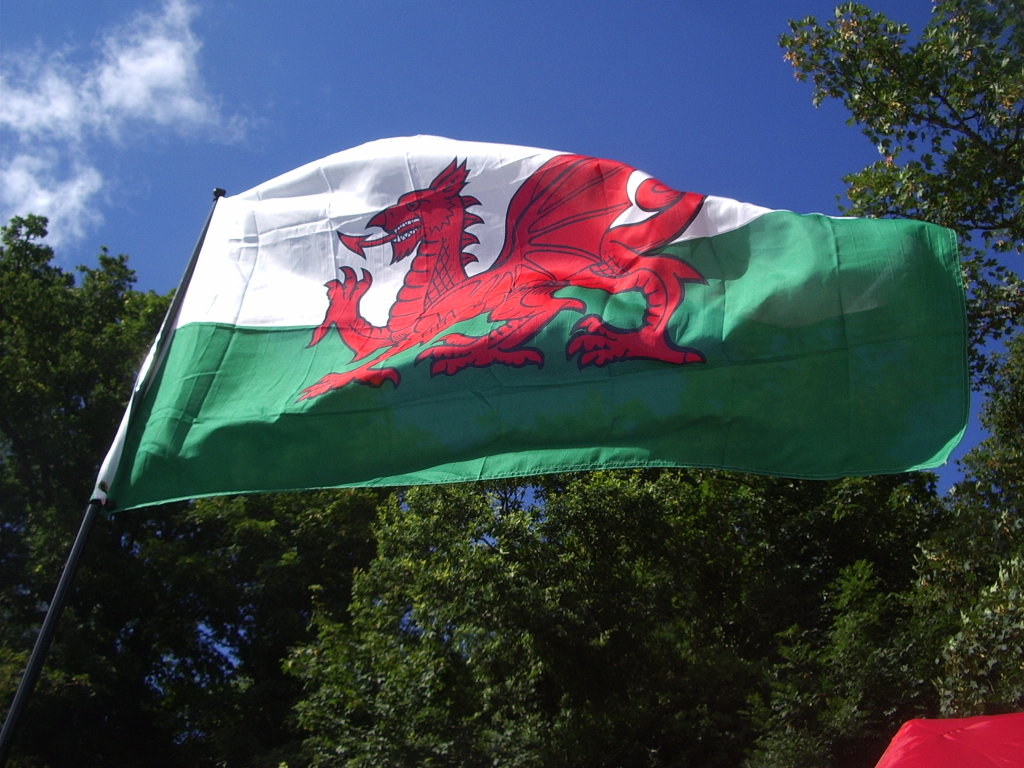 In an age of globalisation, the local identities of the nations and regions of these islands emphasise our common British heritage, says Stuart Millson, who finds much inspiration in the countryside of Wales.

The ideal way in which to approach Wales is through the border country of Gloucestershire, Herefordshire and Monmouthshire, a landscape in which there seems to be no defined border – merely a sense of one country slowly blending into another. Even travelling from one side of the city of Gloucester to the other reveals a difference in feeling and atmosphere: the gentle Cotswolds of Birdlip and Leckhampton Hills to the east disappearing down to the Severn plain – the landscape becoming somewhat less pastoral –as we move into the Forest of Dean, where accents are strong and locals (quite rightly!) eye everyone with mild suspicion.

From the Forest to Ross-on-Wye, we move through the last of England, and slowly but surely Welsh names begin to appear – although English voices can still be heard. There is even a village along with the way with a split nationality: English Bicknor, and Welsh Bicknor. And there is something interesting about the appearance of the towns along the route. They seem to be devoid of sprawl, self-contained, suggesting perhaps in this border country, an ancient past of stockades from which to observe the comings and goings along the roads and tracks.

Abergavenny, Brecon, Crickhowell – and the road is now twisting at the edges of great ranges of hills. The gearbox of the car is used heavily as we keep up with the gradients, and sudden turns at the tops of those long stretches. But the eyes of the driver have difficulty concentrating entirely on the road: the Brecon Beacons and their valleys draw everyone’s gaze. It is the A40 which runs through this part of southern mid-Wales, and it is a relief to be rumbling along its course – a more stimulating experience than the monotony of the M4, with its endless trains of lorries and sudden slow-downs, and often (apart from the hills of Wiltshire and the dramatic appearance in the distance of the bridges of the Severn) uninteresting views. The journey continues, and before long, signs for Carmarthen appear – the town which marks the final few furlongs of this journey to West Wales. And beyond Carmarthen, a noble ruin in the green valley…

The great castle at Dryslwyn is a fortress in the sky – a stone monument to the power of almost-forgotten Welsh warlords and noblemen, such as Rhys ap Gruffydd and his feuding sons. Dryslwyn stands on the banks of the River Towey, some ten miles from Carmarthen. The river, rich in salmon and sea-trout, meanders in great bends and loops through a green valley and flood-plain where dairy herds and patient anglers may be found. All is peaceful today, in a land that was once known as the Kingdom of Deheubarth. However, in 1287, Earl Edmund of Cornwall laid siege to the castle in the name of King Edward l.

Rhys ap Maredudd, the lord of Dryslwyn, was in revolt against the King, and in the August of that year paid the price for his rebellion as 11,000 men besieged his fortress. Today, only the fragments of the once-noble fortifications survive, although archaeological excavation has yielded a wealth of artefacts, including two large 16-inch stone balls, the missiles of their time, which would have been hurled at the structure by a trebuchet, the deadly mediaeval siege engine. Other smaller projectiles were discovered by the archaeologists, alongside dozens of arrowheads, spears and even fragments of chain mail, penetrated no doubt by the impact of well-aimed heavy swords. The battlefields of those centuries were bloody, terrifying places.

Just over a century later – the summer of 1403 to be precise – and Dryslwyn was again at the eye of the storm of Welsh history, having been seized by the legendary Owain Glyndŵr, a warrior-leader of his country – a Hereward the Wake, or the equivalent of St. George or Robin Hood for a patriotic Welshman. How remote all these events seem to the modern mind – ancient bones and the hardly-recognisable decaying relics buried in the soil – so far away from our plasma, electronic, and comfortable, instantaneous world.

But there is another point to make here. Despite the ancient feuds between the Welsh and the English (and Scotland and England, too) the battles and sieges of antiquity speak of an ancestral, tribal sense of Britain; cultures which were, perhaps, different in nuance, but the same in essence. From this mixture grew the British nation – the Welsh archers fighting for an English King at Agincourt, the Welsh riflemen at Rorke’s Drift, the Highlanders advancing alongside English country regiments across the battlefields of 20th-century Europe. The culture to be found at places such as Dryslwyn castle is as much a part of the British identity as it is of the Welsh; and it must stand as a repudiation of those political parties, such as Plaid Cymru (and the SNP in Scotland), which seem to reject links with their natural kinsfolk in England – preferring instead the lure of the EU and the “diversity” of large-scale immigration into Cardiff and Glasgow.

In the ruins of Dryslwyn on a summer’s day, looking out across Carmarthenshire, is as near as you can get to the experience of stepping out of a time machine. Red kites, buzzards, kestrels and ravens soar above the landscape of Deheubarth… and in the distance, the standards and glinting shields of Edmund’s army are just coming into view…

Stuart Millson is a freelance writer based in Kent.