The Subconscious Price of Modernism 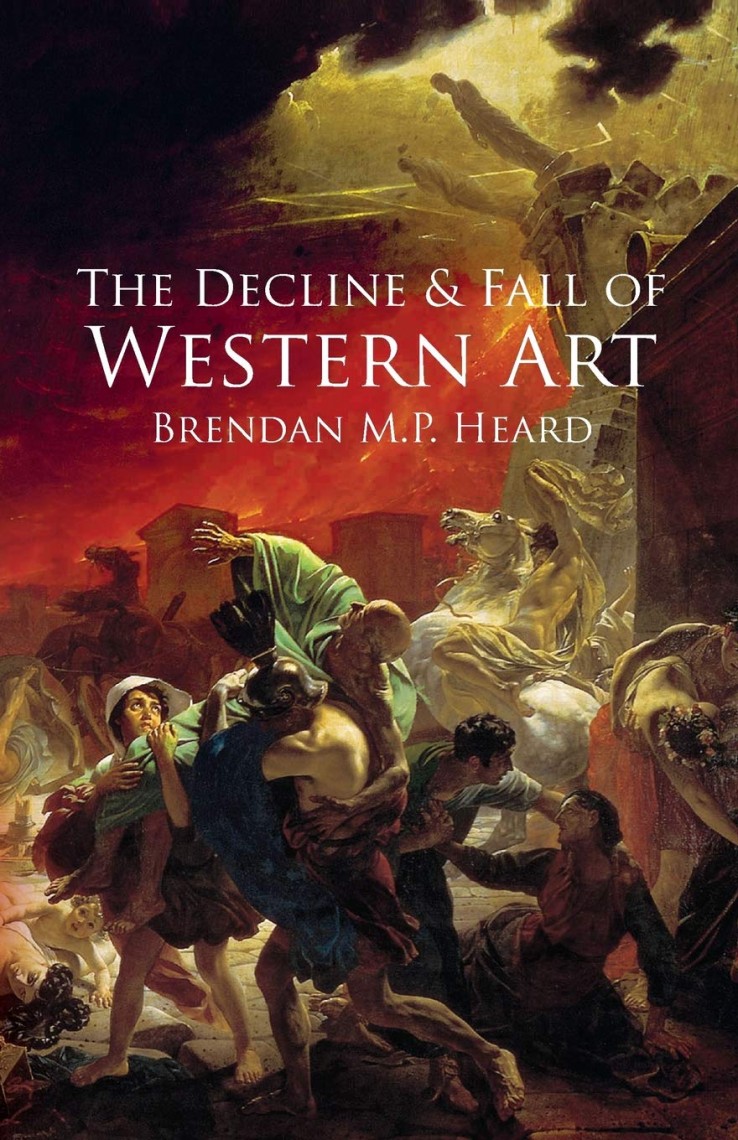 Guest Contributor Mr. Brendan Heard is an artist, blogger, and author. The above is an excerpt from his new book: The Decline and Fall of Western Art. In which he severely critiques Modernist art as not just worthless, but a great evil - based on the redefinition of art itself by art criticism in the early 20th century. Making the modern world inexplicably uglier than the former, with no one sure how or why. Further paving the way for other egalitarian and relativist falsehoods that are consuming us. Print and kindle version available on Amazon:

People are suffering a subconscious price for the suffocation of discordant public spaces and the crass environment of endless advertising. Nobody feels a true sense of wellbeing about their society when standing in the shadow of an obtuse corporate sculpture. Occasionally, unimaginative council officials seek to make their liberal mark by destroying the historic buildings with Modernist tourism centre growths, literally grafting a plate glass box on to the sixteenth century castle with insane hubris. Somehow, the horror of this is completely lost on such people and that can only be down to them having no understanding of what history or art actually mean. They think art is just doing whatever. That our civic deciders are so often of this mindset speaks to the triumph of our new materialist managerial class, which knows nothing whatsoever of aesthetics or true moral good, that a sort of trained ape of mediocre clerical skills could be handed the safeguarding of history and effectively ruin it.

The feeling of wrongness that this Modernism engenders feed into the other leftist lies pushing to label Western civilization as being something of no value. Society becomes a macrocosm of the guilt we self-inflict, because of lies told to us about our past and the forced disconnection from our tribal creativity. It is hard to look outside now and see anything but meaningless money-power. History is being revised to make it look multicultural all the way through. These are lies.

There is often little solace from the demented public spaces within our private homes. Our household furniture and accoutrements are no longer parochially crafted with pride but mass-produced junk items we excitedly purchase because they break through another bottom tier of bargain pricing. This sad cycle aids internationalism and free trade against the local and the homegrown. It is the dream come true for the same business class who destroyed the guilds: controlled, unrestricted profit from the free trade of junk goods. Adornments of cheap plastic manufacture, nothing historically relevant to us, litter streets, homes, and eventually landfills. Everything is increasingly toxic, poorly executed, and spiritually fallacious. Our ancestors held artful objects that emulated nature through tribal style interpretations as being a crucial component to life. We traded history’s accomplishments for a low price tag.

And where modern living space fails to dissuade, we have modern fashion. Just to be sure every last element of daily life is dishearteningly anti-æsthetic. This incredible bulwark of stupidity and laziness seems to endlessly combine themes of leisurewear and graphic-designed sweatshop fabrics. Gone for the most part are men’s suits, dresses for women, or sartorial standards of any kind. The youth are half-naked and in a perpetual cycle of hippy revolution against an unseen sexually conservative oppressor that does not exist. Prevailing cyclical modern themes are garish colours, sweatpants and T-shirts, inspired by an endlessly repeating phenomenon of slutty pop stars based on the model of the careless, free-wheeling whore perpetually giving the finger to a patriarchal history. Again, too, foreign urban culture is worshipped by a brainwashed youth, whose attachment to their own history is blocked and derided as racist and sexist.

There are voluminous tomes of pompous art magazines printed every month so that people can signal intellectual pretence and express opinion on meaningless scribbles and abstract blob-shapes.

How do we raise our heads from this quagmire, while we work pointless jobs and carry out unnatural, unfulfilling routines? Who among us can say they are truly against beauty? What person would say they despise nature? We require inspiration and exultation, we do not require superficial safety, faux individualism or the soul-death of corporate conformism. Western man must awaken the fire inside that survived ice ages, wars, famine and plague, to not be destroyed by this foolishness.

We created this technology and now we are being repressed by the very tools we shared with the world.

All culture is currently steered towards materialist goals — artists are now creative advertisers. Cultural decisions are decided in boardrooms by marketing executives, flattened and homogenized by committee decision-making, then washed and rinsed in a kind of gynocentric politburo of pointless Skype conference calls which serve no purpose other than delighting Boomer bosses with a bit of bread and circus communication technology. Political correctness ensures anything resembling a good idea is equalized and voted into its blandest possible incarnation — a nothingness. Mind-numbing routine governs all and everything relates back to faux-individualism.

Still, despite all this trashy decadence, through the fog of false progress, the older crafts still resonate and nobody fails to marvel at and be humbled by the sight or sound of traditional Western art. Upon seeing a truly crafted object, all fall silent in reverence and the fog of modern life is momentarily lifted, a light shines through the canopy. But most remain innocent or ignorant of the fact that the means of creation of these objects is currently lost to us.

Visit the old gallery, view an older film, read great historical minds. People of the past did not succumb to nihilism in times of great peril. It is only the false propaganda that keeps us in this state and that corrupt consensus-morality is a chain that can be broken.

- Brendan Heard is an artist, blogger, and author. The above is an excerpt from his new book: The Decline and Fall of Western Art. In which he severely critiques Modernist art as not just worthless, but a great evil - based on the redefinition of art itself by art criticism in the early 20th century. Making the modern world inexplicably uglier than the former, with no one sure how or why. Further paving the way for other egalitarian and relativist falsehoods that are consuming us. 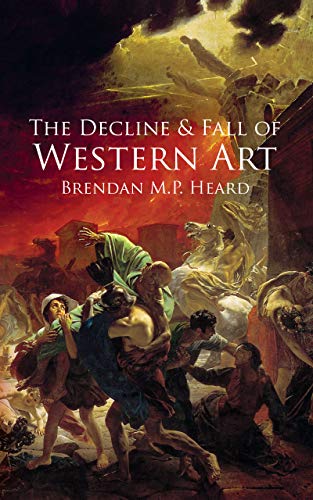