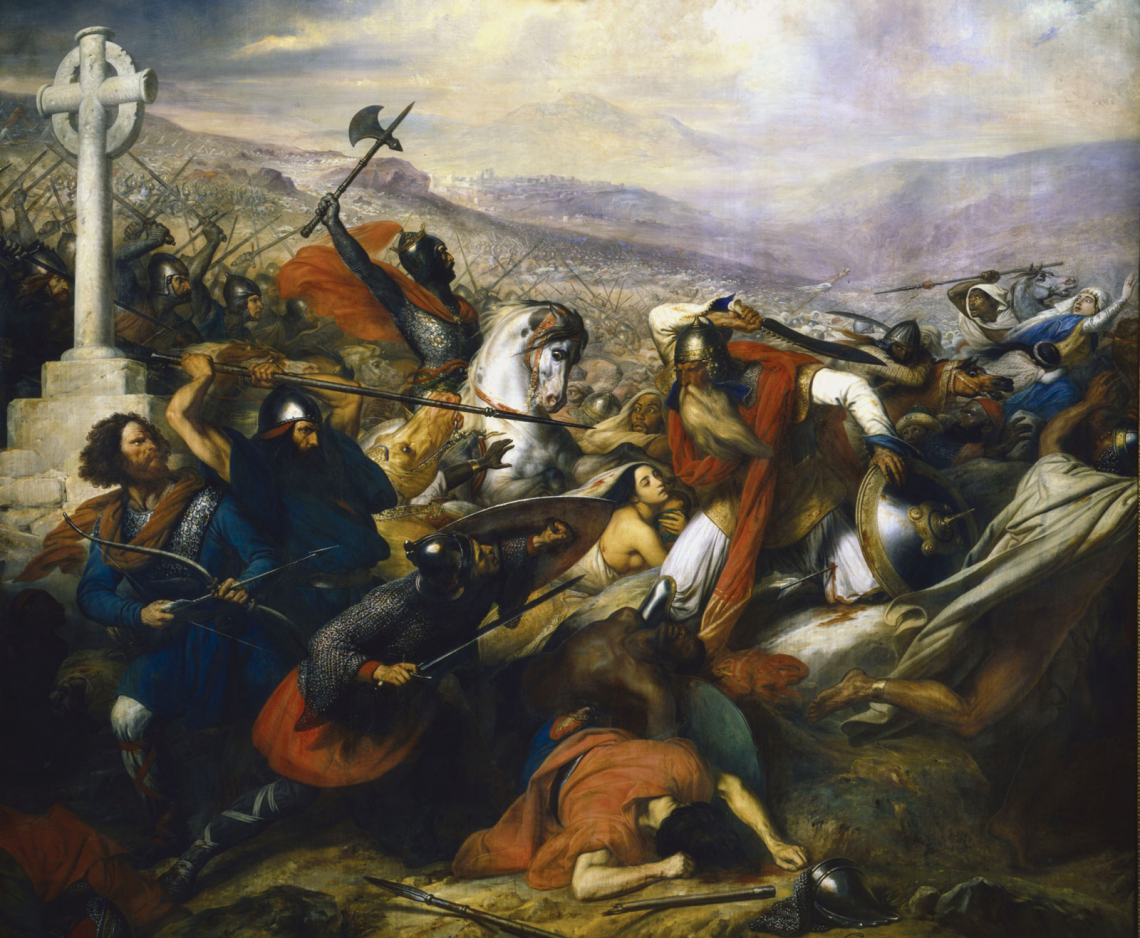 Mr. Robert Soulie in his TBG guest column argues for an alliance of European Christians and pagans against current threats to our civilisation. He discusses the Battle of Tours and the example of Charles Martel against the invading Umayyad caliphate in 732 A.D.

Choice of religion has been and remains a major schism in the communities such as the Alt-Right and Traditionalists, the primary divide being between the Neo-Pagans and Christians. Too many on both sides have flatly refused cooperation and allowed such stubbornness to become the cornerstone of their worldviews, often resulting in divisive consequences.

Edwin Harwood’s “Yuletide for European Unity” contains a valuable message, presenting religion as a matter of important personal choice rather than an ideological imperative. This is long overdue. It is established historical fact that the relationship between Christian and Pagan Europe has been anything if not strained. For centuries, Christians and Pagans have been cruel to one another, sometimes employing sadistic means of terrorism that make ISIS executions look tame in comparison. But one often forgotten instance of cooperation between Christians and Pagans may have helped to make Europe what it is today.

By 732 A.D., before the first Crusades, most of what is modern day Spain and France had been conquered by the aggressive and technologically advanced Muslim invaders of the Umayyad Caliphate. The Caliphate was the superpower of the world with territory stretched from Persia to North Africa to Southern Europe. The bloody expansion of Umayyad territory seemed unstoppable and conquered European peoples resigned themselves to a life of second class citizenship under Islamic Law.

The bloody expansion of the Caliphate was finally halted and reversed Tours, France by a Germanic Prince, Charles Martel. The Christian prince Martel had planned the battle for years, consolidating resources to put his men through an intense training regime, creating an army of tough, professional infantrymen. Martel’s alliance-making was motivated by practicality and rather than purism, with Martel employing the services of Pagan mercenaries from the around the Rhineland.

Martel’s combined force surprised Al-Ghafiqi between the French cities of Tours and Poitiers and using the local terrain and sheer determination inflicted massive casualties on the Umayyad invaders. The Mozarabic Chronicle of 754 writes:

“-..the men of the North seemed like a sea that cannot be moved. Firmly they stood close to another, forming as it were a bulwark of ice; and with great blows of their swords they hewed down the Arabs. Drawn up in a band around their chief, the people of the Austrasians carried all before them. Their tireless hands drove their swords into the breasts of the foe.” The Battle of Tours was one of the first instances where infantry had defeated Heavy Cavalry, the Umayyad Caliphate’s doom weapon. While the battle raged, Martel sent a detachment of his men to attack the Umayyad camp at Al-Ghafiqi’s rear, freeing hundreds of European slaves taken by the Umayyad army in the process. Word spread to the Umayyad frontline that their war booty was escaping and the Muslim army began to fall back. When Al-Ghafiqi tried to prevent the retreat, he found himself surrounded by Martel’s men and was killed. With Al-Ghafiqi dead, the Umayyads broke and fled. No Islamic military force ever reached as far North as Tours again. Now both Christian and Pagan Europe had a chance at a future beyond Islamic domination and sexual slavery.

It’s difficult to ascertain precisely the nature behind the agreement between Martel and his Pagan allies. It may have been, if the reader will pardon the pun, completely mercenary. What is for certain is that it was the right choice on behalf of the Rhineland Pagans to fight on Martel’s side rather than staying neutral or aiding the Umayyad Caliphate. There are numerous instances of Christians behaving incredibly poorly to the European Pagans, but Pagans could anticipate far worse treatment under the Muslim Caliphate, with Qur’anic Law placing Pagans below second-class citizen status afforded to the “People of the Book” (Bible): vermin to be exterminated in ritual holy war.

Like all good alliances, the bond between Christian and Pagan at Tours was conceived from necessity, but forged in shared struggle. It is my recommendation that Christians and Pagans cooperate for mutual benefit and keep any rivalry sporting not only for necessity, but in memory of the shared struggle of our European ancestors.