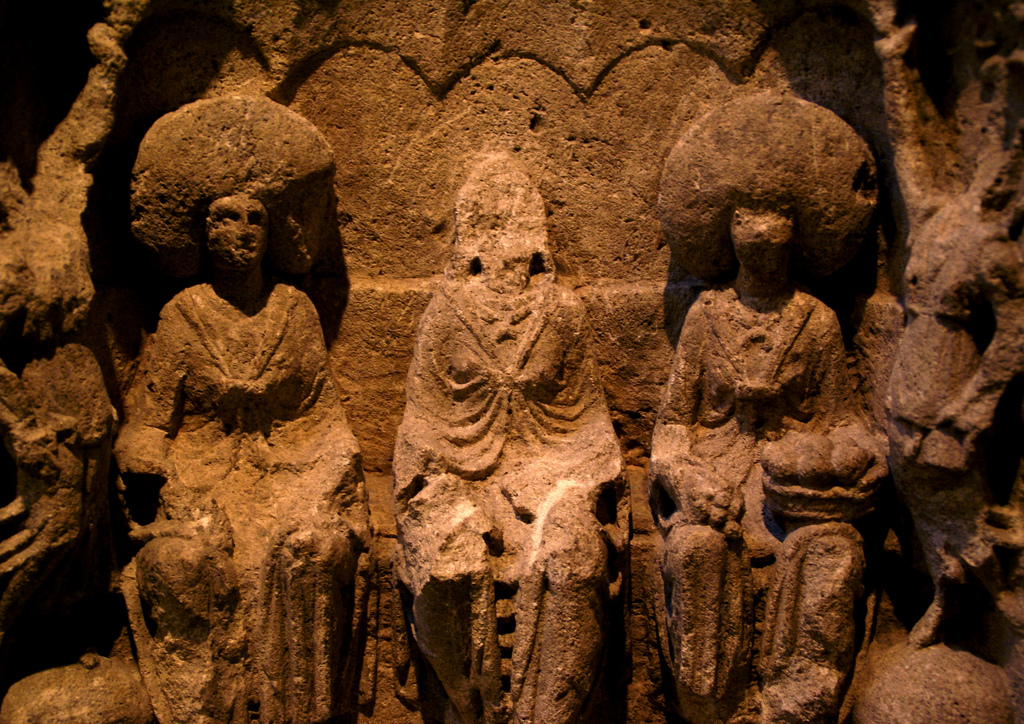 Darwin explained how evolution worked for animals through the process of small changes, which enabled animals to respond better to their environment whether through avoiding predators, attracting mates or finding a better supply of food. The more successful animals had offspring who possessed the characteristics of their parents. This is the process of continual improvement sometimes described as “survival of the fittest”, the evolutionary process which is essentially pragmatic, irresistible and implacable. It is a process of trial and error in which success means survival and failure means extinction. It is such a process which has led to homo sapiens, and civilisation as we know it.

A current example is the effect of the benefit system, which has been implemented with the wholly good intention to help those in need. Some people may find that the terms of the benefit system make it more attractive to be unemployed than to contribute to society. This is an undesirable evolutionary development. Another example is the behaviour of bank employees who are motivated by the prospect of huge financial gains, and exploit their position to effectively gamble with other peoples’ assets, creating financial mayhem in the process. These are both examples of the corruption of the evolutionary scenario.

However the process of evolution – trial and error - operates constantly so giving an opportunity to reverse changes that are demonstrably retrograde. This explains the continuing development of human society from barbarism to the relatively advanced state of civilisation that operates in much of the world today.

So where does tradition come into the equation? Because humans have the god-like ability to create their own environment (and thus the direction of their evolution), they need some guiding principle to ensure that they do not allow their environment to disintegrate into anarchy. This guiding principle is tradition, which appears in different guises, one being religion. Tradition is not the enemy of evolution, but tries to ensure that humanity is not drawn into false promises of ‘progress’. Tradition distinguishes between ‘right’ and ‘wrong’ and complements evolution.

Religion provides a rule book that enables us to navigate our way through life. Of course religion is also subject to evolutionary forces as demonstrated in the Reformation, but there are some aspects of life on which tradition, religion and evolution agree, and powerfully object to those decisions made by our leaders which are likely to have a negative effect on the way society develops.

The turbulent history of Britain demonstrates the interplay of tradition and evolution in the progress from a feudal agricultural economy to the sophisticated society we know now, through milestones such as the signing of Magna Carta, the execution of King Charles I, and the abolition of the slave trade along the way. Our society develops, rather clumsily, through a process of trial and error: some things work, some things don’t, and the things that don’t work are, in the due course of time, changed. Change of the things that don’t work is dependant on a recognition that something is wrong. At the present time there are two major areas where our leaders have taken decisions which, I believe, are leading Britain in the wrong direction: membership of the European Union, and same-sex marriage.

Before Britain joined the EU it was a sovereign nation, whose democratically-elected Government ran the country. Britain had achieved this condition through many centuries of evolution, involving external warfare, internal rebellion and social upheaval, to realise a stable society which was envied by many throughout the world. A world-wide empire had evolved into the Commonwealth. The British example was followed by all those emerging nations who sought freedom, “self-determination” and democracy.

When Britain first joined what was then called the European Economic Community in 1972 it seemed to represent a natural collaboration on economic matters between a small number of independent nations. It soon became apparent that the instigators of the EEC had other ideas. The EEC has been transmuted into the European Union, an ‘empire’ of 28 nations, governed by the ‘acquis communautaire’ which is a cumulative body of law of over 80,000 pages which cannot be changed. It has been estimated that some 80% of UK laws now originate in Brussels. The stranglehold which the EU has on British political life is intensified by the rulings of associated European Courts on such matters as equality and human rights. The British Government no longer governs Britain; it merely operates within the rules provided by the European Conglomerate. Is it any wonder that Britain has major problems, developed over decades, such as:

Unbalanced development across Britain of employment, housing, transport and much else.

Legal confusion such as the inability to deport criminal immigrants.

Failure of the education system to produce the workforce the country needs.

These problems are no surprise when the British Government no longer has the power or the incentive to deal with them. British membership of the EU has long been a contentious issue; however it is now evident that problems associated with that membership are increasing and will continue to increase. It is apparent that British membership of the EU is opposed to the traditions of Britain and to the evolutionary destiny of Britain; sooner or later Britain will have to exit.

A further example of the way that society - ignoring the teachings of tradition, evolution and religion - can be led down a blind alley, is same-sex marriage. It is curious that the tale of same-sex marriage is linked to the EU. There were no proposals for same-sex marriage in the Conservative election manifesto; it is opposed by much of the public; it was opposed by many Conservative MPs; it was strongly opposed by religious organisations. The legislation was introduced by the Government because gay-rights activists threatened to take the issue to European Courts, and raised the possibility of forcing the Government’s hand using European rulings on equality.

In the eyes of many people, probably the large majority, the concept of marriage between one man and one woman was a rock-like tradition of our society, our civilisation; it provides a framework for raising and educating future citizens; it is the cornerstone of community and of society. The introduction of same-sex marriage destroys this solid foundation, replaces it with a nightmare world of undefined relationships and trivialises the vital function of parenthood. It seems that the people who originated this legislation have never watched the wild life TV programmes of David Attenborough in which the primary driving force (after survival) is the mating of male and female and the procreation of offspring.

It is curious that the apparent driving force for same-sex marriage has been the principle of total equality, whereas evolution is all about inequality! Evolution accepts that a species advances by recognising that some members of the species are better able to contribute to the common good than others. This is profoundly demonstrated in the modern world by the recognition given to football players, which is given not by decision of the powerful, but by the ordinary people who watch football! Thus the idea of total equality is anathema to the principle of evolution. We know quite well that there is an enormous variety in human qualities which is part of the richness of human life and explains the success of the human species. Yet our leaders seem to be unable to distinguish between the absolutely different characteristics of heterosexuals and homosexuals, and the different contributions they are able to make to society.

Another significant aspect of the drive for same-sex marriage has been the delight that some people find in trampling on tradition, which emphasises the need for the fordces of tradition and evolution to work together to challenge those who, knowingly or not, are leading society to nihilism. The issues of same-sex marriage and British membership of the EU are not simply topics for the debating chamber; they are matters which profoundly affect the evolutionary direction of the British nation. Sooner or later we must either choose, or be forced by circumstances, to abandon these current policies.