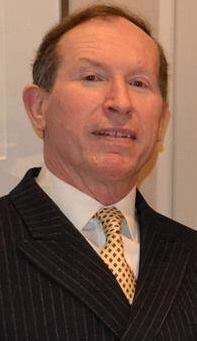 Mrs May epitomises everything that is wrong with the fake Conservative Party today. She is, of course, a liberal, not a conservative. In that she mirrors her parliamentary party of liberal careerists. In 2010 she was appointed Minister for Women and Equalities, a post which any real conservative administration would have abolished. (Indeed, no real Tory would encourage females to enter the House of Commons anyway). At the same time she was appointed Home Secretary, in which she has proved spectacularly useless in permitting the net entry into the United Kingdom of over well one million alien immigrants causing untold stress and strain on just about every government service, not to mention housing. For instance two thirds of overseas "students" vanish and never leave the UK. This, when the Conservative Party Manifesto in 2010 promised they would reduce immigration to tens of thousands - a promise they failed to keep.

Mrs May abolished the UK Border Agency and has been unable in her time at the Home Office to deport more than 4000 unwanted aliens, a meaningless figure, with many more being allowed to remain in the UK under the ridiculous "Human Rights" legislation imposed on the UK by the EU, which Mrs May has declared she wishes to retain once the UK leaves the EU. Mrs May campaigned for the UK to remain in the European Union, against the wishes of the majority of our population, whom she now proposes she is fit to lead.

Mrs May's credentials as a liberal are excellent. She voted in favour of same-sex marriage, something no real Tory would do in a thousand years. As Home Secretary she has issued banning orders on people of British descent from entering the UK because she does not like their conservative opinions. From viewing the letter she sent to one of these, an American, the 'dossier' on him which she relied upon to ban him had clearly been put together by communists such as the anti-fascists at "Hope-not-Hate" or "Searchlight". No previous Home Secretary in British history would have done this.

Mrs May thinks Islamic Sharia Law has great benefits for the British people and she has recently passed through parliamentary legislation on hate speech as a criminal offence.

Theresa May, a careerist politican, is a disaster for the fake Conservative Party but especially for Great Britain. We today have at Westminster a broad Left parliament reinforced by people like Mrs May.

There is no conservative opposition to this Leftist mafia. Our country continues on its downward spiral.