UK and Canada: towards a much stronger commonwealth 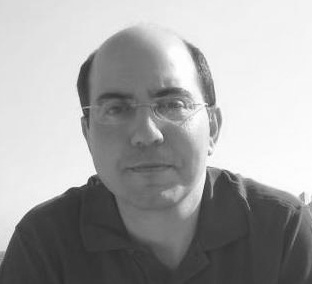 By Alex Calvo - 'British Foreign Secretary William Hague and Canadian Foreign Affairs Minister John Baird recently announced that the two countries would "colocate" a number of embassies and share consular services, in states where only one is currently present. The move could lead to considerable savings and has been hailed as a way to ensure a wider presence in some areas of the world sometimes considered secondary but which may be important both from a political and an economic perspective.'

The question which is in the minds of many is: are we talking about a mere asset sharing deal, simply designed to save money while guaranteeing a global presence, or could this be the beginning of a much deeper political and defence cooperation not only between Canada and the UK but among a wider group of Commonwealth realms? Although both ministers have been prudent in their public statements and avoided any grand plans, at the same time they have made it clear that there are powerful reasons to see tighter relations between London and Ottawa. Mr Hague, for example, quoted from British Prime Minister Cameron's speech to the Canadian Parliament last year, where he said "We are two nations, but under one Queen and united by one set of values".

This may seem as a statement of the obvious, but unfortunately it is something that many opinion makers have tended to forget over the previous decades, which have seen the European Union take center stage in British foreign policy, going as far as presenting it as the only way forward. These days, with the euro in tatters, and Great Britain’s relationwhip with the EU, and even its actual membership, no longer a taboo, the time is ripe to ask ourselves a very simple but at the very same time a most deep question: do we have more in common with Continental Europe, or with the Commonwealth.

Of course, foreign policy cannot be based on values only, interests being at least equally important. Therefore, another question we can ask ourselves is: are fellow EU member states, or Commonwealth realms like Canada, more likely to effectively support British interests?

Since trade, investment, and the economy, also play a pivotal role in a nation’s foreign policy, a third question we may ask ourselves is: which is economically more dynamic and likely to offer trade and investment opportunities to British companies, the Commonwealth or the EU?

Beyond sharing embassies, what other areas could benefit from increased cooperation between London and Ottawa and ideally other Commonwealth capitals? We have already noted how strong and extensive the links and shared values among Commonwealth members are, but a solid coordination must be based, on the one hand, in the organization's traditional flexibility, and on the other on the additional existence of joint needs and interests. The flexibility should allow different realms to engage at different levels, with a hopefully gradually deeper degree of cooperation. The marriage of values and interests is traditionally the best foundation for a lasting alliance.

The following are just two areas in which Canada and Great Britain could well benefit from stronger cooperation: the Arctic Ocean, and the Falkland Islands and Antarctica.

In the Arctic Ocean, climate trends and fast advancing technology are laying open to exploration and extraction huge amounts of oil and other natural resources, as well as long-dreamed navigation routes. This summer for example more than 1 million tones have already travelled along the Northern Route and this has included fuel shipments from south Korea to Finland. The resulting "Race for the Arctic" has Canada as one of the main participants, and Ottawa has been busy reinforcing her presence and military capabilities in the Far North. So has Russia, however, and we cannot forget China's increasingly aggressive presence in areas like Greenland and Iceland, essential to British and US national security in 1940, now, and in the future. It is thus clear that Canada, home also to the essential Alberta oil sands (together with the Arctic a mortal threat to energy dependency on the Middle East), has become a key country for the Commonwealth and the wider Free World, and that she would benefit from strong diplomatic support and technical and military cooperation with Great Britain.

At the other end of the World, in the South Atlantic, Great Britain remains mired in an undeclared and unfinished war with Argentina. Let us not fool ourselves, 1982 was a great victory for British arms and a message to the world that aggression would not be tolerated, but no peace treaty was ever signed, and Buenos Aires was left free to keep pressing her unsubstantiated territorial claims with constant threats of violence. The discovery of offshore oil has only whetted the appetite of an economically-bankrupt regime and the temptation by China, which already supports Argentine diplomatically, to take this a step further in exchange for natural resources. Canada can play an essential role in helping to stop dead in its tracks attempts by Buenos Aires to portray an Americas-wide opposition to self-determination in the Islands. Ottawa has already sided publicly in favour of self-determination on a number of occasions, including the latest OAS (Organisation of American States) summit. Furthermore, in an event of a crisis, the Royal Canadian Navy could assume some of the Royal Navy's responsibilities (such as the defence of Gibraltar) allowing it to concentrate in force in the South Atlantic.

To conclude, we may say that the European Union’s economic and moral bankruptcy, which stand in stark and clear contrast with the Commonwealth’s vitality, have opened a window of opportunity to reconsider British foreign policy and her place in the world. Gone are dogmas inexorably linking our future to the EU and seeing the Commonwealth as a remnant of the past, of interest only to historians. The Commonwealth is not the past, the Commonwealth is the future, and in the path towards that future the UK-Canada embassy deal may look like a small step, but it is a firm one in the right direction. Now our job is to see it implemented, and followed up by other initiatives.