We warmly invite all members, followers and supporters to attend our annual black tie dinner in London on Saturday, 21st May at a traditional landmark venue.

Join us at our most prestigious annual event and meet fellow upstanding men and women in the most congenial surroundings.

For our honoured guest speaker this year we are most happy to bring you Jaak Madison, who is the Deputy Chairman of the Estonian Conservative People's Party and a member of the EU Parliament. As a member of the Foreign Affairs Committee and a country bordering Russia, we are sure he will bring some interesting insights into the current geopolitical issues. 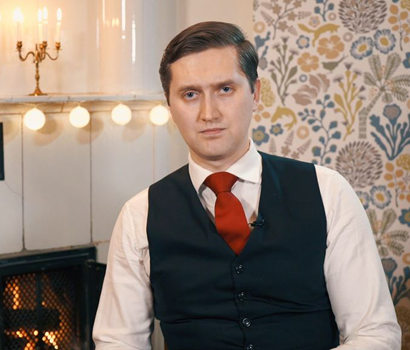 Mr Madison has previously said of Brexit "I congratulate the British guys. I really wish great parties and celebrations. We celebrate with you." On refugees, he demanded "a legal obligation to grant refugee status only to people from the European region and that, should a humanitarian crisis erupt in another part of the world, the most practical course of action would be to provide assistance within the region itself" and has called out left-liberal disinformation against the right opposing "the deliberate dissemination of disinformation on right-wing political parties that has a serious impact on election results and threatens democracy." He also earlier had an article pulled from The Daily Telegraph after comments that were hoist out of context from years past were used to attack him in the now tiresomely familiar tactic of left-wing character assassination.