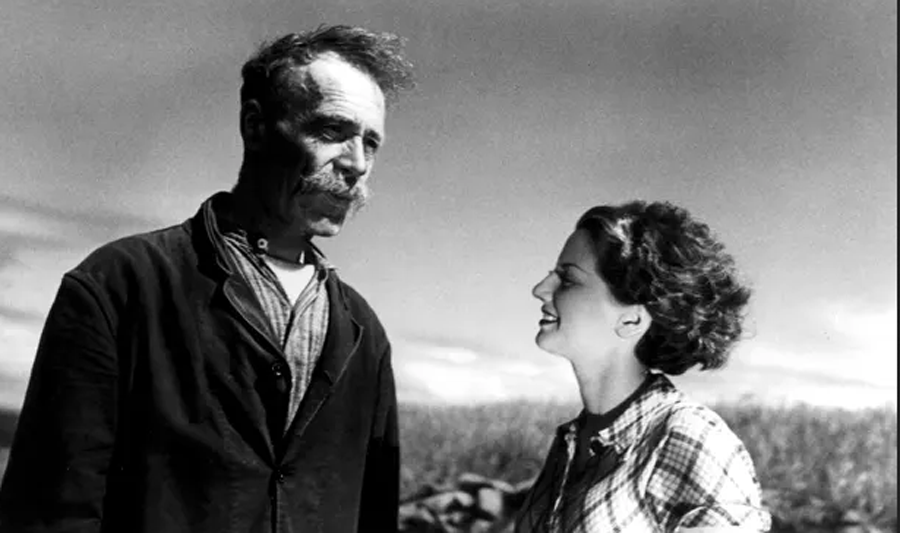 In this faceless, rootless age of European Union, multiculturalism and marijuana, our two cultural heroes stand before us like beacons of light. It is now up to us to carry their light forward and ensure Britain's cultural survival for the centuries to come.

This is part of an archiving project we have undertaken to recall past writing and activities of those on the right of centre. More here.

For conservatives and democratic nationalists, the creation of a new ethos in British politics and society is the crucial challenge for the Millennium. Liberalism and the post-war consensus; moral and cultural relativism; Conservative Governments interested only in economics and privatisation; an unthinking worship of modernity and modernism — all have combined to "de-nationalise" our country, turning us into an atomised people, separated from our authentic, ancestral cultural identity.

And in place of our national culture, what do we now have? The shallow, synthetic consumerism of urban America; the back-to-front baseball cap; the deterioration of manners and normal, decent behaviour; a brutal yobocracy; suburban raliway stations covered in graffiti; the proletarianisation of language, arts and the media— in short, a debased and moronic non-culture, the apotheosis of which can be found in The Spice Girls, Gladiators and the supporters of Louise Woodward.

The question is: how can we challenge and defeat the sort of culture liberalism has created, and what icons or examples from the past can we resurrect for our crusade? There are, of course, many statesmen, soldiers, poets and writers whose names can be invoked in the anti-liberal struggle. Yet I propose to nominate two figures who are often overlooked by Right-wing commentators — men whose extraordinary work in the worlds of film and-music contributed to a renascence of Englishness and the establishment of a distinctive British national voice in 20th-century arts. My heroes are the film-maker, Michael Powell (1905-1990), and the eminent composer of nine towering symphonies, Ralph Vaughan Williams (1872-1958).

Both men shared similar traits. They thought strongly in national terms, made use of pastoral images, expressed a feeling of romanticism, mysticism and the supernatural, and saw their art as an antidote to the sterilising influences of internationalism. Let us first consider Michael Powell. In his productions, The Edge of the World (1937), the richly-nostalgic Life and Death of Colonel Blimp (1943), A Canterbury Tale (1944), I Know Where I'm Going (1945) and Gone to Earth (1950), Powell celebrated a profoundly British sense of mood, place and character. He sought out the landscapes and traditions of our country, often using images of rural crafts, or the scene of a Kent, Shropshire, or Scottish village caught in a timewarp.

He was satirical and caustic about materialism and longed for a world where people were content with the simple life. Sometimes his characters would launch into a tirade against the declining values of the age. In A Canterbury Tale, the magistrate and local historian, Mr. Culpepper (a key character), defies his critics and defends his action of "pouring knowledge into people's heads...knowledge of our country and love of its beauty". Culpepper is the paternalist guardian of the community, a mediaeval elder of the village transplanted to the 20th century. It is no coincidence that this type of figure makes appearances in other Powell films.

For Ralph Vaughan Williams, too, the evocation of landscapes in music was a central theme for the national artist. His Pastoral Symphony of 1922 seems to conjure a sense of lonely ridges, dotted with ancient stone circles and — lurking in the background — cold memories of the First World War and the lost generation of Britain's youth. Vaughan Williams also cherished folk music and saw it as something that came "from our soil". He was determined that these songs and melodies, passed from generation to generation, should not perish, but rather become the basis for a nationalist school of music.

Indeed, in a short information film — the ironically-named Dim Little Island — produced just after the Second World War, the great composer spoke of Britain's folk-music heritage, the individuality of our artistic character, and looked forward to a new flowering of our musical genius. His folk-song settings and arrangements certainly reveal a nationalist outlook which is every bit as relevant as that of continental composers such as Bartok or Kodaly — the heroes of the sort of modernist musicologist one might encounter on BBC Radio 3.

The film music of Ralph Vaughan Williams works a similar magic, especially the score he wrote for a 1948 Ealing production: The Loves of Joanna Godden. Set on Romney Marsh in Kent, the film is a straightforward enough story concerning the fortunes of a lady-farmer at the turn of the century. However, for Vaughan Williams, the bleak beauty of this part of the country provided another opportunity to indulge his passion for musical Nature-worship and the transmission of a sense of Englishness. Few composers today would be motivated by such considerations, or indeed be able to express the mysterious relationship between a people and their physical, natural environment.

The works of Michael Powell and Ralph Vaughan Williams symbolise a wholesome, intimate nationalism and offer us a window to a better world. In an age where our cinema can produce nothing better than the drug-fuelled violence and nihilism of Trainspotting, Powell's films give us a glorious vision of people and nation. And in an age where our Arts Council-subsidised composers churn out nothing but execrable, atonal dross, Vaughan Williams stands as a colossus — an embodiment of our very own national voice in music.

In this faceless, rootless age of European Union, multiculturalism and marijuana, our two cultural heroes stand before us like beacons of light. It is now up to us to carry their light forward and ensure Britain's cultural survival for the centuries to come.