It is with great regret that we have to advise the death of our President, The Lord Sudeley on September 5th.


Merlin Charles Sainthill Hanbury-Tracy, 7th Baron Sudeley was a hereditary peer of England, one of those expelled from the House of Lords by Tony Blair’s socialist government. He succeeded to the peerage at the age of two and took his seat at 21. His father (Scots Guards) died from wounds received at Dunkirk, and his two grandfathers both fell in The Great War. He was educated at Eton, and later graduated in History from Worcester College, Oxford University. Lord Sudeley has also lectured at the University of Bristol. He served his National Service in the ranks of the Scots Guards.

A robust traditionalist he had been a member of the Conservative Party all his adult life. He had been sometime President and Chairman of the old Conservative Monday Club, where he was proposed for membership by Adrian FitzGerald (now Sir Adrian Fitzgerald, 6th Bt.) in October 1970. He became an active writer for the Club and was later a Vice-President, then briefly President (25th Feb 1992 – May 1994), and then Chairman (1994 – 2007). He was elected, in 1985, Vice Chancellor of the International Monarchist League, and was also sometime Chairman of the Constitutional Monarchy Association, (a branch of the International Monarchist League). In these organisations he became a firm friend, from 1976, with fellow traditionalist and monarchist Gregory Lauder-Frost, and stood as Goddaughter to his first daughter. 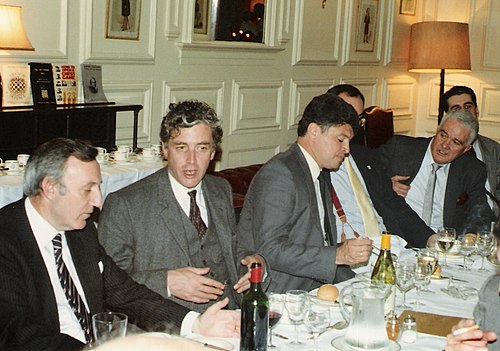 His Lordship was, for the duration of its existence in the 1990s, Patron of the magazine Right Now! In 2001 he became President of the Traditional Britain Group.

He was Patron of the Bankruptcy Association and, being opposed to usury, was Convenor of the Forum for Stable Currencies. He was also Patron of the Prayer Book Society and was due to attend the special service in Westminster Abbey on October 8th to celebrate the Society’s 50th anniversary. Lord Sudeley argued consistently in the House of Lords against leftist Bishops to protect the 1662 Book of Common Prayer. Lord Sudeley introduced several measures in the House of Lords, most notably the debate to prevent the unlicensed export of historical manuscripts and, in 1981, a Bill to uphold the Book of Common Prayer, which was cleared on Second Reading.

Lord Sudeley, a very regular attender in the House of Lords, spoke out against the reform (or wrecking, as he called it) of the Lords, asking, "If it isn't broken why mend it?" He also said that since he believed inherited titles were inextricably tied to the monarchy that it was "odd that they just want to attack one institution and not the other". He also cited the wealth of governmental experience that the hereditary peers had accumulated from one generation to the next. During his membership of the old Monday Club he wrote for their journal Monday World (Winter 1971/2) a leading essay on "The Role of Heredity in Politics", produced a Club Policy Paper against Lords Reform in December 1979. In 1991 they published his booklet titled, and arguing for, The Preservation of the House of Lords, with a foreword by renowned traditionalist Sir John Stokes, M.P. 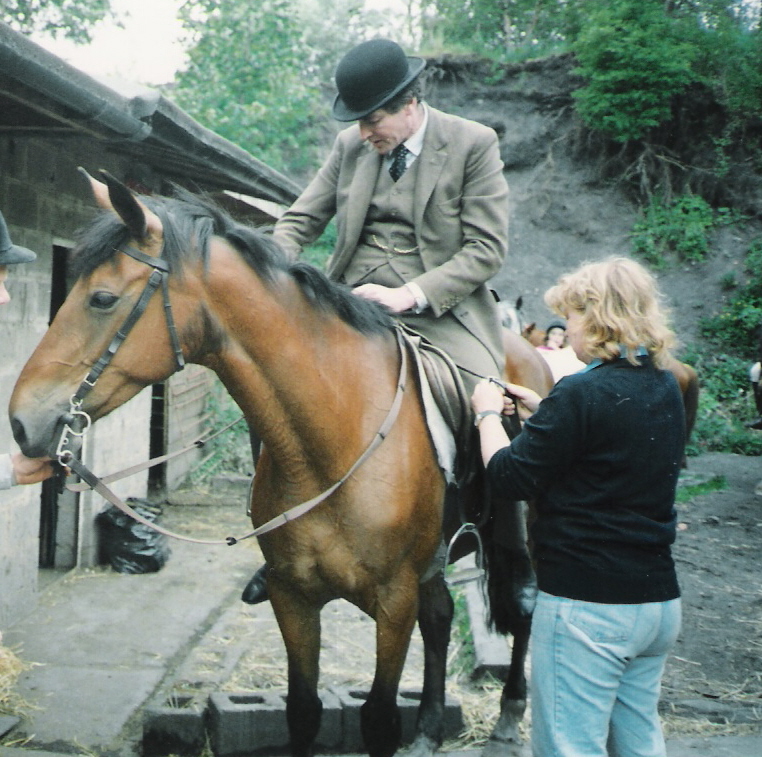 Lord Sudeley was sometime President of the Powysland Club. He once described in Who's Who one of his hobbies as "Ancestor Worship", with "Conversation" being listed in Debretts. His enduring love throughout his life, and in which he continued to take an active interest, has been for the former family seat of Toddington Manor in Gloucestershire, personally designed by the 1st Lord Sudeley to replace the medieval moated manor house built on land which had been in the family for 1,000 years.

At Easter 1985, in conjunction with the century-old Manorial Society of Great Britain (of which he sat on the Governing Council), Sudeley held a conference at his old home, the proceedings published in a volume entitled The Sudeleys - Lords of Toddington, taking the history of his family back to Thomas Becket's murder and ultimately to Charlemagne. On 21 November 2006 he arranged a further conference at the Society of Antiquaries (of which he was a Fellow) in London on "Visual Aspects of Toddington in the 19th century".

As a historian, Lord Sudeley has written many published essays, including “A History of the English Gentleman” for a German pharmaceutical magazine Die Waage, and  completed a history of the House of Lords to give ascendancy to its Tory as opposed to Whig history interpretation. The book is entitled Peers Through the Mist of Time,  the launch and reception taking place at Brooks's Club in London St. James, where Sudeley was an old member, on 28 September 2018, with a great gathering of his old friends. Toddington, the Unforgotten Forerunner, is Sudeley’s story of his Regency family home, personally designed in a pioneering blend of Perpendicular Gothic and Picturesque by his forbear Charles Hanbury-Tracy, ennobled by Queen Victoria as the 1st Lord Sudeley, later Chairman of the Commission for the Rebuilding of the Houses of Parliament in the same style, and the tragic and unexplained loss of the family seat, (Diehard Books, 2021). He is also author of a satire on Greek mythology (published in John Pudney's famous Pick of Today's Short Stories) and a quantity of politically-incorrect short stories mostly published in the London Miscellany magazine. In recent years Sudeley style-edited a definitive monograph on Azerbaijan's architecture, translated from the Russian.

Lord Sudeley is survived by his third wife (whom he married in 2010), Dr Tatiana Dudina, daughter of Colonel Boris Dudin. Lady Sudeley holds a doctorate in philology from Moscow State Linguistic University.