Including, Britain Awake (To New Labour); FN Successes In France; Rural Britain - Heart Of The Nation, Christianity and the Millennium, What We Stand For 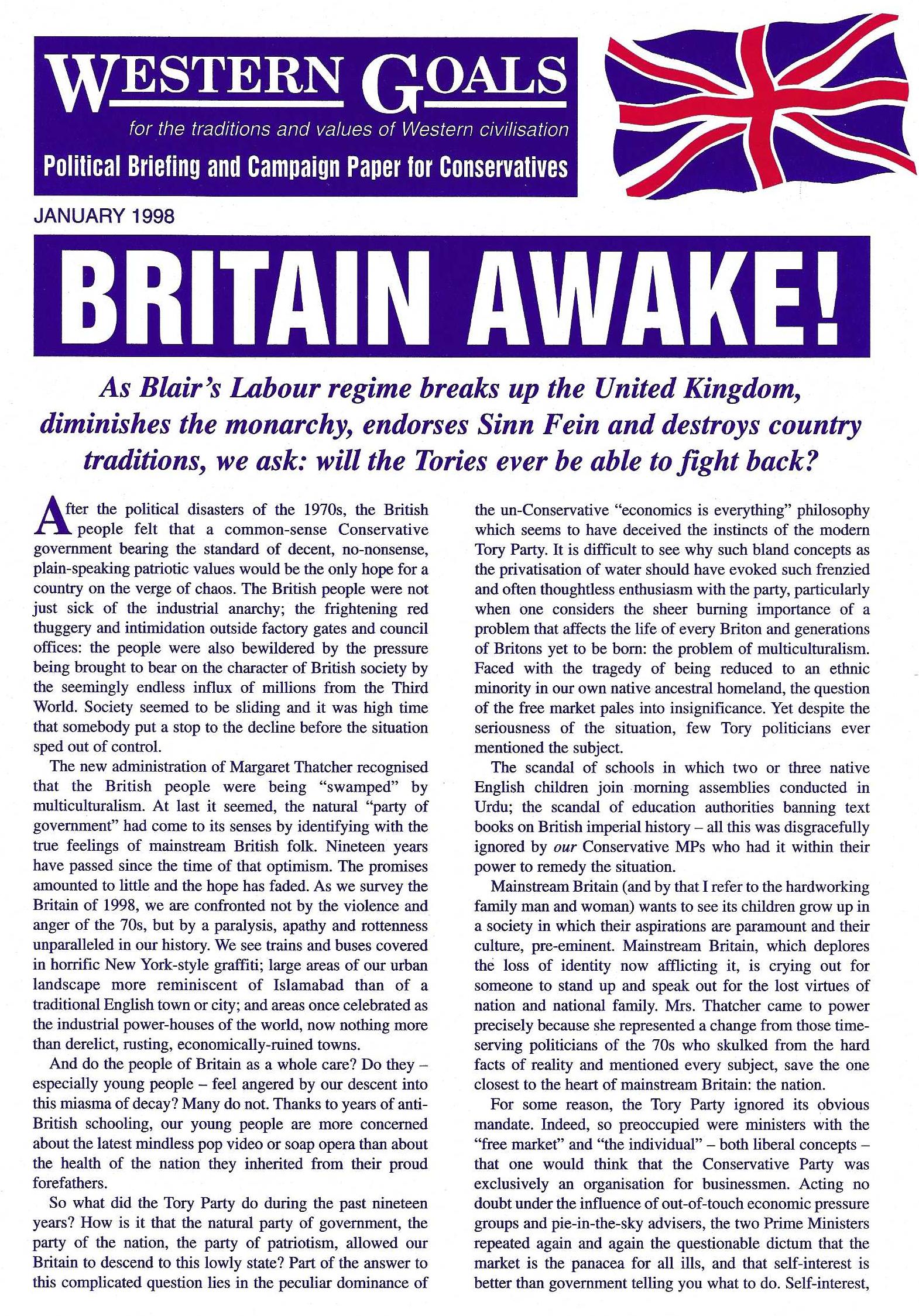 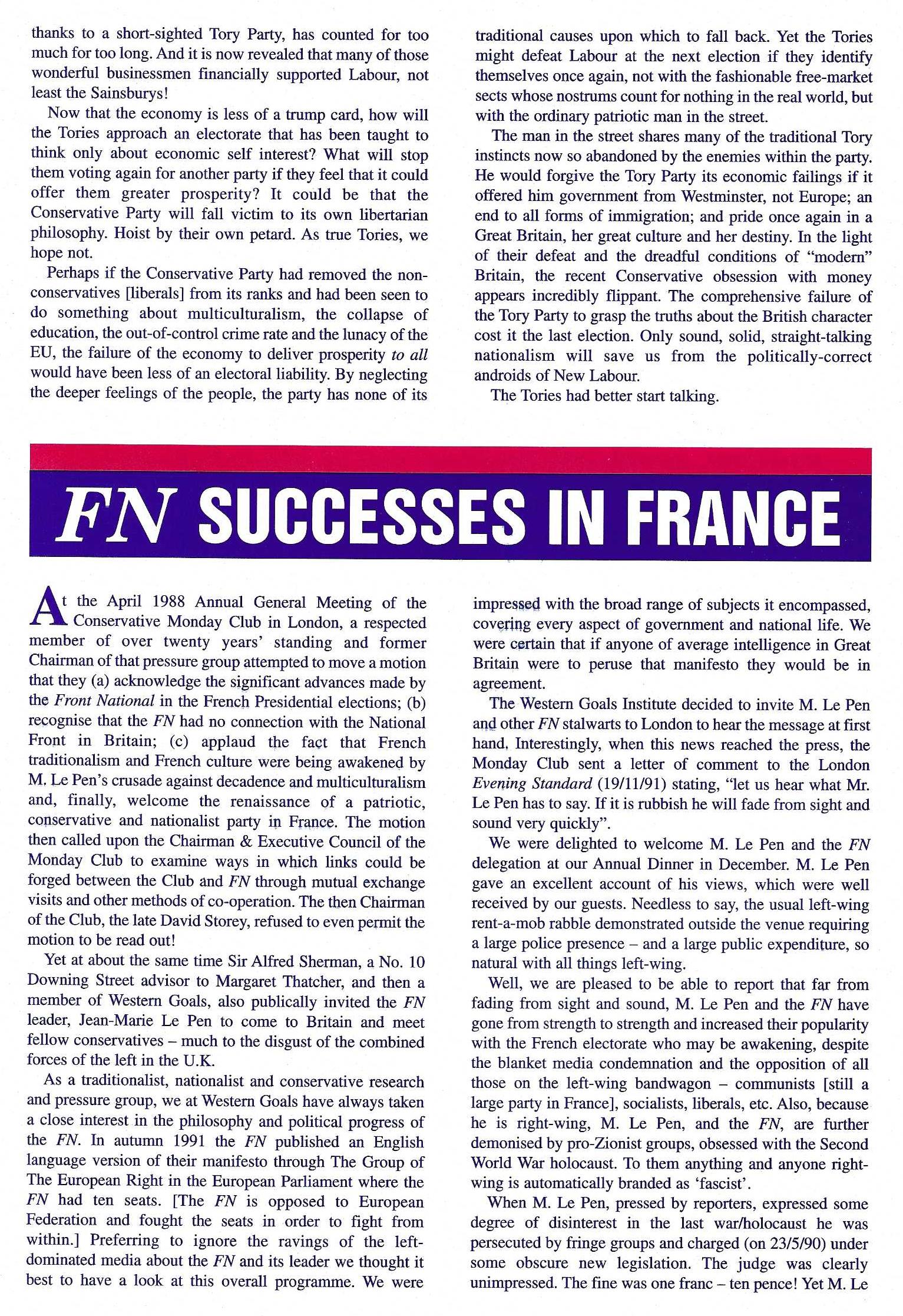 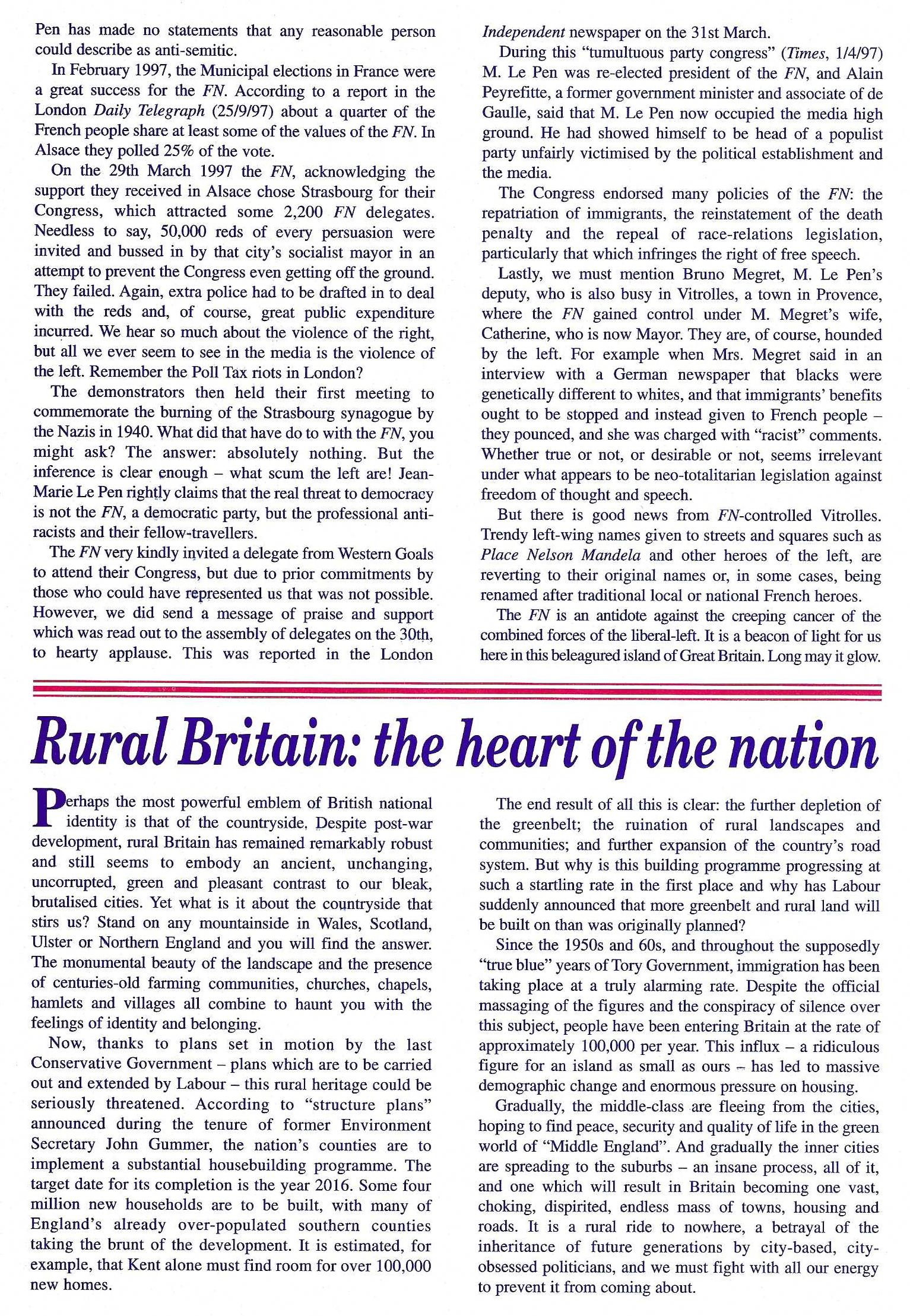 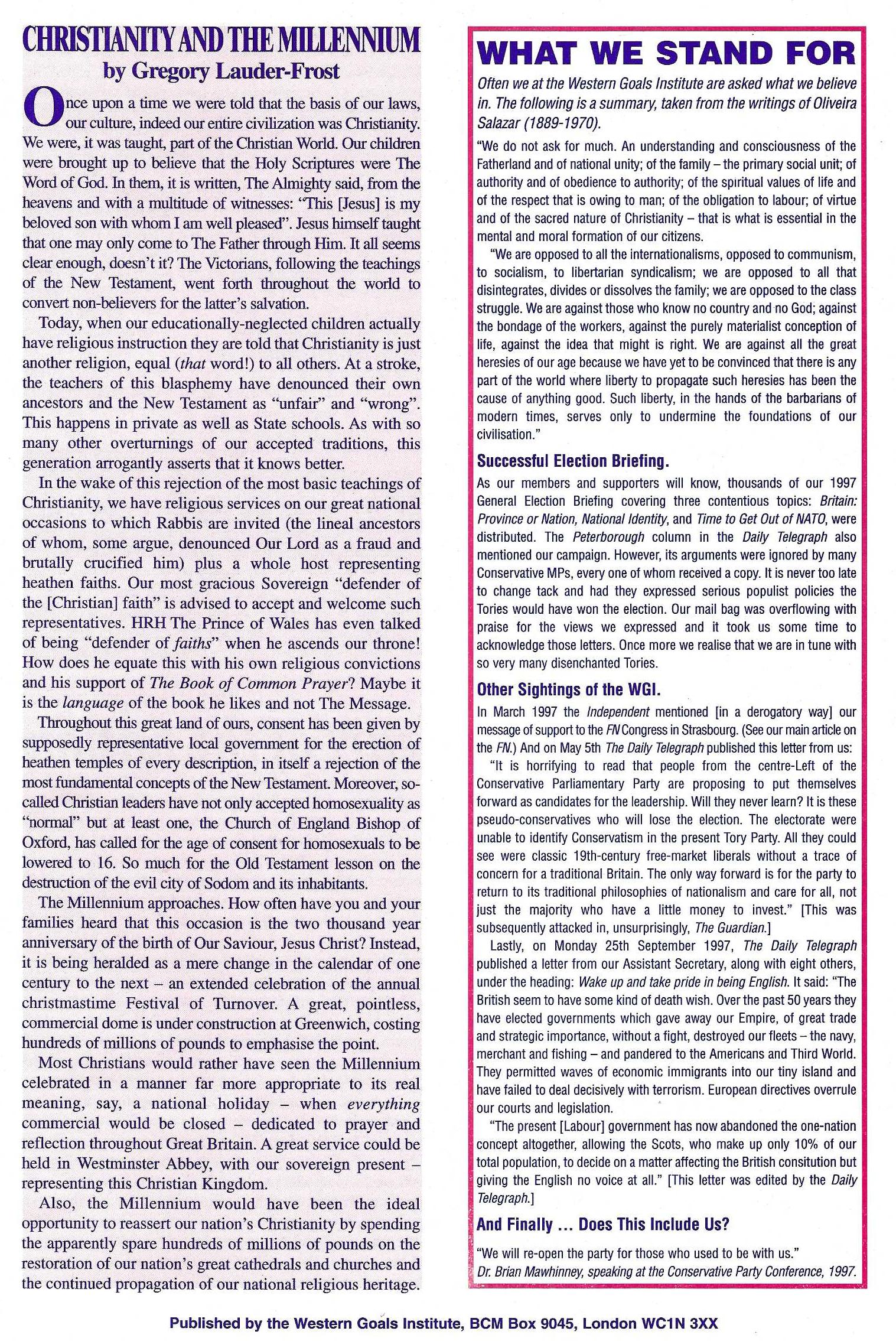